I’ve been thinking a lot lately about the concept of “sunk costs.” In economics and business decision-making, sunk costs are unrecoverable past expenditures that, under normal circumstances, should not be taken into account when determining whether to continue or abandon a project, effort, or initiative because costs that are already “sunk” cannot be recovered. 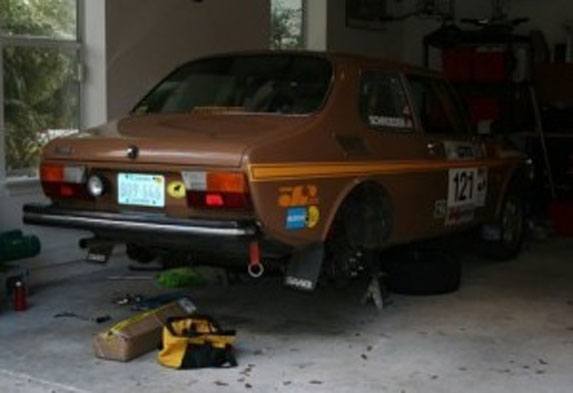 Inevitably, thinking about sunk costs reminds me of my “Saab stories.” I purchased a used Saab for $15,000 a number of years ago and then spent more than $5,000 on repairs for it over the next few years — not to mention the considerable time I spent at the repair shop and the stress I experienced each time the “check engine” light would blink on. But I kept sinking dollars into that Saab, if only to justify all the money I had already “invested” in it.

Organizations and bureaucracies often behave in a similar fashion. Rather than innovate, they choose to stay the course and keep sinking money into existing projects and initiatives simply to justify their previous investments. Indeed, government does this all the time. Two glaring examples — failing workforce development systems and inadequate treatment of veterans with post-traumatic stress disorder (PTSD) — are particularly noteworthy, given that we are fighting two wars and the unemployment rate is the highest it has been in decades.

On the workforce development front, the federal government continues to fund WorkSource Centers through the Workforce Investment Act (WIA). In 2009, the Department of Labor had a budget of $53 billion, a good part of which funded WorkSource Center “One-stops,” even though the average WorkSource Center only has a 20 to 40 percent success rate.

In contrast, truly innovative workforce development organizations such as Chrysalis, the Delancey Street Foundation, and Rubicon have achieved phenomenal outcomes with the “hardest to employ” — the homeless and individuals with multiple felonies. Even in this challenging economy, Chrysalis, a workforce development organization based in L.A.’s Skid Row area, helps more than 80 percent of its homeless clients secure jobs each year using transitional employment opportunities.

Sadly, the innovative workforce development models pioneered by these organizations receive only a pittance from DOL, forcing them to rely on variable and much more modest revenues donated by individuals, corporations, and foundations. Adding insult to injury, stimulus funds now going through DOL are simply getting dumped — sunk — into existing WIA programs and contractors/agencies already in place. This precludes workforce development programs lacking WIA contracts from receiving stimulus funds, even if those programs have been proven to be more effective.

It also pains me to see the government sinking funds into ineffective treatment for veterans rather than investing in proven models with better track records. The federally funded Veterans Affairs (VA) system offers a largely ineffective thirty-day Post Traumatic Stress Disorder (PTSD) support program that leaves most of the young men and women who complete it with persistently high levels of anxiety and depression and often no recourse other than to turn to drugs, alcohol, violence, homelessness, or even suicide.

There are existing programs that actually help veterans with PTSD develop the coping skills they need to face their anxieties and reintegration challenges. One such program is the Pathway Home for Returning Veterans, an LLC of Tides. Most veterans entering Pathway are referred by other VA hospitals because their PTSD or traumatic brain injuries were so severe that they had attempted suicide or were still suffering from seizures. Through its holistic 90- to 120-day program, Pathway has helped veterans with PTSD overcome their fears, secure jobs, and live healthy lives with their families. Indeed, its graduates consistently attest that the program saved their lives, armed them with the coping mechanisms to deal with anxiety, and even helped their families to better understand their PTSD.

Pathway’s successes could not have happened in the VA — they are the result of innovative partnerships involving nonprofits, the state of California, and donors who are committed to doing right by those who put their lives on the line for our country. Yes, a 90– to 120-day program is more expensive, but the long-term cost of PTSD is far greater when you factor in the social costs of homelessness, violence, long-term medical issues, drug problems, and so many other problems plaguing our veterans.

In his first months in office, President Obama said it was time for the government to invest in social innovation. Most of us in the social sector were delighted to see our efforts and good work finally get some recognition — even if it meant we had to ignore the fact that the federal government was willing to sink $85 billion into AIG to keep the giant insurer afloat or spend $13.4 billion on rescuing General Motors but was only willing to invest $30 million in social innovation.

That was then. The “official” unemployment rate in the U.S. is now over 10 percent. We continue to put the lives of brave young men and women on the line in Iraq and Afghanistan. It’s time for the public, private, nonprofit, and philanthropic sectors — as well as individuals — to invest in best practices and proven models of successful social innovation and to stop sinking money into organizations and efforts that no longer work, or never did.

Even I managed to learn that lesson. After four years of waiting in dealerships for more bad news, I finally bought a new car.

Farnaz Golshani is Director of Programs & Services for Tides. This post originally appeared on PhilanTopic, the blog of Philanthropy News Digest.

The Journey Begins With Trust