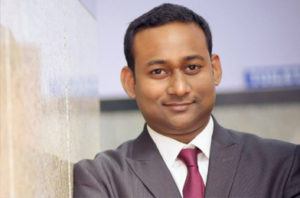 San Francisco, February 19, 2015 — In today’s staggeringly unequal world, the global charity Oxfam recently detailed, 80 enormously rich individuals hold as much wealth as our planet’s poorest 3.5 billion people. Amid this deeply rooted inequality, few commercial financial institutions have shown much interest in serving people of meager means.
But nonprofits across the world are now striving to serve these financially excluded, and, over recent years, they’ve been able to significantly scale up their efforts — thanks in no small part to the work of Vishwas Babu, the ninth annual winner of the Antonio Pizzigati Prize for Software in the Public Interest.
Babu has led the developing of Mifos X, an open technology platform that’s helping nonprofits large and small offer a full range of financial services — from savings to credit and insurance — at a reasonable cost. Over 100 organizations worldwide are now using Mifos X. They’re serving 2.5 million clients.

The 30-year-old Babu, a native of Bangalore who studied computing at the Visvesvaraya Technological University, first encountered what has become known as the microfinance movement six years ago. A friend starting a small financial services organization in his hometown was having technical trouble.
“He couldn’t afford commercial core banking systems from the larger vendors,” remembers Babu, “and the local products within his budget were buggy, unreliable, and offered very limited functionality.”
Babu and some colleagues started exploring the available open source core banking alternatives and stumbled across Mifos, which was at that time a web-based package for micro-credit organizations.
In short order, Babu was interacting with Mifos users around the world and gaining, he notes, “insight into how financial services for the under-banked worked” and “the opportunity to work with and learn from developers much smarter than me.”
Out of this interacting would come Mifos X, an entirely rewritten platform for financial inclusion. Mifos X is reducing the technology barrier for entry into financial services, making available both cloud and mobile-ready products that can be rapidly adopted and a core underlying functionality that enables local communities to quickly build their own enterprise-grade financial inclusion products and apps.
Luzviminda Coronado, the executive director of the St. Elizabeth Community Development Program in the Philippines, can testify to the difference Mifos X is making.
The software that Babu’s team has developed, Coronado explains, “can easily be used by an ordinary person even if you are not a technical individual.” Each screen comes across as “simple and intuitive and uses technology that performs well in low-bandwidth connections.”
Other vendors, she adds, charge high rates for their software and, as an organizations expand their services, “the charges also expand.” But, Coronado notes, “With Vishwas, if we expand, the cost is minimal and affordable.”

Even better, she points out, Mifos X remains totally client-driven: “Vishwas and his team listen directly to the features we need, then design and build them and make them immediately available through the cloud.”

The end result of this developer-client teamwork? “We have grown five-fold from 6,000 clients to more than 30,000,” says Coronado. “Having worry-free to access to technology that has grown with our organization allows me to focus on designing new services for our poor clients.”
Success stories like this bring a great deal of satisfaction to Babu, who now splits his time between Bangalore and Seattle. His ongoing aim: helping innovative financial inclusion organizations “better manage their operations and extend their services to as many unbanked people as they possibly can.”
Babu will be awarded the latest annual Pizzigati Prize this March 6 in Austin, at the 2015 Nonprofit Technology Conference of the National Technology Network. This event ranks as the world’s largest gathering of nonprofit computing professionals.
This year’s Pizzigati Prize judging panel included Joseph Mouzon, Julian York, Amy Sample Ward, and Erika Bjune, all veteran national leaders in public interest computing, as well as previous prize-winners Nathan Freitas, Micah Altman, and Donald Lobo.
“The judges once again this year had a wonderful pool of quality nominations,” observes Sonya Watson, the Pizzigati Prize coordinator for Tides. “Public interest computing is continuing to attract some of the most creative minds of our time.”
About The Pizzigati Prize
The Antonio Pizzigati Prize for Software in the Public Interest goes annually to an open source software developer who’s adding significant value to nonprofits and social change movements. Tides is the Pizzigati Prize selection process host.
The prize honors the brief life of Tony Pizzigati, an early advocate of open source computing. Born in 1971, Tony spent his college years at MIT, where he worked at the world-famous MIT Media Lab. Tony died in 1995, in an auto accident on his way to work in Silicon Valley.
The deadline for next year’s Pizzigati Prize nominations will be December 15, 2015. Applications forms and background information will be available later this year at the Pizzigati Prize Web site.
To learn more about Tony, the prize, and its judging criteria, visit www.pizzigatiprize.org.
by Sarah Lee