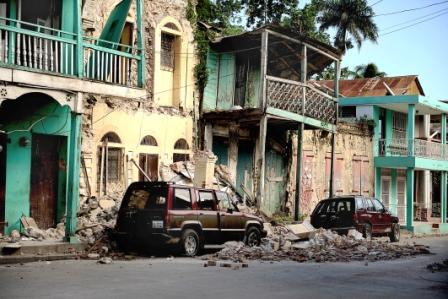 In the first year since the catastrophic January 12, 2010 earthquake, funds at Tides designated for Haiti total more than $1.4 million. This includes grants from Tides donors totaling $1,093,400 and donations to the Tides Relief and Reconstruction Fund of approximately $375,000. After a year, the impact of the earthquake is still felt everywhere in Haiti and there is still a long way to go to alleviate suffering.

Approaching our grantmaking through a lens of human rights, justice and sustainability, the Tides Relief & Reconstruction Fund is committed to second and third wave efforts to rebuild Haiti. The fund supports nonprofit organizations–in Haiti and in the United States–working to:

While major strides have been made since the earthquake, the extreme level of devastation combined with Haiti’s difficult political environment and the more recent cholera outbreak leave Haitians anxious to move forward with reconstruction more quickly. See the docket for Tides Relief & Reconstruction Fund: Sustainable Haiti 2010 and donate now.