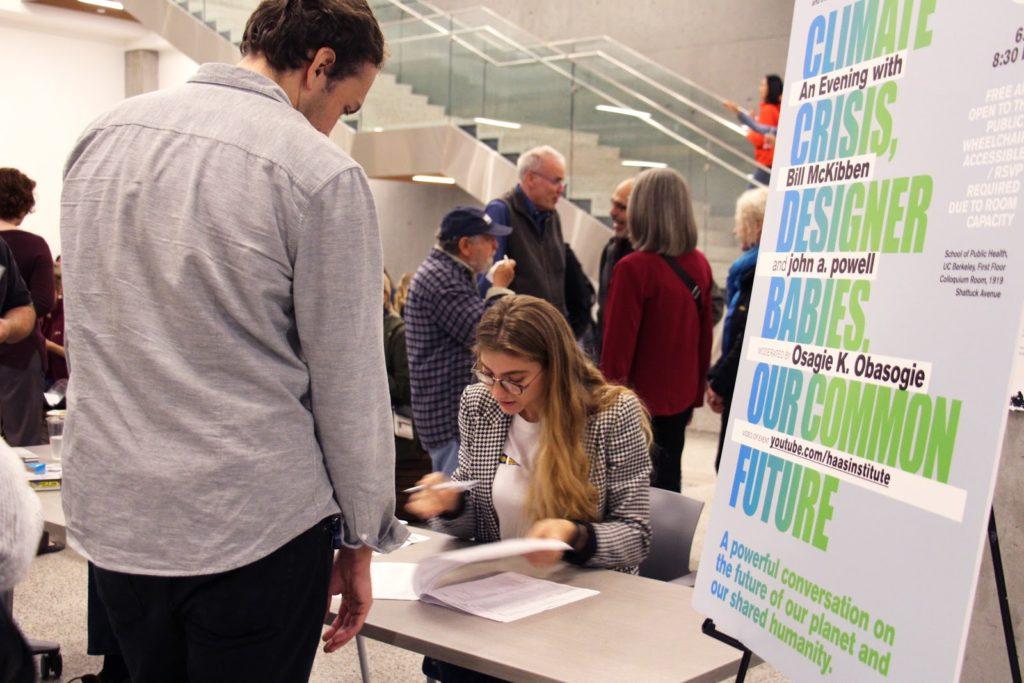 Checking in for Climate Crisis, Designer Babies, Our Common Future: An evening with Bill McKibben and john a. powell, October 18, 2019 in Berkeley

A little more than a year ago, at a high-profile conference on human genome editing in Hong Kong, a biology professor and biotech entrepreneur from Shenzhen, China made a startling announcement. Speaking just after the news broke, He Jiankui described to the hundreds of gathered scientists and journalists how he had created the world’s first genetically modified “designer babies,” twin girls he called Lulu and Nana.

The term “designer baby” refers to a child who would develop from an embryo or sperm or egg that had been genetically altered. The changes would affect every cell in that child’s body, and be passed to all their children and their children’s children. This process has become known as heritable genome editing. Although it was hypothetical until the birth of Lulu and Nana, the prospect of controlling the genes and traits of future generations – and the dire social consequences that could ensue – have been debated for decades.

Some uses of human genetic technologies raise obvious threats. In China, the government is coercively gathering DNA from Uighurs and other minorities in the context of mass detention centers involving a million or more people. The US Department of Homeland Security has begun collecting DNA from people in immigration custody and putting their genetic profiles into a vast criminal database maintained by the FBI; the program is slated to expand to hundreds of thousands of people annually, including US citizens. Private companies have also accumulated huge DNA databases, selling gene tests to unwary consumers with promises that “what makes you, you” can be found in your genes. These ideas are feeding a resurgence of the discredited idea that race is a biological rather than sociopolitical category – clearly a dangerous development at a time of toxic nationalism and growing xenophobia.

Concerns about genetic privacy and genetic surveillance – like those about digital privacy and surveillance – demand sustained attention and action from advocates for social justice and human rights. So do the threats posed by biological determinism and its racist implications. Perhaps less obvious, though connected both technologically and ideologically, is the looming peril that heritable genome editing could be harnessed to eugenic temptations, exacerbating the inequalities and discrimination that already divide us, and introducing them in new forms.

The question of whether heritable genome editing should be permitted is currently at the center of a raging debate.

The question of whether heritable genome editing should be permitted is currently at the center of a raging debate. On one side, some 40 nations have already adopted laws against it; 29 have signed on to a binding European treaty that bans it. A few key countries, including the US, China, and Russia, have no clear-cut laws, but do have regulations or guidelines that should rule it out. Many prominent scientists, physicians, biotech industry figures, bioethicists, and scholars concur with this policy stance. So do CGS and many other social justice advocates, who point to unacceptable risks for future children; women recruited to provide eggs for research or to gestate gene-altered embryos; people with disabilities whose conditions could be “edited out” so frequently that disability stigma would grow; and all of us who want to avoid a future in which some are considered genetically superior to others. From this perspective, scientists should be encouraged to develop gene editing for safe, effective – and affordable – therapies to treat people who are sick. But genome editing for reproduction, to alter the genes and traits of future children, should remain off limits. 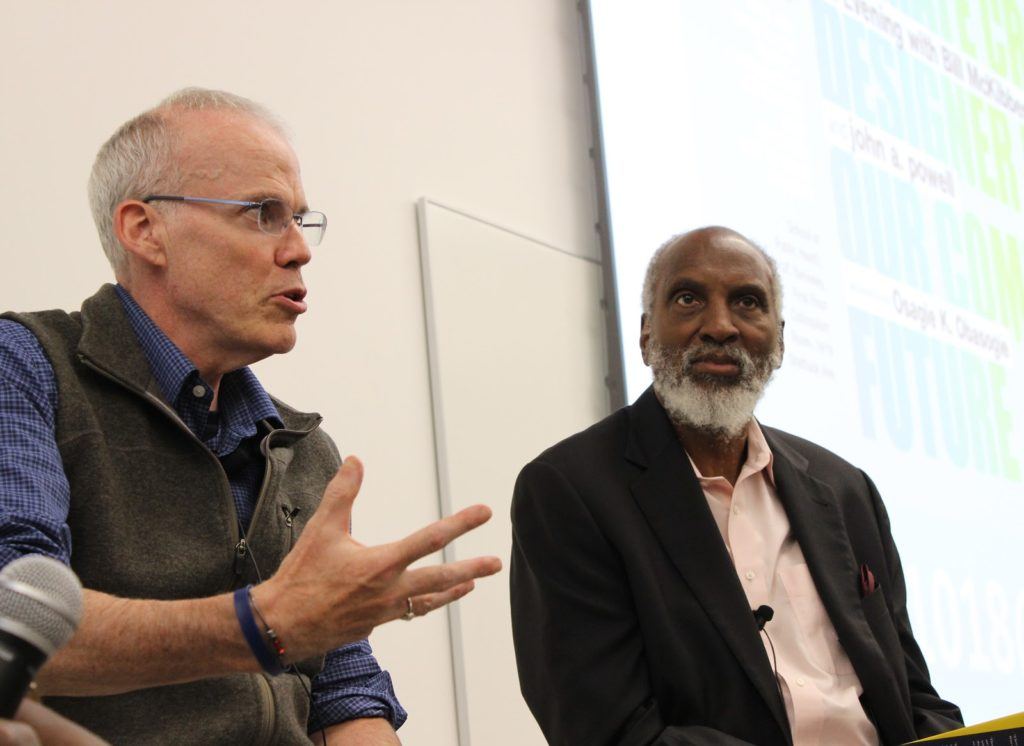 Others, however, including scientists and futurists in the United States, are eager to proceed with heritable genome editing. Some frankly acknowledge their enthusiasm for creating humans who have been genetically “enhanced” in various ways. And while no one believes you can get a high-IQ baby or a Stephen-Curry baby just by tweaking a few genes, there are scientific luminaries who have drawn up lists of genetic configurations they foresee targeting, from genetically simpler traits like fast-twitch or slow-twitch muscles, to more complex ones influenced by many genes.

Other proponents claim they are interested in heritable genome editing only to allow people at risk of passing on a serious disease to have unaffected children. But this goal can already be accomplished – in every case – with the use of third-party sperm or eggs. Prospective parents to whom it’s important that their child be genetically related to both can, in very nearly every case, use a well-established embryo screening technique. Screening and selecting embryos isn’t ethics-free; it raises thorny questions about what kinds of people we’ll welcome into the world. But it’s far safer and far less ethically fraught than manipulating the genes of future children.

So what could be expected to happen if heritable genome editing were permitted? Once approved by the US Food and Drug Administration for any application, “off-label uses” would be legal. Fertility clinics would begin to market genetic “upgrades” to parents affluent enough to afford them. The ad copy writes itself: “Don’t you want the best for your child-to-be? But remember, this really is a once-in-a-lifetime opportunity. You must act now, before you’re pregnant.”

For the fertility industry, this would be a whole new customer base. For parents, it would be a whole new area of peer pressure; some might see it as more reliable than bribing college admission officers or athletic coaches. Whether or not children who developed from genetically modified embryos were really smarter, stronger, or otherwise “enhanced,” they would likely be perceived as superior – and as we know from the sordid history of racism, these kinds of perceptions matter: powerful social and economic disparities and discrimination have been powerfully driven by false ideas about the biological “fitness” of some groups over others.

On a global level, heritable genome editing could vastly increase the already large disparities between the global North and South. Without international consensus and cooperation, differing laws could result in “ethics dumping” and new kinds of reproductive tourism. The results could be as dire as a world divided into genetic castes. 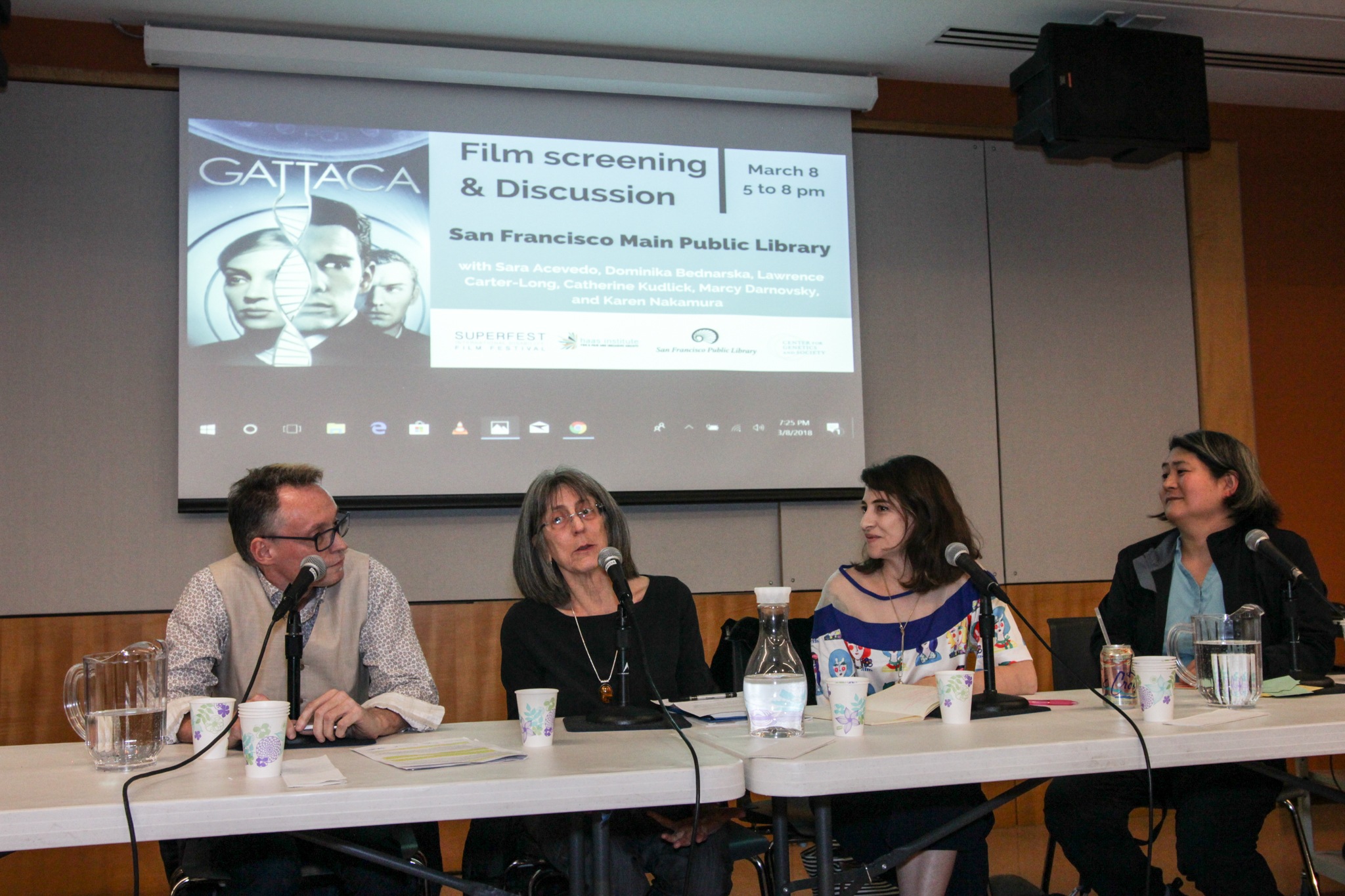 The Center for Genetics and Society and their allies have been drawing attention to these kinds of scenarios for close to 20 years. In the first weeks of 2020, the organization had the dubious satisfaction of seeing their concerns raised – and their language echoed – by the World Economic Forum. “[I]f (or when) gene-editing technologies become available to enhance physical, cognitive or behavioural capabilities,” said its annual pre-Davos report Global Risks 2020, “these could result in a society of genetically enhanced haves and the merely natural have-nots.”

One reason for optimism in the face of this sci-fi-scenario-turned-social-justice-dystopia is the wide and growing recognition that meaningful and inclusive public participation must be brought to bear on the question of whether to permit heritable genome editing. In the words of a bipartisan Senate resolution currently sitting on the docket of the Foreign Relations Committee, this decision “touches on all of humanity.” As one influential statement put it, heritable genome editing should not proceed unless and until there is “broad societal consensus.” The downside is that to date, few resources have been allocated to alert the public and civil society, or to enable their participation in the ongoing deliberations about heritable genome editing.

CGS, along with their partners and allies – advocates for reproductive, disability, racial, and environmental justice; publicly engaged scientists, scholars, and legal experts – are urgently working to put social justice and human rights considerations at the center of debates about human biotechnologies, and to bring public and civil society voices to the tables where future-shaping decisions are being made.

Help CGS raise awareness about the importance of these issues and spread the word:

You can also join CGS’s community by attending events and viewing webinars, such as:

The development of human biotechnologies is rushing forward. We must ensure that these powerful tools are used in ways that support rather than undermine human dignity and equality. 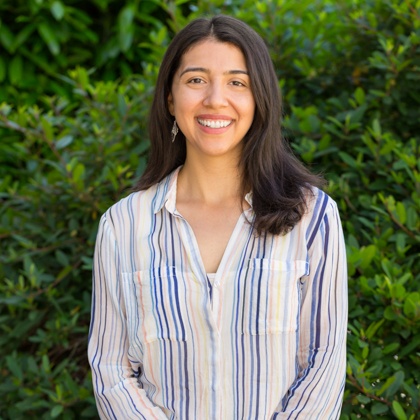 Paola N. Cubías, Tides Social Venture Advisor, is committed to supporting social change leaders operate their nonprofits as effective vehicles for social justice. She enjoys writing as a means to amplify the perspectives of field leaders and community voices within the Tides Network. Paola serves as the Advisor to CGS.

Marcy Darnovsky is the Executive Director of the Center for Genetics and Society (CGS) in Berkeley, CA. CGS was founded as a Tides Center project in 2001 to bring a social justice and human rights perspective to the societal risks posed by a range of human biotechnologies, and to encourage public understanding and policies that will ensure these powerful new tools are used for the common good. CGS has worked since then to alert civil society and policy makers to these challenges, and to spread the word through dozens of commentaries in daily newspapers, political publications, and scientific journals; and hundreds of media interviews.

In an Unprecedented Year, Tides Makes Strides Towards a World of Shared Prosperity and Justice

Read More
by Tuti B. Scott