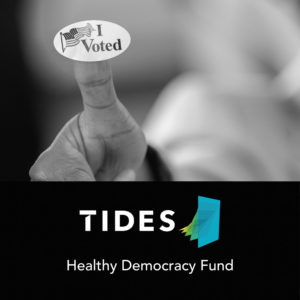 Launched in fall 2019, the Tides Healthy Democracy Fund (HDF) is a charitable fund that partners with social justice donor networks and movement leaders to foster a healthier, more inclusive, and more reflective democracy.

The primary purpose of the fund is to close the voter turnout gap and defend the voting rights of communities of color, young voters, and the economically disadvantaged. Our grantmaking is supporting national movements and targeted local campaigns through more than 50 organizations that:

HDF has also contributed to the overall stability of our frontline democracy organizers during this urgent moment, when COVID-19 is forcing many organizations to quickly replace traditional in-person canvassing strategies with innovative new approaches to community outreach.

Donate to the Healthy Democracy Fund to help create a democracy that is more reflective and representative of underrepresented communities—giving them greater voice and agency on the issues that affect their everyday lives. 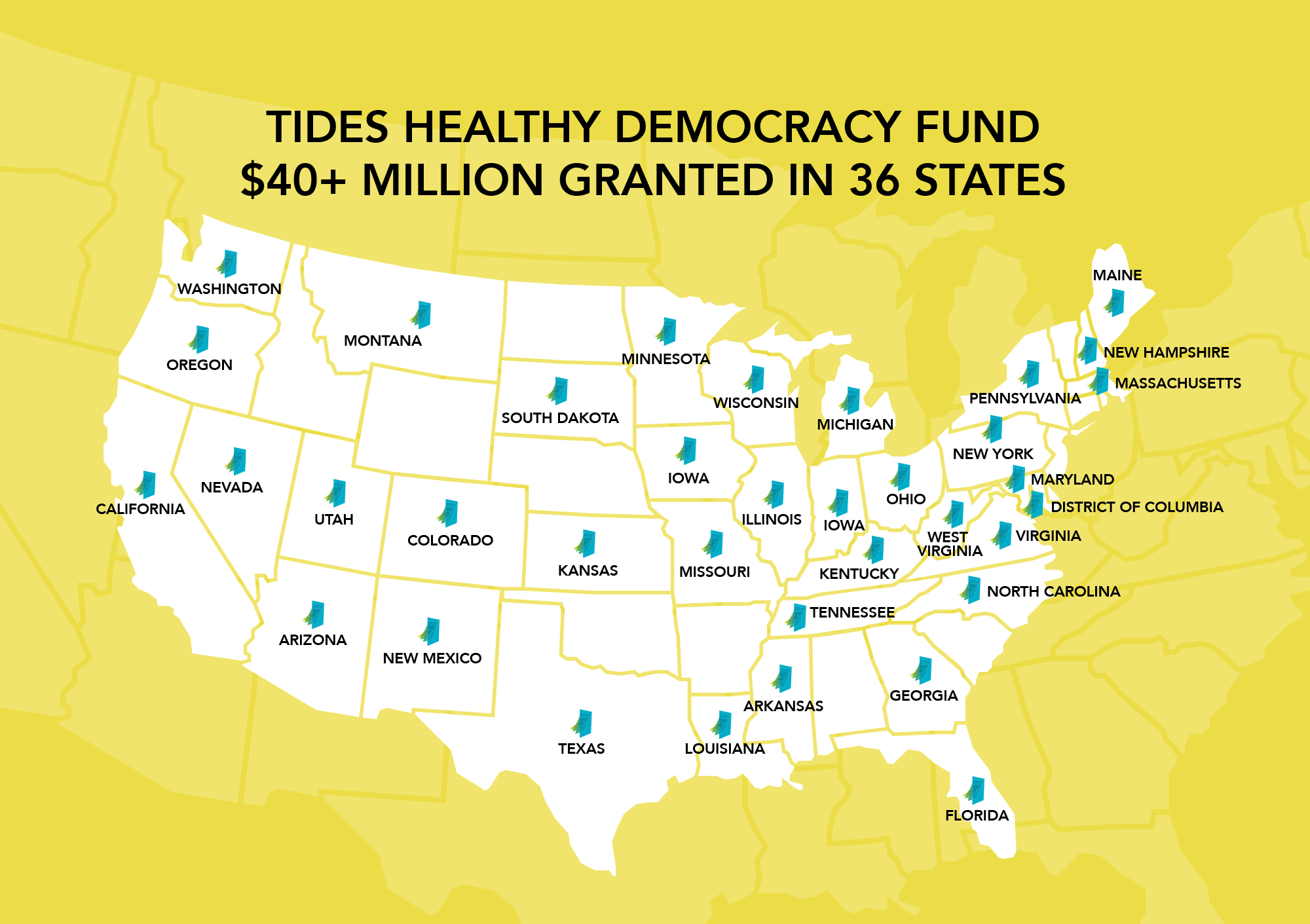 An Opportunity to Build Community Power and Participation

In 2018, Tides and aligned funders ramped up year-round investments in organizations that are increasing civic engagement in underrepresented communities. Thanks to the hard work and determination of the groups we funded on the frontlines, we experienced a nationwide uptick in voter turnout across demographics. In the 2018 November elections, 50% of eligible voters turned out to vote—marking the first time in over 100 years that number has been reached in a midterm election.

We have an opportunity to build upon this momentum beyond the 2020 Election. HDF targets community groups and geographies that are often overlooked, working under the radar, and affirming community power shifts. These include groups that are led by women, youth, and indigenous and rural communities, as well as Asian-American, Muslim, Latino, and Black people of color, who are prepared to have an enormous impact in key strategic areas:

Voter Turnout. Support community-based organizations that use all the tools at their disposal—coupling organizing and technology to close the turnout gap. Tides is supporting digital infrastructure and culturally-competent messaging/content development outreach.

Voter Registration. Expand the electorate through proven voter registration strategies—from postcards and voter guides to online and on-the-phone clinics—all crucial to closing the turnout gap in 2020.

Election Integrity. Invest in vote-by-mail advocacy and efforts to combat digital disinformation and polling security/legal support. The controversies in Wisconsin, Ohio, and Georgia underscored how the mass removal of voters from the rolls—often called voter purging—has moved to center stage the polarized fight over voting rights in the United States.

Year-Round Organizing. Strengthen local grassroots leadership, delivering on issue campaigns as well as registering and mobilizing its constituencies to vote. We’re committed to building long-term power for underrepresented groups and moving away from the “boom and bust” cycle that has historically dominated election-related funding.

Find out more about what the Healthy Democracy Fund has accomplished and see highlighted grants:

With your support and the mobilization of community-based organizations, we are creating a shift in government toward representation of the majority of Americans. Will you join our fight to promote a healthy democracy and voter participation by supporting this fund?

Give to the Healthy Democracy Fund now
by dana e. fitchett

Education in the Time of COVID-19: Responding to the Pandemic’s Impact on Schooling

The Time is Now: How Philanthropy Can Help Mobilize Women of Color Voters

To learn more about the Fund and the different ways you can support this work, please email us at [email protected]