Since starting a career in philanthropy, an unexpected learning has been that there’s so much more to it than just making grants. While grantmaking is/can be highly impactful, there are so many other ways to create change. This year, I was lucky enough to start working with a new partner—Talent x Opportunity Fund (TxO)—who truly brought this idea to life.

Led by Nait Jones, a partner at venture capital (VC) firm Andreessen Horowitz, the TxO Initiative approached Tides last summer with a mission to support entrepreneurs that typically lack access to VC funding. Together we created the TxO Fund at Tides Foundation, which works in collaboration with the TxO Initiative’s educational, networking, and mentorship efforts. The fund is the first of its kind at Tides—not only is its primary mechanism of impact direct investments, but even better is that all investment returns generated go back to the TxO Fund to support future entrepreneurs—more on this later.

On top of its innovative approach to philanthropy, TxO is breaking down barriers to funding, creating new opportunities for underrepresented entrepreneurs who face systemic barriers to accessing capital, and growing the space where it’s possible for new ideas to thrive. I was lucky enough to connect with Jones to learn more about how the TxO Initiative came to be and what the future holds.

Tell us about the Talent x Opportunity Initiative (TxO Initiative). What are the goals, and where did the idea come from?

The goal of the TxO Initiative is to help emerging cultural geniuses build durable, successful companies around their cultural innovations by providing them access to a new system of funding, training, and mentorship. Over the last few decades, Silicon Valley has built and refined an ecosystem for scaling technology companies, but the ecosystem for cultural breakthroughs is far less developed. With TxO, we aim to change that. 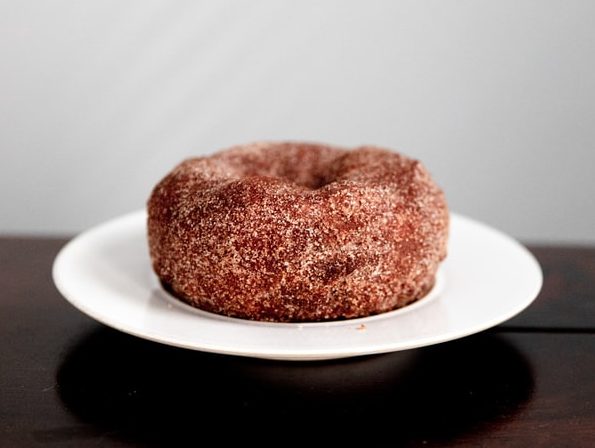 Elite Sweets has created a healthy, protein-rich donut—the kind of healthy snack that founders Amin Bahari, Amir Bahari, Caleb Bluiett, and Tim Cole wish had existed earlier in their fitness journeys. Through support from the Talent x Opportunity Fund, they are bringing a new healthy snack to others who are looking to eat well as they lose weight. © Sarah Shull

Last November you announced Cohort Alpha, the first cohort of participants in the TxO Initiative. The businesses themselves are incredibly diverse, ranging from a fashion company to a music platform. What barriers did they face to accessing funding through traditional means? Are there any common themes that unite them?

Capital tends to be the most obvious barrier to entry, and while that was the case for companies in Cohort Alpha, the even more consequential hurdle facing these founders is the lack of access to a meaningful network that will allow them to scale their ideas into global businesses. When you’re building a large business, there’s esoteric knowledge that you can’t pick up from just reading a book or sitting in a business class, e.g., the phone call that gets you into a meeting with an executive to close a deal, the niche talent you need to recruit, guidance on contracts, executive coaching, and brand building, etc. These are materially impactful to competing in business but without an adequate network become infinitely more difficult. By working within the TxO ecosystem of mentors, and with support from other TxO founders, we hope these entrepreneurs will close the accessibility gap.

The TxO Initiative, and the associated TxO Fund at Tides Foundation, is an example of “venture philanthropy”—a new term that is yet to be formally defined. What does venture philanthropy mean to you, and what does it mean to be one of the first working in this space?

We intentionally structured TxO to create a virtuous cycle. Returns generated from TxO companies are returned to the TxO Fund, so each generation of founders is paying it forward onto the next generation. That also incentivizes us to make the absolute best investment decisions—because future TxO entrepreneurs are counting on it. Venture philanthropy is how we define the approach.

Autumn Adeigbo, part of TxO’s cohort Alpha, is a Nigerian American designer with a vibrant, colorful aesthetic. Her multicultural fashion brand, Autumn Adeigbo, employs women-owned production facilities and is able to do so with support from the Talent x Opportunity Fund. © Karly Santiago

How has your partnership with Tides helped you get to your goal faster?

Tides has been an indispensable partner. The team has been sharp, creative, and astute in advising the TxO team throughout the creation of the Fund and has been motivated from the beginning to help us expand our mission of providing access to founders who have traditionally been hamstrung from participating in company building.

One of the things that excites me most about the TxO Initiative is that it has the potential for exponential impact, with the success of each cohort feeding those that follow. What social impact do you hope to see as a result of the TxO Initiative?

We hope to see cultural geniuses build big, successful companies from their ideas and maintain majority ownership along the way. Those two things may seem intuitive, but unfortunately that hasn’t been the case for a great many cultural geniuses. TxO is also structured in such a way that all returns generated by these holdings go directly back into the fund, with the hope that we can continue to support many future generations of founders.

As made clear by the very existence of the TxO Initiative, all too often outsider entrepreneurs face structural barriers that prevent them from accessing capital through traditional means. Until greater strides are taken to address the systemic racism that deprives deserving entrepreneurs of funding opportunities, what advice would you give them?

It takes an exceptional entrepreneur to have the endurance to build a lasting business, especially because most “breakthroughs” can take 10+ years to register real traction. In the short term, entrepreneurs should do whatever it takes to get their product into the hands of customers. In the long term, it’s important for founders to remember that they’re betting on themselves, that they know the direction the culture is going, and what they’re building is the most authentic version of where the demand will be. From there, tenacious founders build brick by brick.

In an Unprecedented Year, Tides Makes Strides Towards a World of Shared Prosperity and Justice