As many LGBT Pride celebrations take place around this summer (I myself participated in San Francisco, and for the first time, in Madrid), people around the globe also marked the 30th anniversary of the first diagnoses of HIV/AIDS—a milestone that serves as a reminder not only of the millions of lives lost, but also the powerful communities that are still standing up to fight HIV and support people living with AIDS.  As a platform for social change, Tides is proud to wear many different hats in addressing this multifaceted and still urgent epidemic, especially as research changes and new demographics become more at-risk.  By providing grantmaking and fiscal sponsorship services to a range of projects, and through the independent efforts of its staff and greater community, Tides contributes to critical work in the field including prevention, support and treatment, and global advocacy.

Learn more about three Tides projects that are leading the way in their respective approaches to fighting HIV/AIDS:

Young people under 30 years old account for 45% of new HIV infections. Even with this statistic 2/3 of young people do not believe that HIV is a threat. So begins the powerful new video for the HIV Young Leaders Fund, a youth-run project founded in late 2009 that seeks to prioritize the voices of young people and other marginalized populations in addressing HIV/AIDS, and to “fund the unfundable.”  Learn more from their powerful short film: 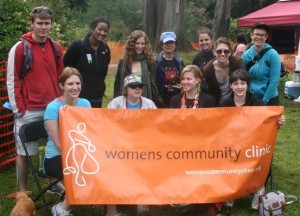 Founded in 1999, the Women’s Community Clinic in San Francisco uses a unique volunteer-based model to provide health services to women, girls, transgender, and gender nonconforming people who could not otherwise obtain coverage.  In addition to providing HIV testing and other sexual health services, the Clinic walked with 13 team members this past Sunday, July 17th for the 25th Annual SF AIDS Walk.  The Clinic raised a total of $6,185 that will be matched, so both the Clinic and the San Francisco AIDS Foundation will benefit from the team’s collective fundraising efforts. The Clinic staff, volunteers and supporters are very proud of the accomplishments that were made at the event, as they surpassed a fundraising goal of $5,000.

2011 marks the sixth year that the Women’s Community Clinic has participated in the SF AIDS Walk. The Clinic is incredibly grateful to the SF AIDS Walk and SF AIDS Foundation for their support and for all they to do support local HIV/AIDS service organizations.  Learn More > 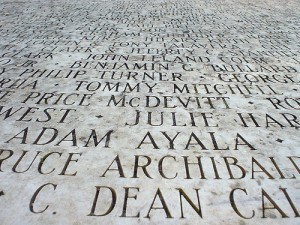 Since its conception in 1988, the National AIDS Memorial Grove in San Francisco’s Golden Gate Park has served as a dedicated place for gathering and reflection.  Much like the Vietnam War Memorial or other national monuments, it serves as a physical reminder of the epidemic and ensures that the memories of those whose lives were claimed will not be forgotten.  Still, it is more than just passive space, as it actively provides opportunities for people to come together to learn, heal, and continue to build community.

David Falzone, a Philanthropic Advisor at Tides, recently participated in one of the NAMG’s monthly work days where volunteers support the landscaping and maintenance of the Grove.  It was David’s first time and he didn’t attend as a Tides representative, but rather with a friend who has volunteered every month for the past ten years.  In addition to cleaning up the area and helping to restore the waterfall, David was moved by the healing circle and community lunch, which offered “a chance to commemorate and commune, and to meet people who you relate to but maybe would not have ever met otherwise.”  Learn More >