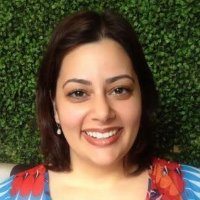 The 2016 Emerging Practitioners In Philanthropy (EPIP) National Conference took place in Baltimore last week. The three-day event was attended by 200 rising leaders that came from around the country to learn, connect and recharge. It is that rare space which encourages authentic conversations.

The majority of the participants were attending for the first time. They left their foundations to connect with peers in the field, network, and build their leadership muscles. Perhaps this was their first conference ever, as was the case of the two colleagues who joined me from Tides this year. Others add this to their annual conference rounds. In all cases, participants are there to field test new skills: moderate a panel, facilitate a workshop and wrestle new strategies and solutions. We shared the hardest parts of working within philanthropy– for our organizations, our profession, and as individuals navigating within them.

The focus this year was on Diversity, Equity and Inclusion. Panelists challenged us to observe and act on the disconnect between rhetoric and practice. In practice we were reminded that our field rarely reflects the communities it purports to serve, at least not at all levels. While sometimes hiring women, people of color and those on the margins, our organizations often do not make an explicit commitment to promote or retain that talent. To put it as simply as Rye Young, Executive Director of the Third Wave Fund, “It is not social justice. It is social same.” It is the reason that Melissa DeShields, Partner at Frontline Solutions advises to get comfortable with being uncomfortable. “Change comes when there is discomfort.”

Opening speaker DeRay McKesson, co-founder of Campaign Zero and Interim Chief of Human Capital for Baltimore City Public Schools, shared with us that he is a proud third generation reader. His comments point to the importance of bridging generational inequities in this country. The real meaning of protest he says, whether in the streets or in our daily work, is to bring trauma into the public. It is doing the work to speak of and restore justice. Susan Batten, CEO of ABFE: A Philanthropic Partnership for Black Communities shared her career strategy of using all the tools at our disposal and lead from where we are. We have the ability, says Susan, to lead from the bottom, the top, and–most powerfully–to “lead from the middle.”

For EPIP itself, it was an opportunity to honor the organization’s past and shepherd the new emerging leadership within the organization itself. First incubated at Tides and now in its fifteenth year, EPIP welcomed a new Executive Director, Tamir Novotny. Tamir encouraged conference participants to do just that-participate. He called on EPIP’s 1,200 members to engage in building EPIP’s present and future, become involved and lead one of the 13 chapters working locally across the country, and contribute to the upcoming strategic planning process. Most importantly, Tamir challenged us and our organizations to make diversity and inclusion a priority.

Perhaps what I will take with me through the next year of practice is the simple and powerful message shared by Shawn Dove, CEO of the Campaign for Black Male Achievement and Board Member of Tides project, Cities United. “We have more power than we admit. The question is, will you claim your power.”

Irini Neofotistos is Advisor to EPIP, a fiscally sponsored project of Tides. She has worked in philanthropy since 2006. This was her second time attending the EPIP national conference.