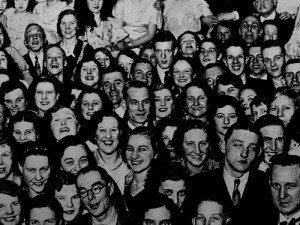 Much has been made, and appropriately so, of Rush Limbaugh’s recent attack on a Georgetown student who was advocating that contraception be covered by health insurance plans. After calling her a “slut,” a “prostitute,” and suggesting that she post images of herself engaged in sexual acts online for others’ viewing pleasure (including his), calls for companies to pull their advertising from Limbaugh’s show have escalated. As well they should.

But the truth is that this most recent birth control battle is just the most visible reminder of the ways in which women’s equality is still being contested and is far from complete. The fight around birth control represents a resurgence in efforts to relegate women to stereotypical gender roles and suggests that women can’t make their own decisions about their bodies. But in almost every sphere, women’s equality has yet to be realized and stark disparities still exist.

Full time women workers earn only 77 cents for every dollar earned by men.[1] In 2010, the poverty rate among women rose to 14.5 percent (representing over 17 million women, compared to 12.6 million men)—the highest rate in 17 years.[2] Women represent nearly two-thirds of minimum wage workers. (A person working full time in a minimum wage job earns just $14,500, which is $3000 below the poverty line for a family of three.)[3] For women of color, the economic picture is even starker. According to a 2010 report, nearly half of all single black and Hispanic women have zero or negative wealth (when debt exceeds assets).[4]

On the other end of the economic spectrum, women hold only 14 percent of executive officer positions at Fortune 500 companies and only three percent of CEO positions.[5]

And despite being half the population, women still occupy only 17 percent of seats in the House and Senate.[6] In the media women don’t fare much better. Women account for only 22 percent of the leadership positions in journalism, and women of color account for less than 17 percent of female news staff. The average male to female ratio for bylines at 11 of the top political and intellectual magazines is 7:1. Of the top 15 media corporations, all CEOs are male and only 17 percent of board members are women. [7] A 2010 Global Media Monitoring Project study found that significant gender disparities exist when it comes to who is cited as experts. Beginning at the age of 19, men were at least 11% more likely to act as experts, and the gender gap only widens with age. In the age group of 65 or older, men appear as experts 68% more often than women.  In that age group, a woman is almost as likely to be cited as an expert as a 13-18 year old man.[8

It is difficult not to think that there is a relationship between the scarcity of women in leadership positions in government and media and the poor quality of public discourse when it comes to women’s issues, as demonstrated by the Limbaugh incident.

Women are grossly under-represented in positions of power, and over-represented in categories that reflect extreme vulnerability. This disparity in power inevitably leads to a world that resembles the one Rush Limbaugh wishes to inhabit, where women are punished for exhibiting their independence and required to debase themselves for others’ amusement.

As strange as it may sound, Rush Limbaugh has given us a gift; he has provided us with an important moment of opportunity. With so much heightened engagement and awareness about what’s really at stake in this birth control fight, we have an opportunity not only to mobilize more people to action, but also to draw attention to some of the other areas, like the ones mentioned above, that represent equally egregious examples of inequality.

And, though of course we need to fight these attacks as they come along, they are also an important reminder of the need to have a long-term game plan for a positive agenda that will right some of these wrongs and bring about real, lasting equality for women and men.

On this International Women’s Day, I think the best thing we can do to honor those that came before us who fought so mightily for women’s rights is to continue their struggle. There is certainly ample opportunity.

Wakanda World Can We Build Together? A Conversation with Romy Justilien

Something’s About to Change for LGBTQ Youth Organizations