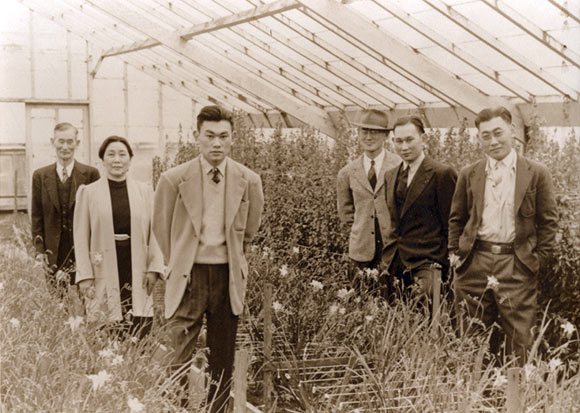 On January 30th, California celebrated the inaugural Fred Korematsu Day of Civil Rights and the Constitution – the first day in U.S. history to be officially named after an Asian American – honoring the life of an exceptional individual who fought against the forced internment of over 120,000 Japanese Americans during World War II.  In 1942, at the age of 23, Korematsu was arrested near his San Leandro, CA home for refusing to go to a camp with the rest of his family, and was convicted for defying Executive Order 9066, signed by President Franklin D. Roosevelt (who, so famously, in his first inaugural address spoke about his belief that “the only thing we have to fear is fear itself”).  He was sent to an “Assembly Center” in San Bruno, CA, where he and others lived in horse stalls of an abandoned racetrack before he and his family were transferred to an incarceration camp in a Utah desert.  Represented by the American Civil Liberties Union, Korematsu appealed his case all the way to the U.S. Supreme Court, who – in its landmark December 1944 decision – ruled 6 to 3 against him, declaring that the incarceration was not caused by racism, but was a “military necessity.”

It wasn’t until 1983 that a legal team of pro bono attorneys, many of whom were third-generation Japanese Americans, reopened Korematsu’s case, resulting in the overturning of his criminal conviction in the U.S. District Court of Northern California.  Despite his case being overturned, the Supreme Court precedent of “military necessity” still stands, and leaves open a dangerous means for hateful and misdirected retribution, especially at a time when there exists great insecurity about personal livelihood, fear of terrorism, and heightened intolerance and xenophobia.

As I watched the screening of the documentary about Fred Korematsu during the day’s celebrations, I reflected on how calls for more civil discourse and engagement are attempting to counterbalance the polarizing diatribes that have recently and historically led to violence.  Specifically, how so many of these discussions only come after-the-fact, when racial, ethnic, and political profiling have already biased and influenced our culture such that any maligned group has no other choice but to defend itself in the face of hate and ignorance.  That in these hostile contexts, the ability to have truly inclusive and just discourse is already almost inherently impossible.

As Korematsu’s case – especially as one event in the course of our history of oppression and struggle – demonstrates, it is never too late to seek social justice, but how can we get the point where we truly learn from history so that we can prevent these wrongs in the first place?  In an age where people globally are more connected through technology, how do we create more safe spaces for us to truly learn from and about each other?  How have your own experiences affected your understanding of other cultures, and how do you feel you have been best able to dialogue with others?

Tides is focused on both civil discourse and racial justice in our work with donors and projects. Please join the conversation by commenting and learn about Tides’ National Dialogue on Tolerance.

Tides Decries the Continuing Violence and Terror against Black Communities