For democracy — and activists for social change — the online world can be an incredibly dangerous place, a fiercely contested terrain teeming with advanced surveillance technologies and corporate business plans that perversely share and exploit private user data.

Andre Bianchi has dedicated his career to confronting these dangers, most recently through his work nurturing the LEAP Encryption Access Project, an open source effort that’s helping activists and nonprofits communicate and organize freely and securely across the United States and Latin America.

This work has earned the 34-year-old Brazilian the 12th annual Antonio Pizzigati Prize for Software in the Public Interest. The $10,000 Pizzigati Prize honors software developers working to fashion open source applications that aid activists and nonprofits in their ongoing struggle for social change and renewal. 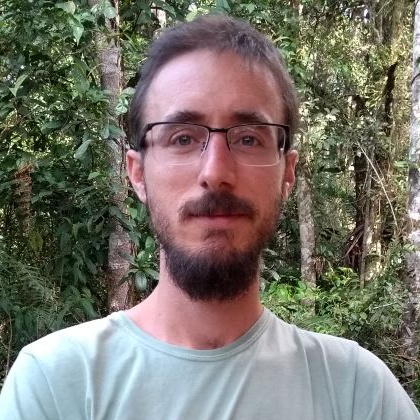 Tides, a partner to philanthropists and activists worldwide, hosts the prize selection process and will formally present this year’s honor later this week in New Orleans at the annual Nonprofit Technology Conference, the nonprofit sector’s signature technology event.

In an online world where behavioral tracking and cyberattacks have become commonplace, Bianchi’s work is helping both nonprofit organizations and individual activists, journalists, and human rights defenders gain easy access to localized tools for secure communications.

On the server side, LEAP automates most labor-intensive tasks. On the client side, LEAP includes a one-click, end-to-end encrypted email and VPN application that can keep user data safe even if an attack compromises a service provider. With LEAP, activists can use their current email software and still have their “right to whisper” — what Bianchi sees as “a precondition for a free society” — protected.

“Without the right to whisper, social change becomes impossible,” the São Paulo native notes. “As the importance of digital communication for civic participation increases, so does the importance of the ability to digitally whisper.”

Bianchi started concentrating on digital security issues early this century as a member of tech collectives working with social movements to democratize communications. He helped develop an email provider created in 1999 that today sends over 1,000,000 emails a day. That experience, in turn, led Bianchi to LEAP’s start-up five years ago. He now serves as the project’s lead email developer.

Activists trying to secure their communications, Bianchi points out, have down through the years faced “confusing software, a dearth of secure providers, and a greater risk of being flagged as potential troublemakers.” As a software developer, he’s endeavored to attack these problems by making security software easier to deploy and use.

The LEAP team has received support from groups ranging from the Open Technology Fund and the Freedom of the Press Foundation to DuckDuckGo. The project is also working with the Mozilla Foundation and is planning on releasing a new version of LEAP’s secure email in 2018.

Through all of these efforts, LEAP has demonstrated a commitment to the open source ethos that goes beyond simply publishing code with a free software license. The project’s team members make themselves continually available through a variety of channels and collaborate actively with other projects to mentor young developers and foster gender equality in open source development.

LEAP’s work on behalf of a more secure online world has, until recently, gone on in society’s shadows. The public at large has seldom focused on online security issues. That has all now changed. The threats that once seemed to the public “abstract and paranoiac,” says Bianchi, have become “undeniable facts.”

“On the one hand, our worst nightmare became true,” he adds. “On the other hand, people not technically savvy now have a much greater understanding of how technological monopolies can now determine the political future of nations — and the world.”

“Our judges have worked hard over the years to identify developers addressing issues just emerging as matters of broad public concern,” observes Sonya Watson, the Antonio Pizzigati Prize coordinator for Tides. “This year’s winner, given today’s headlines, could hardly be more timely.”

The deadline for next year’s Pizzigati Prize nominations will be December 15, 2018. Application forms and background information will be available later this year at pizzigatiprize.org.

About the Pizzigati Prize

The prize honors the brief life of Tony Pizzigati, an early advocate of open source computing. Born in 1971, Tony spent his college years at MIT, where he worked at the world-famous MIT Media Lab. Tony died in 1995, in an auto accident on his way to work in Silicon Valley.

To learn more about Tony, the prize, and its judging criteria, visit pizzigatiprize.org.

Community Building Through Fundraising: Insights from the Field