Sadly, it is March and I am finally getting my New Year column written. Better late than never. Last year was such a strange, emotional, and divisive time that many of us greeted 2018 with a sense of hope and a renewed desire for action. For all of us working in the world of social change as funders, activists, advocates, policymakers, and citizens, we have a lot to be proud of—and, we know, a lot of work ahead.

I’m not opposed to resolution making or trend-watching, but after spending the last month with an inbox full of snippets of resolutions and trends, I am skeptical: will any go deep enough to lead to meaningful change in the world?

Change only comes when we get beyond awareness and focus on our own behavior. That means finding bold new ways to connect people, organizations, and communities, and going deeper into building lasting understanding and commitments. That is why, as I look forward to 2018, this is what is top of mind for me: more bridging.

The concept of bridging is not new; there is deep social science research about why it’s an essential part of who we are as individuals and groups. Long before he wrote the 2000 bestseller Bowling Alone, Harvard University political science professor Robert Putnam has been studying the concept of social capital—the value of our connections with other people. Putnam distinguishes between bonding social capital, which is exclusive, and bridging social capital, which is inclusive.

Bonding social capital refers to our connections with the people most like us, and to whom we are closest. Bridging social capital is our links to people who are different, in some way. That way could be religion or race, livelihood or class, region, age, or political persuasion. Or any combination of the above, or anything else, really.

In a late 2016 interview for the Freakonomics Radio podcast, Putnam discussed the origin of his research and his observation that a decline in bridging social capital was connected to the rise of television—a 1960s era innovation that feels almost quaint in the age of social media. While the myriad ways technology unites us and divides us (and how that impacts our communities and our connections) is the subject of another column entirely, what matters is, as Putnam says: bridging is essential for a modern, diverse democracy.

Yet here is the paradox: the more diverse we are, the more difficult it can be to bridge: “that diversity brings out the turtle in us,” says Putnam. “That in a more diverse setting, everybody kind of pulls in and disconnects from their neighbors.” 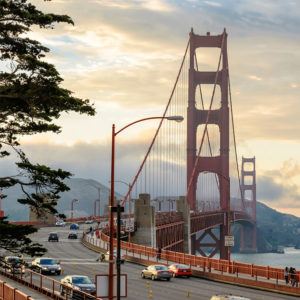 We all know the value of trying to understand people with whom we disagree. But we are so polarized these days, bridging might seem to be arduous, or even impossible. This is clearly the case between two political or philosophical extremes, but also even within like-minded groups themselves. Just think of the larger “left-leaning” people and organizations. Are the groups that believe in social justice, climate change, or healthcare as a right working hard to bridge among themselves? Are environmental rights advocates doing a good job bridging with racial justice groups? Think of some of the moderates you know: are they bridging with the progressives, with the establishment? Are you bridging with your neighbors, with whom you may agree on immigration but not agree on government regulation?

It’s becoming clearer and clearer: if we want to live in a vibrant, diverse democracy, we have no choice but to become better bridgers. Bridging is all about empathetic listening and engagement. It’s about getting past the issues in order to connect with someone else’s interests. And then, from their interests, to connect with their values, and then their values to their being.

Bridging is about acknowledging the humanity of the other side and giving them the benefit of the doubt. It’s an idea that is core to Tides’ work to accelerate the pace of social change.

“Bridging is [the idea that] yes, the world is changing, we are changing as a culture, a people, but it’s good – people always change,” says john a. powell, a past Tides board member who is currently the Executive Director of the Haas Institute for a Fair and Inclusive Society, at University of California, Berkeley.

At the end of 2017, powell co-authored an article with Arthur Brooks, president of the American Enterprise Institute, entitled “America Can’t Fix Poverty Until it Stops Hating Poor People” an idea that itself illustrates the toll of breaking down bridges. While the philosophies that these two men represent couldn’t be much further apart from a policy perspective, powell and Brooks were, through bridging, able to connect in order to write the piece. Subtitled “A Bipartisan Plea to Stop ‘Othering’ Those Who Live on the Economic Margins,” it demonstrates how true transformation is impossible as long as one group regards another as unworthy.

In a video interview about the article, powell explains that bridging begins with the idea that everyone has a story—and that if we each take the time to know it, we will all be better together. As powell says, it is also about saying to the other person, “I want to hear why you’re here and more importantly, I want to hear why you’re suffering.” This kind of listening can be difficult but profound; ideally it also inspires the other person to pursue deeper inquiry.

During periods of great change, there come moments when the approaches that governed the past are no longer enough to get us through the years ahead. I am asking all of us to use the bridging tool; it can help overcome polarization, help find effective solutions, and help build partnerships and coalitions. When you take the time to understand someone’s story, you will often be surprised at what you hear that can overcome preconceived ideas or bias. When you bridge you see challenges in new ways, and you get exposed to different tools and different mindsets that can open up new innovative solutions.

We must remember that since the beginning of time, solutions to our most urgent problems have come from unlikely partners in unlikely places. Working in partnerships and coalitions is hard, but if we use the skills of bridging, it might just get easier. Clearly, the status quo is not working. Let’s move beyond our own biases, establish deeper understanding and trust, and work toward a more just, sustainable, and prosperous world. 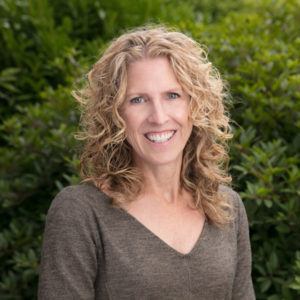 Kriss Deiglmeier is the Chief Executive Officer at Tides.