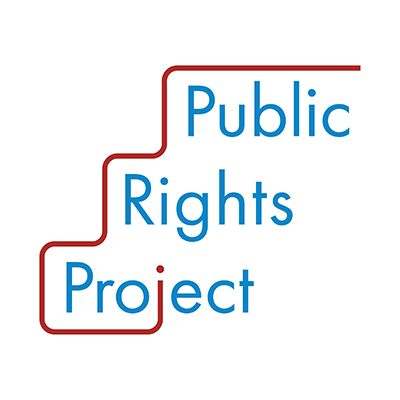 From the Justice Department implementing the Civil Rights Act of 1964 to the launch of the Consumer Financial Protection Bureau, the federal government has played a critical role in enforcing civil rights and economic justice laws in the last 50 years. Under the current federal administration, federal agencies have stepped back from this enforcement role, leaving a critical void in defending these rights. The Public Rights Project, a new Tides social venture, aims to fill that void by empowering cities and governments with the talent and resources to take on these critical battles.

As Jill Habig, founder and president of the Public Rights Project (PRP), says in this fellowship launch article:

Launched in 2017 at Tides and scaling rapidly, the Public Rights Project is dedicated to eliminating the gap between the values expressed in our laws and the lived reality of our most vulnerable communities. PRP empowers state and local prosecutors to protect the core rights and freedoms that define us as Americans by providing them with talent and resources to more proactively enforce their residents’ legal rights.

In Gary, Indiana, the Public Rights Project is co-counsel in a critical immigration rights case, working to defend the city’s right to protect public safety for all city residents regardless of immigration status. In May 2017, Gary enacted its welcoming city ordinance, which prohibits local officials, including police, from requesting immigration status information unless a court order requires them to do so. In late 2017, Citizens United architect Jim Bopp filed a lawsuit claiming the Gary ordinance violated Indiana state law. In the lawsuit itself, the plaintiffs position the case as the first salvo in a potentially nationwide effort to rollback co-called “sanctuary city” policies.

The case is currently in its early stages, with PRP and its co-counsel submitting a brief that defends Gary’s city ordinance in March 2018. Tides’ legal team worked to structure insurance policies that enable Jill and the PRP team to be a co-counsel in this critical case, laying the groundwork for future cases down the road in what will surely be an ongoing and nationwide effort.

In addition to directly defending core rights, PRP will bring additional resources to the state and city level through its Fellowship program. Think Teach for America, but with a focus on strengthening city attorney, district attorney, and attorney general’s offices across the nation. PRP’s fellowship program will bring talent and tools to proactively enforce economic justice, immigration and environmental justice laws on behalf of residents.

Fellows will start September 2018 in the Oakland City Attorney’s Office and Massachusetts Attorney General’s office. Senators Elizabeth Warren, Kamala Harris, and Cory Booker discuss the importance of the Public Rights Project and its new fellowship program in the powerful video below:

The Tides team is working with PRP to structure the fellowship program appropriately for the launch and for future growth as the fellowship spreads to more cities and states in the years to come.

Cities and states lead the fight for our immigration and civil rights, and the Public Rights Project team recognizes the need to step into this critical fight and moment. I am proud to support PRP as their Advisor here at Tides, helping identify potential roadblocks to their critical work and quickly finding lasting solutions. I can’t wait to see, and support, what comes next for PRP and its partners.