Between October 1, 2017 and May 31, 2018, thousands of children have been forcibly separated from their parents by the U.S. Government, as a matter of policy, in connection with crossing the border into the U.S. These actions are part of a “zero-tolerance” approach to illegal entry. The policies in place criminally prosecute everyone crossing the border outside of a port of entry, whether or not the person crossing has a valid asylum claim. The policy has resulted untold amounts of pain and suffering to the families, as well as physical and emotional damage to the children.

National outrage has been mounting as more and more lawmakers and national figures decry the actions taking place. Activists across the country are continuing to push for change and accountability that lead to just and humane treatment for immigrants and in the long-term, clear pathways for legal Immigration. 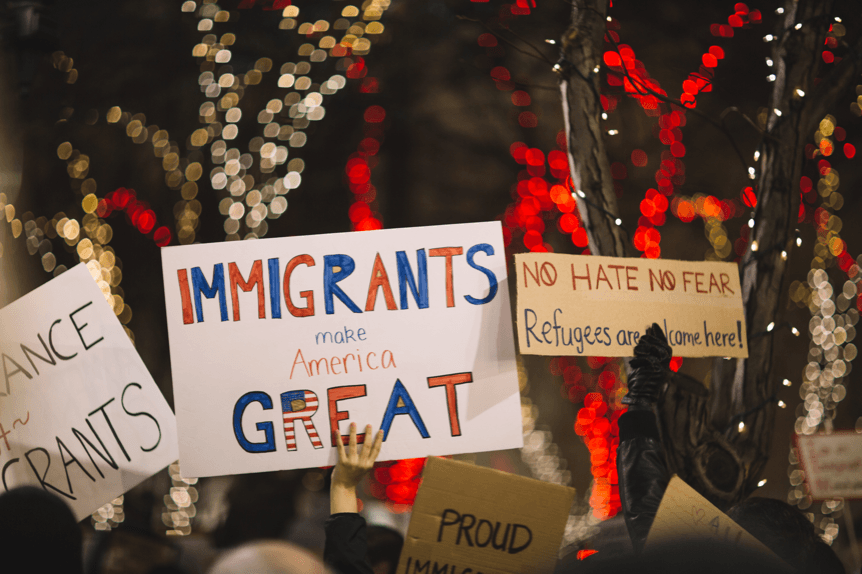 Since 2012, Tides has facilitated nearly $30 million in grants supporting immigrants and refugees. The majority of these grants focused on addressing grassroots civic participation and human rights. More than half were domestic in their scope. Over the past three months Tides has reached out to a number of local and regional organizations serving the immigrant community to gain a deeper understanding of the immediate and ongoing opportunities for support. You can learn more about these conversations with organizations such as Abriendo Puertas, Grantmakers Concerned with Immigrants and Refugees, and the Detention Watch Network. These conversations have raised four key areas where there are significant gaps.

Tides has pulled together a list of ways you can help drive positive change across these areas. The list includes ways to get involved at a local level, social media conversations to join, and organizations leading the fight against family separation and the larger push for immigration policy reform.

There have already been numerous marches and protests in cities across the country. On June 30th, join the nationwide mobilization, Families Belong Together, organized by the ACLU, MoveOn.org, and many others.

Through the Young Center for Immigrant Children’s Rights, you can be trained as a Child Advocate for an unaccompanied immigrant child. This involves visiting the child once a week, mentoring and providing advice, and accompanying the child to court hearings and other important meetings and interviews while they go through deportation proceedings.

The Immigration Justice Campaign has volunteer opportunities ranging from pro bono legal services, Spanish-English translators, mental health evaluators. You can sign up to spend a week in Texas working directly with those most impacted, work remotely and represent someone at their bond hearing.

Voting is critical to make sure your voice is heard. If you’re not registered, you can do so here.

Tides recognizes organizations connected to the work happening on the ground, with reputations as experts in the field specific to the outlined needs, solid program delivery, and effective collaborators. The recommended organizations below are providing leadership around the immediate response to family separation, as well as longer term efforts and strategy towards immigration reform.

The National Domestic Workers Alliance is a leading voice in building awareness around current immigration policies and organizing national days of action through the “We Belong Together Campaign,” whose focus is to mobilize women in support of common-sense immigration reform that will keep families together and empower women.

The Texas Civil Rights Project (TCRP) partners with RAICES to identify families being separated at the border. TCRP has been tracking prosecutions of people at the McAllen, TX court and then sharing individuals identified as separated from their children with RAICES. Since June 1, 2018, TCRP has identified the names of 184 people separated from their children at the McAllen court alone.

Together Rising is a Virginia-based organization that’s helping provide legal assistance for 60 migrant children who were separated from their parents and are currently detained in Arizona.

Kids in Need of Defense (KIND) works to ensure that kids do not appear in immigration court without representation, and to lobby for policies that advocate for children’s legal interests.

The Women’s Refugee Commission advocates for the rights and protection of women, children, and youth fleeing violence and persecution.

The Young Center for Immigrant Children’s Rights provides bilingual, often bicultural Child Advocates who are appointed by the federal government to advocate for the best interests of unaccompanied immigrant children.

Al Otro Lado is a binational organization that works to offer legal services to deportees and migrants in Tijuana, Mexico, including deportee parents whose children remain in the U.S.

Tides Social Venture partners are part of the national conversation to push solutions for immigration policy reform, help organizers and campaign leaders frame the national immigration debate to include the voice of immigrants and families being affected, and to end the practice of detention.

The Detention Watch Network brings together advocates from diverse backgrounds to unify strategy, build partnerships, and strengthen the movement to end detention. They work on monitoring immigration detention centers around the country and are part of a national coalition that works to expose and challenge injustices in the centers and within the deportation system at large.

The Opportunity Agenda helps organizers and campaign leaders frame the conversation through analysis of media coverage, public opinion, and social media tools for advocates to use in their messaging.

Tides allies and partners are educating, advocating, and replacing the divisive dialogue around immigration. They are doing this by increasing communication and transparency as well as building capacity that will protect all of our communities with education, security, training, legal support, and defense.

The National Immigration Forum is advocating for the value of immigrants and immigration to our nation, and promoting a national narrative that educates all of us on “real” solutions, and opportunities to deepen across the aisle conversations.

The ProBono Net Immigration Advocates Network is a national non-profit organization that works in close partnership with non-profit legal organizations across the United States and Canada to increase access to justice for the millions of poor people who face legal problems every year without help from a lawyer.