We sat down with Romy Justilien, Tides Advisor and Deputy Director of Tides Advocacy, to learn how Black women have and are leading movements to build a bridge to an inclusive democracy, and make Wakanda a reality today.

“More connects us than separates us. But in times of crisis, the wise build bridges while the foolish build barriers. We must find a way to look after one another as if we were one tribe.”
King T’Challa, Black Panther (Marvel Studios 2018)

Wait, what is Wakanda? Can you tell me more about this Wakanda world and the Black Panther movie phenomenon?

Wow! If you haven’t seen it already, Black Panther is the first blockbuster superhero movie made by famed Director Ryan Coogler and starring a predominantly Black cast including Chadwick Boseman, Michael B. Jordan, Angela Bassett, Lupita Nyong’o, and Letitia Wright. This movie is such an incredible depiction of what could be possible for the entire African Diaspora if they were untouched by the effects of colonization and white supremacy.

There are many aspects of this movie that were transformative, but none more so than the creator(s) decision to center the voices of Black communities and particularly a surprisingly diverse depiction of Black leading women. As a black woman living in East Oakland, the fact that the movie starts in Oakland on heel of the Black Panther Party era—a revolutionary movement for the liberation of Black communities—is not lost on me.

While Wakanda, the African country depicted in the movie is fictional, the film’s moving message is anything but fictional: the idea that hoarding of resources and power with a few does nothing to benefit everyone, and therefore we must commit ourselves to using our proverbial vibranium for the greater good. This seems to be the unique space currently occupied by Black women, for we have committed ourselves to the work of not only socially engaging our communities but we have also busied ourselves trying to correct the issues that have long plagued our country; the disparities in education, employment, health, justice, and every other system that historically underserved us. In order to influence these systems, civic engagement and policy reform has been a critical issue Black women, and their communities have leveraged to see social change.

Who are some of the Black women that are leading movements that affirm and uplift Black communities? 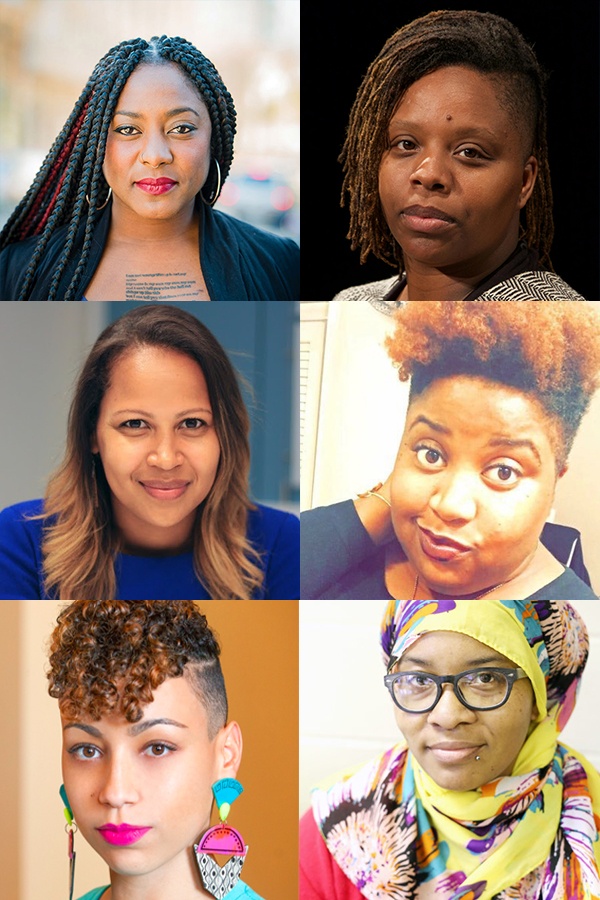 In my roles at both Tides and Tides Advocacy, I have the opportunity to work with a number of brave and courageous Black women leaders that I deeply admire. These include Alicia Garza of Black Futures Lab and Rachel Gilmer of Dream Defenders, as well as Patrisse Khan Cullors and Cat Brooks of Justice Teams Network, Nayyirah Shariff of Flint Rising, Taina Vargas-Edmond of Initiate Justice, and Sheena Meade of Florida Rights Restoration Coalition.

These women have been at the forefront of building movements and organizing to create a better democracy that works for all of us. Every day, they are using a variety of tools to build the world they want to live in – an affirming, inclusive, and just world for all people, particularly marginalized Black communities in the United States. From launching national campaigns to building grassroots power, these partners are real-life heroes and I am proud to support them.

One specific initiative that I think is really exciting in terms of true, ground-up community building is the Black Census Project, an initiative of Alicia Garza’s Black Futures Lab.  The Black Census Project seeks to survey 200,000 Black people across the country to learn about individual communities’ needs, challenges, strengths and opportunities. Beginning this month and running through Summer 2018, the project will train 100 organizers to knock on doors in hard-to-reach places in the South and the Midwest. Information collected from this online and in-person census—the first such survey of Black life in the U.S. in more than 150 years—will inform and guide Black Future Lab’s substantive agenda and work in the coming years.

What are some other examples of leadership that you think positively reinforce this current cultural moment?

Jessica Byrd, Kayla Reed, and Rukia Lumumba, a group of Black queer activists, are leading the Electoral Justice Project, fighting for Black representation in our democracy. The project has hosted more than 90 town hall gatherings in cities to engage Black communities to take power into their own hands for racial, gender, and economic justice.

Committed to “meeting people where they are,” these savvy women are also using this Wakandan watershed cultural moment to create a popular, social-media based voter registration initiative, #WakandatheVote, which dovetailed with the film’s U.S. premiere. During the film’s first two weeks of release, individuals and organizations hosted more than 100 events in theater lobbies across the country, registering more than 1,000 people. Building off this theme—linking voter registration efforts to a high-anticipated film made by and starring Black people—the the Project also launched a #WrinkleTheVote campaign during the U.S. premiere of A Wrinkle in Time, a film adaptation of the beloved children’s book. Starring 15-year-old Storm Reid as Meg, it’s the first Disney film to be directed by a Black woman, the renowned Ava Duvernay. Beyond movie theater lobbies, both campaigns also encourage individuals to register on their phones, using a text prompt that directs users to a registration website. 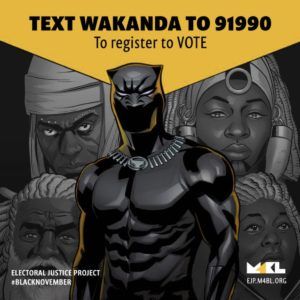 How can readers get involved or do more?

This is a very powerful moment for funders, donors, faith institutions, advocacy groups, and service organizations to reflect on how they are contributing to a democracy that is inclusive and responsive to the needs of Black communities, and those often on the margins of our society. While I am happy to spotlight the bold women in our network, I know there is invisible labor by Black mothers, sisters, and daughters, from rural Alabama to the outskirts of Las Vegas, who have been bringing their families and communities to the polls and picking up the mantle to run and lead themselves. Let this be a reminder to reflect on your giving, volunteer, or organizational strategy to support the leadership of Black women who are promoting civic engagement and political participation across the nation.

I cannot end this article without acknowledging the Black women at Tides who bring their lived experience, expertise, and passion in supporting our clients and vision of an equitable democracy. I’d like to recognize Shauné, Kathryn, Sonya, and Cheryl who I work with personally and whose years of dedication and service to our mission makes change possible for our communities every day.

Tides is honored to amplify and support the work of these real-world champions who are building community-centered initiatives that advance justice by promoting a more equitable, inclusive democracy that serves and supports leadership of Black communities. To learn more about how these and other Tides projects are taking action, visit http://www.tides.org/impact-partners/stories/ 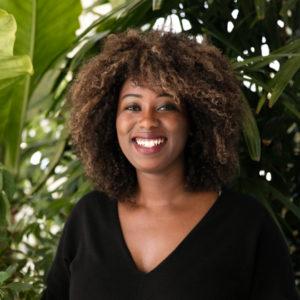 Romy Justilien serves both as an Advisor at Tides and the Deputy Director of Tides Advocacy. Tides Advocacy is a 501(c)(4) social welfare organization.