For Ben & Jerry’s, social justice and ethical business practices are inherently intertwined. With a three-pronged product, economic, and social mission, the world-famous ice cream company aims to create “linked prosperity” for everyone—and everything—connected to its production and consumption. One of the ways Ben & Jerry’s does this is through the Ben & Jerry’s Foundation, which supports grassroots activism and community organizing to advance social, economic, and environmental justice across the United States. In 2016 the trustees of the Foundation set up a donor advised fund at Tides to facilitate grants made in the UK for organizations seeking just treatment for refugees and asylum seekers. Jeff Furman, trustee of the Ben & Jerry’s Foundation and emeritus board member of Ben & Jerry’s has been involved with the world-famous ice cream company since its first pint. Tides Director of Corporate Philanthropy Edward Wang sat down with Jeff to talk about how the company got its start, baking their values into everything that they do.

EDWARD WANG: What does “social justice” mean to you personally?

JEFF FURMAN: I look at the life and struggles of so many people in our country and around the world who are marginalized based on things that shouldn’t matter. I’m talking about things like race, or gender, or sexual orientation, or ethnicity. One of the efforts to advance social justice is to insist that all people have human rights, and that no one can take those away.

In the United States and around the world, there’s a tremendous and growing level of inequality. Many folks’ basic needs are not being met. Too many struggle with healthcare, housing, education, nutrition, and basic civil rights, like the right to vote. I would consider it a huge victory for justice when EVERYONE can have their needs met, can enjoy a good family life, and can have some fun along the way.

EW: Why did you join the Ben & Jerry’s board, and what did you understand to be the vision for the company when you joined? 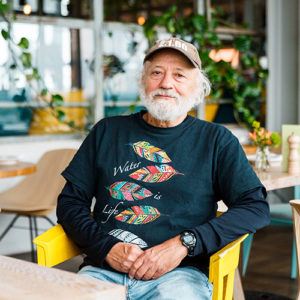 JF: Well, they call me the ampersand of the company. I’m not a Ben or Jerry, but I’ve been with the company from the beginning. That goes way back to the mid 70’s, before there was a “Ben and Jerry’s,” when Ben and Jerry were just friends of mine. I knew them before they were thinking about ice cream. I actually met Ben when we were both working at a school in the Adirondack mountains that had 25 students. I had originally been hired as the bus driver for this school, and then later became the administrator.

Ben came along to teach pottery, and we became friends. I met Jerry through my friendship with Ben—those two had been friends since the seventh grade. When Ben decided he was going to leave the school and open up a little ice cream parlor with Jerry, they asked for my help.

At first, it was a lot of sitting around the kitchen table and talking about how this ice cream store was going to be in Saratoga, New York. When they couldn’t find a location, they ended up in Burlington, Vermont. I helped because I happened to have a degree in business, which I was not using, and I had a law degree, which I was also not using.

When they opened the store in 1978, I was there at the grand opening. At the time, there was no social purpose, there was no vision statement, no mission statement, there was none of that. The word social enterprise never entered our vocabulary—I didn’t even know it existed. There weren’t B Corps either. They were just going to open up a store and run it and see what happened. The one thing Ben and Jerry both cared a lot about, though, was their local community of friends, neighbors, and ice cream fans. 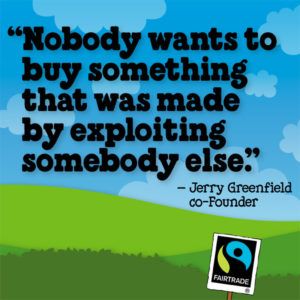 In 1981, Ben asked me to take an official role on the board. We were selling a little bit of ice cream to restaurants, just a few pints delivered in an old beat-up VW, but it was still a very, very small business. I started doing a number of different tasks, a lot of which stemmed from the sort of epiphany: we can run this company any way we want. Any way that we think is the right way to run a business, we can do, because we have ownership. So we started to experiment, without writing a whole strategic plan, just experimenting on how to run it. We weren’t ever talking about being this huge multinational company, it never occurred to us that that’s what we wanted or that’s what we should plan for.

On a personal level, I felt that I could make a difference by working with people I really loved working and being with. When you’re able to put those two things together, to feel the work is meaningful and that the people you’re working with are great, that’s a pretty ideal combination. At the time, I had family obligations and couldn’t move from Ithaca, and this was before cell phones and computers and everything else, so it was based on trust and caring for each other. We feel fortunate that those relationships with both Ben and Jerry still continue and still exist 40 years later.

The vision was built on all that.

Ben & Jerry’s social mission is to operate in a way that actively recognizes the central role that business plays in society by initiating innovative ways to improve the quality of life locally, nationally, and internationally. Ben & Jerry’s supports initiatives in some of today’s most pressing issues, like refugee welfare, racial justice, climate justice, and LGBT equality, as well as initiatives directly impacted by the industry, like labeling GMOs, fairtrade, and limiting the use of rBGH. This is what it means to “make the best possible ice cream in the best possible way.”

JF: When you asked me the question of what social justice means, these were ingrained in us in different ways, and by that, I mean all of us who were drawn to the work. We started to realize that not only did we want to do something good for the workers and customers and community, but that could really be the focus of the business, that could be the entity—that ice cream was our way of reaching people and providing resources.

So we tried to flip the business on its head. It wasn’t a conscious flip, but all of a sudden if you look back on it, everything we used to get excited about and engaged with had a social mission to it.

And we were willing to take the risks on these issues. It’s so beautiful here that the company—through its long history and even the fact that it’s been acquired by Unilever with a unique sales agreement—is aligned with the Poor People’s Campaign, is aligned with Black Lives Matter, and is aligned with the Occupy Movement. We feel that that is really the role of business; there is no excuse not to engage in those social issues.

EW: How has Ben & Jerry’s evolved as a company over the years? How has its social mission impacted its financial bottom line? 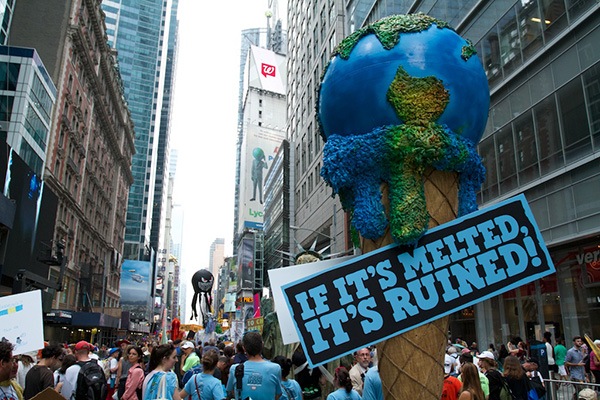 JF: We’ve used different ways to explain how this has worked. Of course, people can hear about our company because of our social mission and try the ice cream once, but if it doesn’t taste good they’re not going to eat it a second time. It’s important to keep that in mind when considering this question. Essentially, it’s a key element to get people to care about the company because of its social mission, knowing that we might alienate some people who don’t agree with our positions, but being willing to still do that. We’ve built up a lot of brand loyalty and people hold us accountable now. There is a higher expectation that taking on social issues is ingrained in our business. Our customers would ask: “how come you’re not doing this? It’s an important issue. “

There’s no doubt that the social mission is the key to how we differentiate our company. I’ve been quoted saying that Ben & Jerry’s would be irrelevant if we didn’t have a social mission. There’s a lot of good local brands that make great quality ice creams. If we didn’t exist, and you walked into your supermarket, it would be just as full of ice cream. How we stand out is the fact that we push back on all those injustices. We have some shelf space, and we try to make a difference. 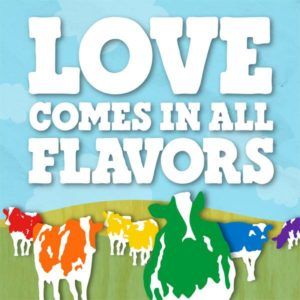 EW: From the perspective of a board member, how do you think the Foundation’s partnership with Tides has impacted the company’s progress of achieving its social mission?

JF: By working with Tides, the Ben & Jerry’s Foundation is able to expand its giving outside of the United States, which is important given that the company is now a global brand. We chose Tides because of the alignment of our missions. It’s good to have a like-minded organization that we are supporting, who is supporting us.

In every part of our supply chain we try to see where we can buy or use the services of like-minded folks. Our goal is to do that throughout our supply chain, as it is an important concept for us to contract with people who share our values. It is important that we have some mutual support for each other.