Say the word “drone” in much of the world today and you’ll evoke feelings of dread. Millions of people have come to see drones as little more than expensive toys or war-zone machines. But drones can also be vehicles for enriching lives, and few software developers have done more to make these vehicles accessible than Piero Toffanin, the Florida-based computer programmer recently named the winner of the 14th annual Antonio Pizzigati Prize for Software in the Public Interest. The $10,000 Pizzigati Prize honors software developers working to fashion open-source applications that support activists and nonprofits in their ongoing struggle for social change and renewal.

“I thought to myself that if only this software could be a bit more user-friendly,” says the 2020 Pizzigati Prize winner, “it could reach into the hands of a lot of people.”

Tides, a partner to philanthropists and activists worldwide, hosts the prize selection process and formally presents the prize at NTEN’s annual Nonprofit Technology Conference, the nonprofit sector’s signature annual technology event, however the event was canceled this year due to COVID-19 public health risks.

Toffanin’s work with drones has revolved around OpenDroneMap, software that takes the images drone cameras capture and creates maps and models. Toffanin first encountered the software some years back after he bought his first drone and was wondering “what else could be done with my drone aside from taking pretty aerial pictures and videos.” 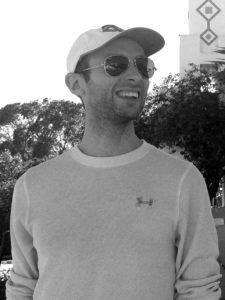 Toffanin took to the Internet and quickly found an abundance of proprietary and expensive drone software packages—and one open source solution, OpenDroneMap, that seemed to have wonderful potential. Unfortunately, the software had no easy user interface. “I thought to myself that if only this software could be a bit more user-friendly,” says the 2020 Pizzigati Prize winner, “it could reach into the hands of a lot of people.”

Toffanin’s subsequent programming has helped make that dream come true. OpenDroneMap, a seven-year-old ecosystem of open-source tools, now counts thousands of users worldwide. Local and national groups and organizations are putting OpenDroneMap software to work on everything from disaster relief and glacier monitoring to city planning and crop health analysis. “The thought that software I contributed to is being used for mapping disaster areas in times of need always brings a warm feeling,” shares Toffanin.

OpenDroneMap’s ongoing development rigorously reflects the open-source ethos. “We’re open to any and all changes coming from the user community,” notes Toffanin. “If we receive a patch to add a new feature or fix an existing problem, so long as it doesn’t break existing functionality, we accept it, no matter how small the change is.”

Local and national groups and organizations are putting OpenDroneMap software to work on everything from disaster relief and glacier monitoring to city planning and crop health analysis.

Toffanin has found software entrancing ever since his childhood in Trieste, Italy. He would even save his allowance money to buy computer books. These days, he sees his software development profession as the key to a more positive future for all the world’s people.

“The software we create can be designed for good or purposefully for evil,” Toffanin reflects. “I think building tools that democratize access to resources can help bring real social change.”

“You just never know who your software is going to help,” he adds, “or the impact that a free resource can do for a person.”

“Piero Toffanin makes a worthy winner of the Pizzigati Prize,” notes Sonya Watson, the prize coordinator for Tides. “He’s following in the footsteps of over a dozen other winners whose code is changing the world.”

About the Pizzigati Prize

The Antonio Pizzigati Prize for Software in the Public Interest goes annually to an open source software developer who’s adding significant value to nonprofits and social change movements. The prize honors the brief life of Tony Pizzigati, an early advocate of open source computing. Born in 1971, Tony spent his college years at MIT, where he worked at the world-famous MIT Media Lab. Tony died in 1995, in an auto accident on his way to work in Silicon Valley.

The deadline to submit nominations for next year’s Pizzigati Prize will be announced early this fall. Applications forms and background information will be available at the Antonio Pizzigati Prize website. To learn more about Tony, the prize, and its judging criteria, visit www.pizzigatiprize.org.

Tides accelerates the pace of social change, working with innovative partners to solve society’s toughest problems. We push the boundaries with every dollar and idea to fuel real and lasting change. We are working to create a world of shared prosperity & social justice founded on equality & human rights, a sustainable environment, quality education, and healthy individuals & communities.