Voter suppression, intimidation, and disinformation campaigns pervaded the general election of 2020, both online and on the ground. In the upcoming 2022 election, the most powerful way to maintain and uphold democratic processes continues to be well-resourced organizing — particularly at the state and local levels.

Tides Foundation recently brought together a panel of grantees from Tides-led initiative Healthy Democracy Fund to share their most current strategies in supporting state-based efforts and how funders can play a role in building a reflective multiracial democracy. Speakers included Mariana Ruiz Firmat, executive director of Kairos Fellowship; Maurice Mitchell, executive director of Working Families Power; Wendy Weiser, vice president for Democracy at the Brennan Center for Justice; and Tory Gavito, president of Way to Win.

“[We are] focusing on this year as a prep and test in the lead-up to 2024 and 2025,” Firmat said about plans for Kairos, which builds organizing power through digital channels and fights for stronger governance of internet and tech platforms. “We’re leading a training series, bringing in over 50 grassroots and state power-building organizations into 21st century organizing: the ability to organize online and offline effectively.”

Bringing relational organizing online is key, Firmat said, along with working with state power-building organizations that are often at the front lines and can jump in at a moment’s notice to talk to elected officials and people in their communities to effectively counter disinformation.

Firmat said Kairos’ work with We Make Michigan coalition’s Protect the Election Results strategy table could not have been done if they had not been “building deep, strong relationships to make sure ballots were counted equitably.” 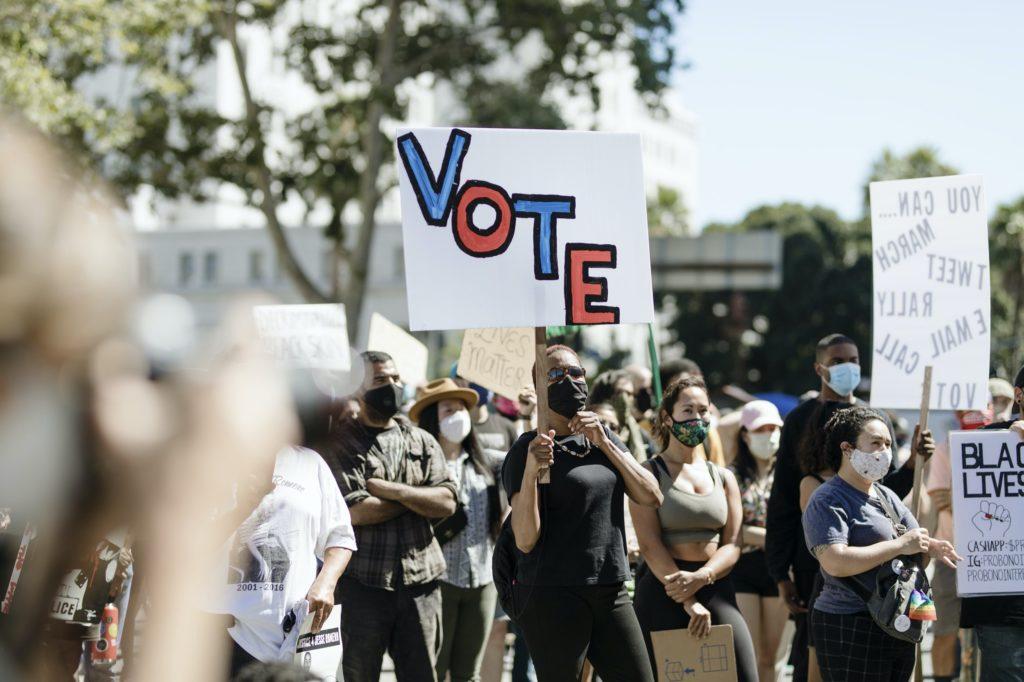 To be most effective, year-round organizing is required.

Mitchell emphasized that democracy-support organizations should focus not only on proximal election cycles but year-round organizing to be most effective. At Working Families Party, the comprehensive strategy includes a legislative campaign, electoral organizing, and movement building to develop a multiracial, working class movement, powered by strategists and organizers in 19 states and Washington, D.C., and one million supporters representing every state.

“In Pennsylvania, we organized to support early mail ballot requests,” Mitchell said of Working Families. “And 61 percent of low propensity voters who requested a mail-in ballot voted in 2021, compared to 4 percent of those same voters who voted in person that year. We engage voters early, and we’re developing leaders who can communicate with a high level of authority with communities who see us and the movement as a political home.”

At the Brennan Center, which supports grassroots power-building organizations through research, communication, and litigation, Weiser underscored how current legal threats, such as state gerrymandering measures, are clear signs of the necessity of a more robust infrastructure.

“When a bill passes in Georgia, we see copycat bills introduced,” Weiser said. “If you lose a lawsuit in Arizona, the Voting Rights Act can be weakened nationwide. While these are very intense local and state fights, everything has repercussions for everybody else because the entire fight has been elevated to a real, national level, which creates both opportunities and risks but a real need for coordination and good strategy together.” 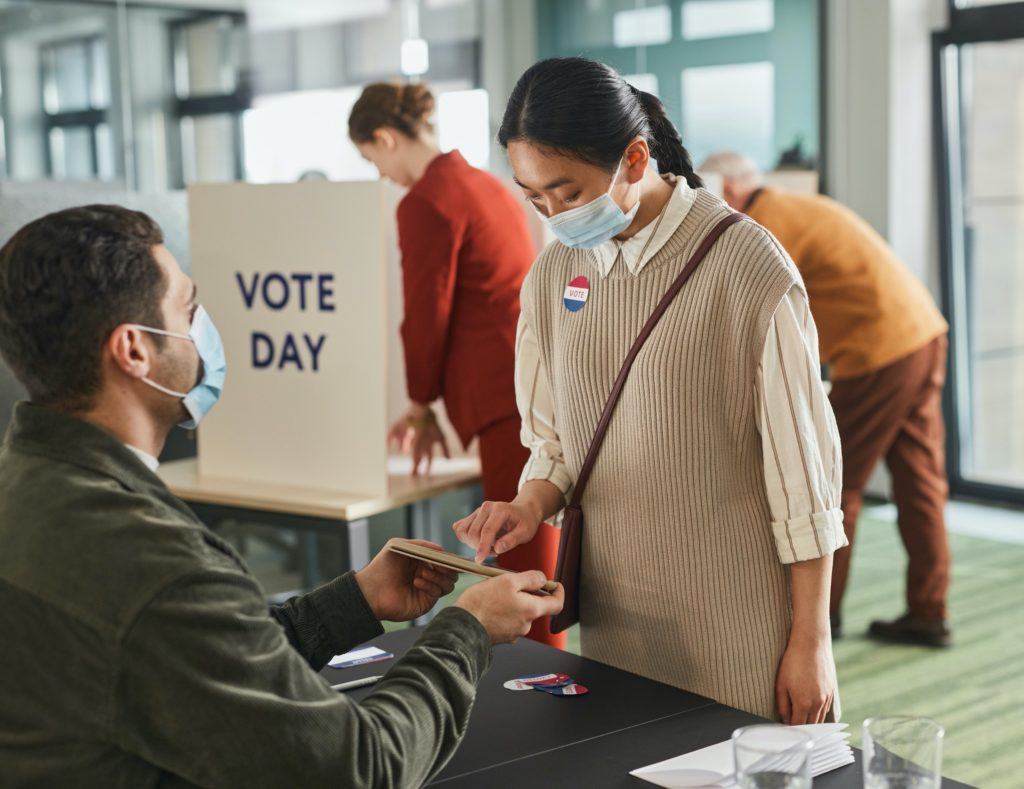 “We need a rigorous, long-term investment in containers, models, experiments that can develop leaders, and then we’ll be in a position where we could shift culture,” said Maurice Mitchell, executive director of Working Families Power.

Election sabotage and attacks on impartial election administration are also rampant. According to a recent Brennan Center report, one out of three election officials feel unsafe on the job, and one of out six have been threatened. Protecting officials from harassment must also work in conjunction with ensuring law enforcement isn’t misused to threaten voters, as noted in states like Florida and Georgia.

“We’re fighting not just particular fights,” Weiser said. “There are major litigation campaigns going on because the entire infrastructure of voting rights, fair maps, and individual rights generally are under broad assault.”

Targeting disinformation, which is false information spread by individuals or organized groups that advance harmful ideas or narratives, also plays a key factor in confronting ongoing challenges to democracy.

“A couple of interventions that we’re looking at this year are the best ways to use scalable digital interactions to spark deep organizing conversations,” Firmat said when discussing her work with Kairos. “We’re considering engaging constituents through peer-to-peer texting programs that lead to deep canvassing conversations, focused on wedge issues that are ripe for the spread of disinformation.”

Firmat said the organization also intends to strengthen community relationships while leveraging them to reduce the harm of disinformation. “This gets a little bit more at the doors, both digital as well as in person,” she said.

Because progressive infrastructure is thin, mounting cultural offenses and nurturing leadership development in communities is paramount. “Anti-critical race theory fights, anti-trans laws, backlash against Black[-led] protests … We look at those things as a distraction, but they’re actually the main event,” Mitchell said.

“We need a rigorous, long-term investment in containers, models, experiments that can develop leaders, and then we’ll be in a position where we could shift culture … This is about setting the heart ablaze and sparking people’s radical imaginations so that they can be committed to the long haul, and build tight and committed groups of people.”

Mitchell ended the dialogue on a powerful note.

“Achieving a radical democracy seems indispensable and unimaginable, but it’s closer than we could possibly think. Nobody thought during a pandemic we would have the largest racial and social justice movement of our lifetime,” he said.

“The fact that we’re experiencing this [political] backlash is a recognition that something historic happened in 2020 and the DNA of our society has forever changed. It’s our job to take advantage of their overreach and swing the pendulum back again.” 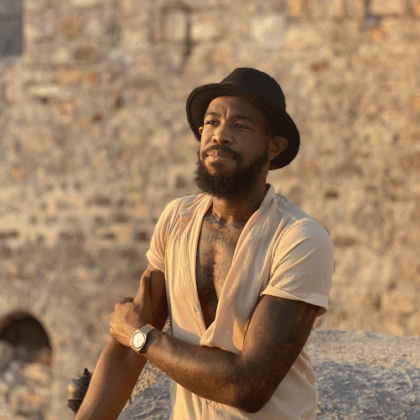 Keith brings a deep personal and professional commitment to communications. Keith previously worked as a Senior Communications Associate for the NoVo Foundation, a social justice foundation that supports initiatives promoting a holistic, interconnected, and healing vision for humanity. Keith also served as a co-coordinator for Fairness Campaign—a human rights organization with a dual focus on LGBT equality and racial justice—where he gained experience in grassroots advocacy and strategic communications. In 2014, he became Communications Associate at ALIGN: The Alliance for a Greater New York, a local affiliate of Jobs with Justice, where he led communications campaigns on economic and environmental justice. Keith graduated summa cum laude from the University of Kentucky with a BA in print journalism and art studio and holds a Certificate in Data Visualization from New York University.

Climate Crisis Demands That Donors Do More for Proximate Leaders

How to Right the Balance in “David vs. Goliath” Legal Battles for Environmental Justice