The country saw a historic number of voters of color and candidates of color in 2020. Among them, Asian Americans and Pacific Islanders showed the fastest-growing voter turnout of all US racial demographic groups, according to a study from the AAPI Victory Fund. An estimated 4 million AAPI voters cast a ballot in the 2020 presidential election—up from just under 2.8 million in the 2016 election. Some of the biggest increases came in critical swing states. This massive uptick in AAPI voter turnout was due in large part to the nonpartisan efforts of organizations such as the Asian-American Advocacy Fund, Asian-Americans Advancing Justice, and the National Korean-American Service & Education Consortium (NAKASEC)—all of which are grantees of Tides Foundation’s Healthy Democracy Fund. We spoke with Becky Belcore, executive director of NAKASEC, whose mission is to organize Korean- and Asian-Americans to achieve social, economic, and racial justice. 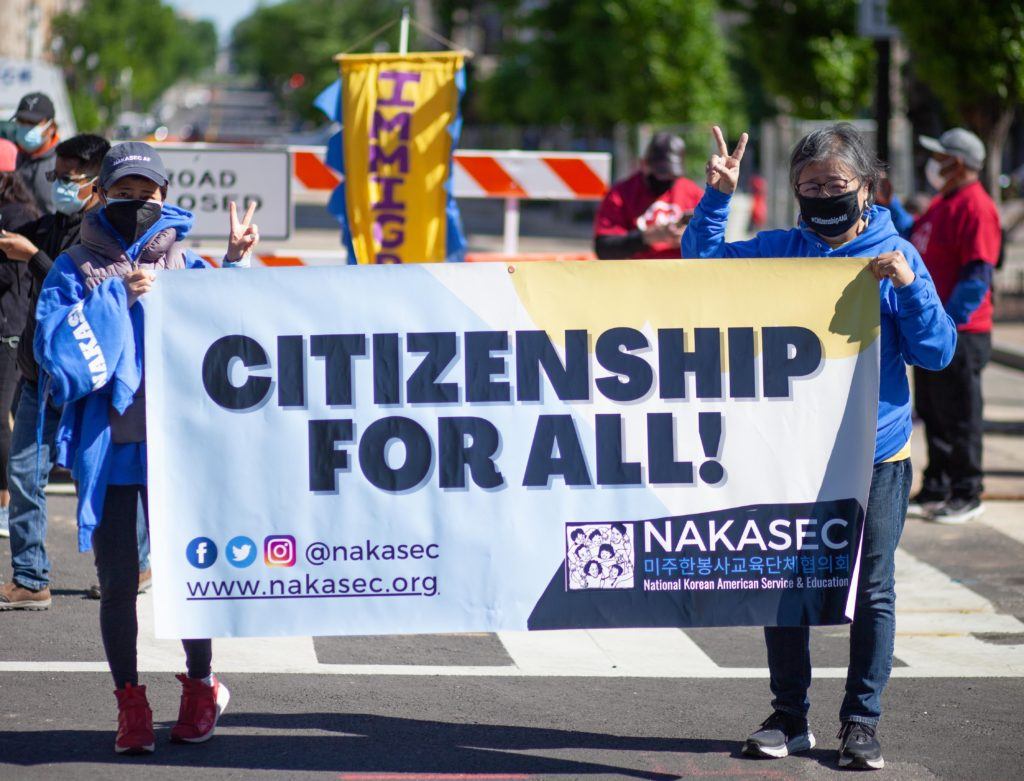 NAKASEC learned that many Asian American voters came out to vote simply because someone could speak to them in their language and approach them in a culturally respectful way. (Photo © NAKASEC)

How were you able to leverage resources from the Healthy Democracy Fund, and what impact did you have in the 2020 election?

The Healthy Democracy Fund supported NAKASEC’s Pennsylvania Civic Engagement Program. NAKASEC was able to leverage these funds to run a comprehensive linguistically and culturally competent program for the Korean- and young Asian-American community, and subgrant to another organization for other Asian languages. The 2018 Asian-American Voter Survey in Pennsylvania revealed that at least 50% of our community members received no contact from either political party—even though almost 40% of Asian-American voters in the state have no party affiliation. Even though there is great opportunity, there is no outreach to Asian-American voters. We know Asian-American voters turned out for the issues they care about, such as immigration, health care, the economy, and racial justice. We also know they came out to vote simply because someone who could speak with them in their language and approach them in a culturally respectful way actually contacted them, listened to them, and told them that their vote mattered. 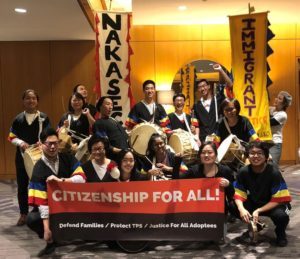 NAKASEC and Woori Center conducted voter polls—approximately 82% voiced support for citizenship for all, and 75% supported healthcare for all. (Photo © NAKASEC)

At the community level, we supported great numbers of first-time voters. One low-income Korean grandmother said she had been a citizen for 30 years but had been too scared to vote because of language barriers. She was finally able to take part in our democracy—one of her motivations to immigrate to the US in the first place—because one of our organizers took her to the polls and translated for her. Other community members dropped off food at our office. Because we have the trust of our community, we were able to support them in these ways and increase our community power as a whole.

Approximately 82% voiced support for citizenship for all, and 75% supported healthcare for all.

Post-election, as NAKASEC and Woori Center organize for driver’s licenses and in-state tuition for undocumented immigrants in Pennsylvania, and for citizenship for all at the federal level, we are calling these voters and engaging them to take action. NAKASEC and Woori Center recruited and trained 201 volunteers during the 2020 election cycle, of whom roughly 15% now volunteer for Woori Center’s programs, activities, and campaigns. Pennsylvania also has an election every year, and Woori Center conducted its 2021 non-partisan civic engagement program toward the May 18 primary and November 2 elections for municipal, county, and state offices, and re-engaging and mobilizing voters.

How is NAKASEC involved in efforts to curb or address anti-Asian attacks?

As an organization rooted in the Korean-American community, the NAKASEC network provides Korean- language educational information and resource guides. We help our community members who experience anti-Asian hate to connect with proper reporting centers, mental health services, and other support they may need.

To eradicate anti-Asian hate, we must address the root causes of racism and white supremacy.

We are also making the connection and developing a narrative that helps community members and other stakeholders understand that anti-Asian hate is rooted in the same racism and xenophobia as anti-immigrant sentiment. “You don’t belong here!” “Go back to China!” Regardless of the fact that Asian Americans have been in the United States for close to two centuries, we are considered to be perpetual foreigners and treated accordingly by our social, economic, and political institutions. To eradicate anti-Asian hate, we must address the root causes of racism and white supremacy. We need to make concrete changes in our most vulnerable community members’ lives, such as providing them with a pathway to citizenship and protecting their families from being torn apart through deportations. In addition to tangible improvements in access to quality jobs, health care, education, housing, and other fundamental needs, these acts by our government will say to all Americans that Asians are Americans, that immigrants are Americans, that we belong, and that we are home. This is what our immigrant justice education, organizing, and advocacy is building toward.

We also must build unity with other immigrants of color to have enough power to address the root causes of racism, xenophobia, and white supremacy—and to create systemic change. NAKASEC co-convened a Unity Session with United We Dream and the UndocuBlack Network to educate the broader immigrant community about anti-Asian hate and to call for action toward immigrant and racial justice.

“We need to make concrete changes in our most vulnerable community members’ lives, such as providing them with a pathway to citizenship and protecting their families from being torn apart through deportations.” (Photo © NAKASEC)

What are your current priorities/focus issues?

NAKASEC is a network of grassroots community-based organizations in New York, Pennsylvania, Virginia, Illinois, Texas, and California. Priorities at the local and national levels are: