What happens when your contributions are overlooked—and, perhaps more importantly, why are they overlooked in the first place? During World War II, American soldiers of Japanese ancestry fought for the United States military, yet their sacrifices and service were ignored for decades. The contributions of Japanese Americans during the war are known mainly in their suffering in internment camps. The National Veterans Network (NVN), a Tides Center fiscally-sponsored project, has been working since 2010 to share and perpetuate the valiant contributions of Japanese American World War II veterans and their families in our country’s collective consciousness.

Its work contributed to the awarding of the Congressional Gold Medal to Japanese American regiments in 2011. I spoke with Christine Sato-Yamazaki, executive director of the National Veterans Network, who shared the importance of education, advocacy, and solidarity in the fight for Japanese American World War II veterans. We’re proud to call NVN our partner because of its passion, commitment to its cause, and its multi-faceted approach to partnership-building and solidarity efforts.

Could you give me a little context about your work with the National Veterans Network and how you got started?

I’ve been working on the Japanese American World War II soldier experience for about 24 years. This is my 10th year as the executive director of the National Veterans Network. I got into this work because I’m the granddaughter of a 442nd Regimental Combat Team veteran—that was my entryway. My family was also incarcerated in the camps, but I didn’t know a lot about their experience or what my grandfather went through. I learned a lot through this journey and the great mentorships I’ve had along the way.

What about Japanese American World War II soldiers and their families is being overlooked in history books and current media? What problem is the National Veterans Network trying to solve through its partnerships, exhibits, and media? 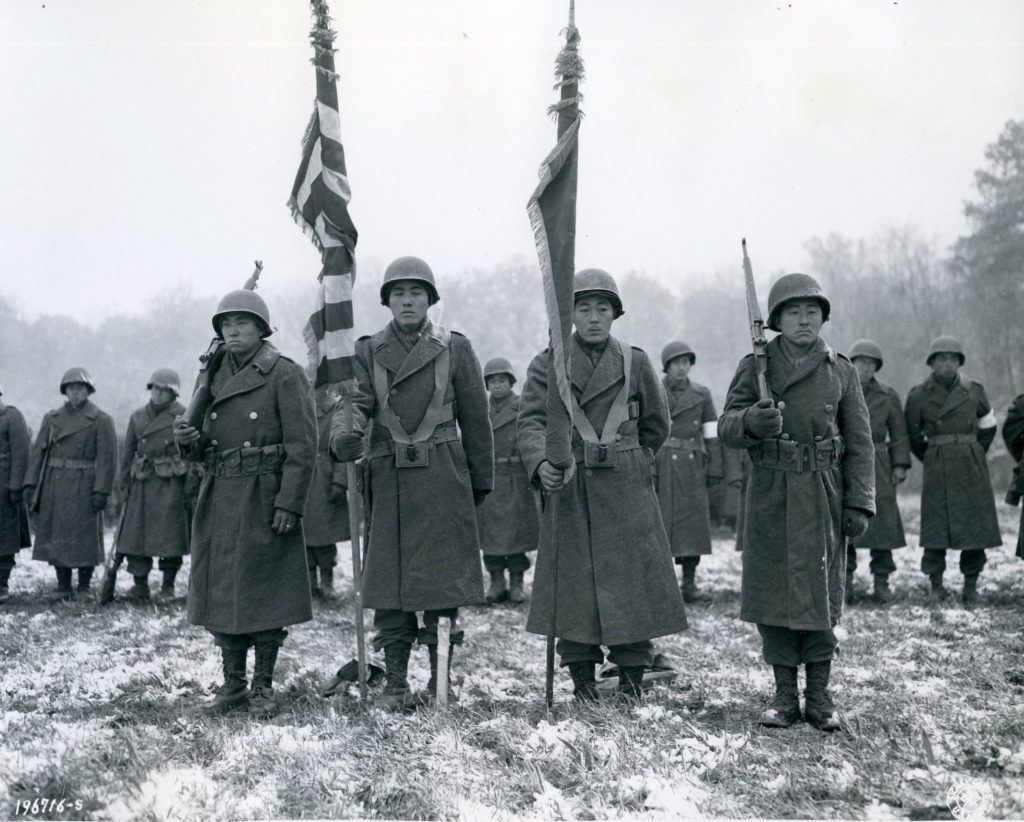 “The experience of Japanese American WWII veterans is not being taught.”

The Japanese American camp experience is part of the national standards, but the experience of Japanese American WWII veterans is not being taught. We know from our work that teachers are not comfortable with the material because they don’t know how to properly teach it.

The main problem is that this country does not see Asian Pacific Americans and Japanese Americans as Americans. Look at the “APA” terminology—Americans tend to lump us in this one category, when in fact there are thousands of different groups within and everyone has an American story to tell. We know from the current issue of anti-Asian hate that the fundamental problem is that we’re looked at as perpetual foreigners. It doesn’t matter that certain APA groups have been in this country for more than five or six generations—being American is still falsely based on how you look. It’s based on your ancestry and what is considered or who is considered to be an American. We’re trying to address that.

What impact has the work of the National Veterans Network and the awarding of the Congressional Gold Medal had on the families of these veterans?

In the Japanese American community, for many decades, the hardships experienced during WWII were not talked about. For example, my grandparents and family members who were incarcerated in the camps didn’t talk about their experiences. Whether they feel it’s shameful or they want to move on and provide better opportunities for their children and grandchildren, they don’t talk about it—there’s a variety of reasons. But when the Congressional Gold Medal was awarded by Congress and President Obama signed the bill, there was this tremendous feeling of pride and joy. We organized a celebration in Washington, DC, and 2500 people came out from across the nation. Some of the family members came up to me and said, “This is like redemption.” Despite having to shed blood and sacrifice their lives, there was no recognition by the United States for a very long time—not until 10 years ago when the majority of the veterans were already gone. 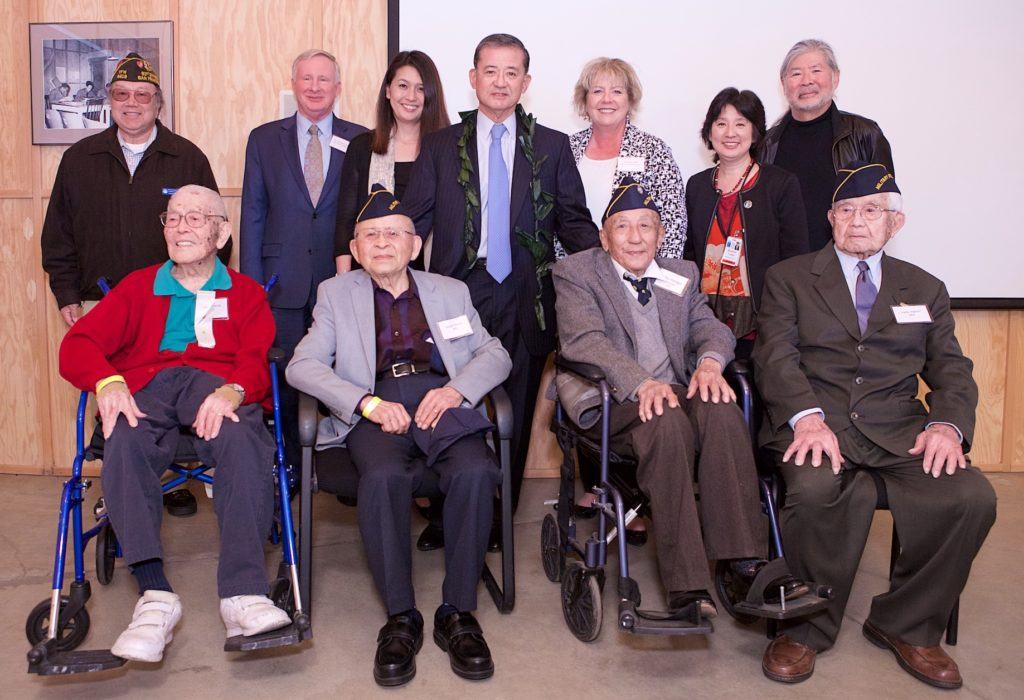 For some families, receiving the recognition for Japanese American veterans felt like redemption. (Photo © NVN)

What are the Network’s current priorities and projects?

The National Veterans Network’s priority is to educate the current and next generations about the stories of the Japanese American WWII experience to promote equality and justice. Teacher training and educational resources are our biggest priorities. Right now, in terms of planning and implementation, we have two partnerships—one with the Smithsonian Asian Pacific American Center and the other with the National Museum of the United States Army. Through these and other partnerships, we’ve developed curriculum and programming that expose students to the Japanese American WWII experience.

Our partner, the Smithsonian Asian Pacific American Center, understands the need to strategically partner with organizations that bring in historical expertise, and that’s what we’re doing. As a community caretaker of the Congressional Gold Medal, we have a long-standing relationship with the Smithsonian because the Congressional Gold Medal belongs to them. Our goal is to make sure that the medal is always visible and can be on display for educational purposes. 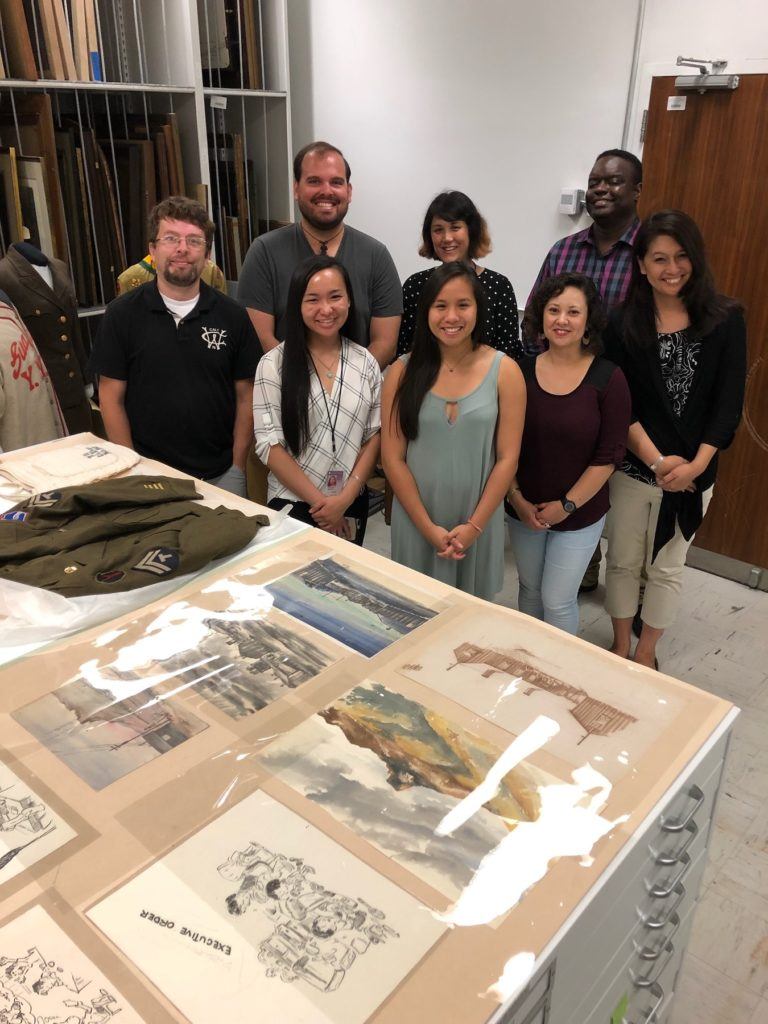 The second partnership is with the National Museum of the United States Army and the development of the “Nisei Soldier Experience,” which is coming to fruition in August 2021. They initially had nothing—they had no helmets, uniforms, or documents. We traveled the country to work with families of veterans to build a wartime collection of 500 objects on the Japanese American experience. We’re so excited to open the exhibit this year and invite the families to Virginia.

Currently, what is the National Veterans Network’s call-to-action for the wider community?

We’re standing in solidarity with the Asian Pacific American anti-Asian hate movement that’s currently going on. Creating awareness about the APA experience, both modern and historical, is critical and we need funding to support these advocacy and educational campaigns to fight the bias in our collective consciousness. Now is the time to create that awareness and educate the public about what’s going on.

It was a blessing to talk to Christine Sato-Yamazaki and learn about the work of the National Veterans Network.

A strong advocate for solidarity across other APA groups, she also highlighted the work of NVN Advisory Board member Maj. General Tony Taguba who works with the Filipino Veterans Recognition and Education Project, advocating for WWII veterans of Filipino ancestry whose benefits were stripped by the Rescission Act of 1946.

A Congressional Gold Medal was finally awarded to Filipino American veterans and their families in 2017. These advances have come through the contributions of community organizations like the Filipino Migrant Center—a grantee of The LeadersTrust, a Tides Center fiscally-sponsored project.

While veterans of APA ancestry were denied recognition for multiple decades, organizations like the National Veterans Network have fought for their communities and pushed for justice and equity. There are now campaigns like the United States Postal Service #GoForBroke stamp that honor the contributions of Japanese American veterans and allows their stories to live on. In addition, the Chinese American WWII Veterans Congressional Gold Medal Act was signed in 2018.

While many advances have been made, the work still continues. 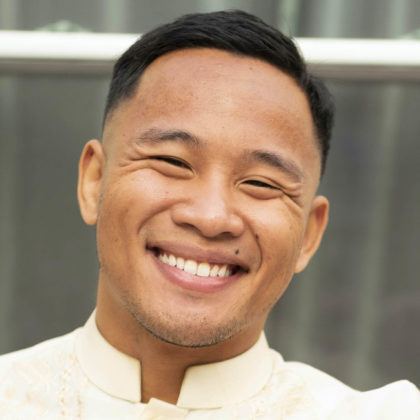 Christian Guerrero is a community organizer and a strong advocate for communities of color. With a background in Social Welfare and Global Poverty and Practice, he tries to apply principles of equity and justice in his professional career, creativity, and advocacy. As an immigrant from the Philippines, he's committed to the Filipino community and its allies.