Gabriel Foster is the co-founder and executive director of the Trans Justice Funding Project (TJFP). Founded in 2012, TJFP is a BIPOC-led, community-driven funding initiative to support grassroots trans justice groups run by and for trans people in the United States, including U.S. territories. In 2021 TJFP will award $1.3 million to 308 trans-led grassroots groups (to be granted from either theTJFP’s collective action fund at Tides Foundation or its non-charitable trust). Read on to learn more about TJFP’s groundbreaking funding model and how to get involved. 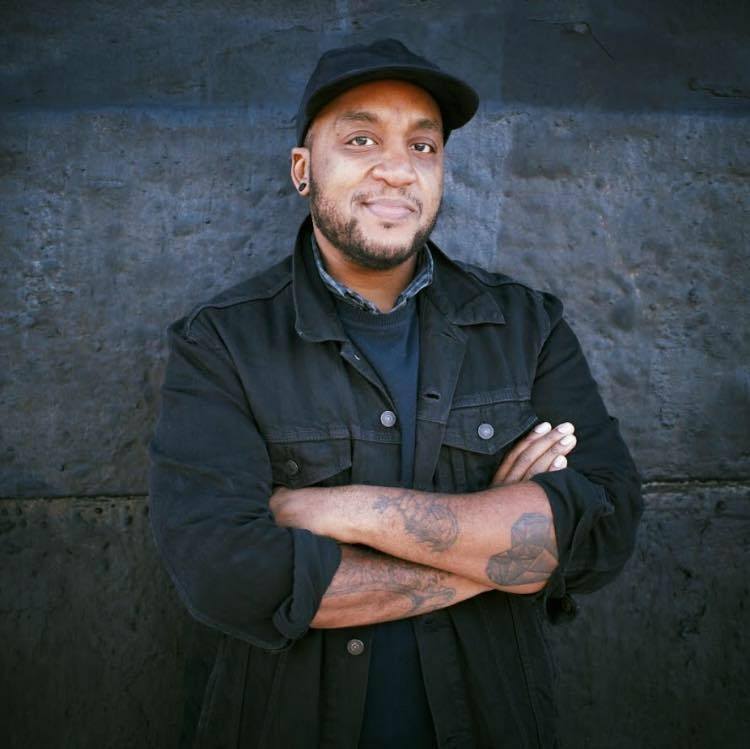 Tides celebrates TJFP and the central role you play in movements for trans justice and racial justice. What is on your mind as we reflect on the anniversaries of Juneteenth, the Stonewall uprising (Pride), and the 2020 racial justice uprisings? How would you describe the significance of BIPOC trans leadership to these movements?

I am and have always been a Black person who is queer and trans and living in the U.S., and there’s just no simple response to this question for me.

Juneteenth signifies a collective history and sense of struggle and survival that’s nothing short of a miracle. Black people and communities are not monolithic, yet we share a determination to survive, find a way, and LIVE for each other. Before Pride became a day of celebration, it began as a riot. So when I think about both of these commemorations, I can’t help but think about all the violence and history we’re all holding in our cells and memories, and what we’re experiencing together in this current moment. Last summer after the murder of another Black person, Mr. George Floyd, communities of Black, queer, and trans people showed up and showed out. They, too, filled the streets all hours of the day and night, because like many before them, they had had enough.

We come from communities and cultures that have had to be relentlessly creative in how we protect and care for each other.

Black, brown, Indigenous and trans bodies are criminalized. Systems of mutual aid, seeing ourselves as part of a collective and not just as individuals, still carries us through. Even while many of our community members don’t know how they will go on day after day, the determination of our leaders, people who won’t let us fall, is clear. They are literally saving lives.

We come from communities and cultures that have had to be relentlessly creative in how we protect and care for each other, with hundreds of years of practice in this country alone. BIPOC leadership has always forced this country to take a good long look at itself and its history, while also dreaming, envisioning solutions, and finding new ways, and I’m so proud to be a part of that legacy.

The Trans Justice Funding Project was created to support our most visionary and pragmatic leaders in a way that truly honors their leadership: by gathering trans activists together each year to make funding decisions they are so often shut out of, and by believing in the leadership of our grantees. Ultimately, whether you are trans or not, trans BIPOC leaders are fighting for you. If we want liberation to truly prevail for those most impacted by violence and injustice, then we need to resource and support the communities on the front lines.

Movements for trans justice are more visible today than when TJFP was founded in 2012. What motivated you to create TJFP, and what opportunities do you see for philanthropy to better support trans communities today?

In 2012, Obama was re-elected for a second term, and only seven states had legalized gay marriage. That was also the year [TJFP co-founder] Karen Pittelman and I marched in NYC’s Trans Day of Action, organized by The Audre Lorde Project. Despite increased visibility, trans communities aren’t any safer today than they were then: we’re still constantly criminalized and attacked on nearly every basic needs level. Karen and I both saw an urgent need for a way to move money into trans communities as quickly—and with as little strings attached—as possible.

We wanted to turn the traditional power dynamic of philanthropy on its head and have trans and non-binary activists and organizers decide where funding should go. While the notion of giving “no strings attached” decision-making power to those most affected shouldn’t be controversial, I can tell you, it has been! It’s amazing how uncomfortable some can be when you want to interrupt and redistribute power. And at the same time, there have been thousands of individuals and many foundations who have stood behind TJFP’s mission, values, and model from day one, including Tides.

In our nine years of grantmaking, we’ve been able to move over $5.3 million dollars out to grassroots trans leaders across the country. We hope one day to never have to hear the statistic that Alex Lee from Funders for LGBT Issues often shares—that as of 2018, only four cents of every $100 granted out by foundations in the U.S. supports trans communities, and Black transgender and gender non-conforming (TGNC) communities receive less than 1% of all funding that goes to LGBTQ communities.

There are so many ways to actively and mindfully move resources to trans communities. I encourage everyone reading this to consider the following:

What are TJFP’s immediate priorities, and how can folks support?

Our communities are in crisis, and they have been for a very long time. But we’re also more than our pain and sadness. Trans communities have been creating magic out of nothing for generations. Our movement is only growing. Over the past two years, TJFP’s open application process has seen over 100 new organizations with each cycle. This year alone we received 211 applications. As the trans justice movement continues to gain momentum, TJFP dreams of growing with it. We see our position not to set an agenda for a movement, but rather to fund it, allowing the people on the front lines to be the true leaders.

I’ll leave you with the words from TJFP’s 2018 Community Grantmaking Fellow and the Founder and Director of the Black Trans Fund, Bré Rivera.

“I want philanthropy to be bold. By being bold, what I mean is taking chances and giving smaller grassroots organizations the opportunities to actually grow.

People don’t understand that we’re expected to make magic and change the world with small amounts of money.”

How to Support the Trans Justice Funding Project

Make a tax-deductible contribution to TJFP’s Collective Action Fund at Tides Foundation, making sure to select “Trans Justice Funding Project” from the drop-down menu, or via check or ACH (For additional ways to give, follow these instructions). 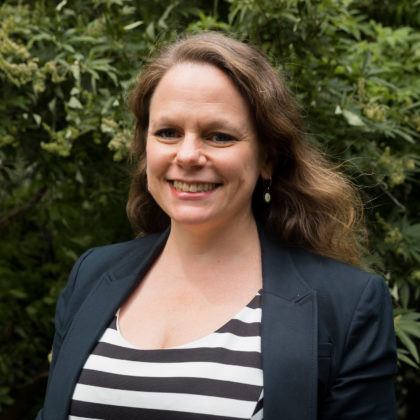 Ona Winet is a Tides Senior Advisor with over fifteen years experience in progressive philanthropy, with a particular focus on LGBTQ+ issues and racial justice. Ona is deeply invested in the success and impact of the donor advised funds, collective action funds, and foundation partners with whom she works. Ona holds an MA in American Studies from The George Washington University and a BA from The Evergreen State College.