As we celebrate Pride Month in the United States 52 years after the Stonewall uprising, personal and corporate allyship is more widespread and visible than ever. Yet LGBTQ+ people—particularly those who are transgender and nonbinary—are being targeted with restrictive legislation and the threat of violence at new levels of intensity. The Human Rights Campaign has named 2021 “the worst year in recent history” for LGBTQ+ discrimination, with 17 anti-LGBTQ+ bills enacted into law so far. At this critical time in the long fight for LGBTQ+ rights, we’re highlighting just a few of today’s activists who are working to build a more just society, with safety and equity for all. 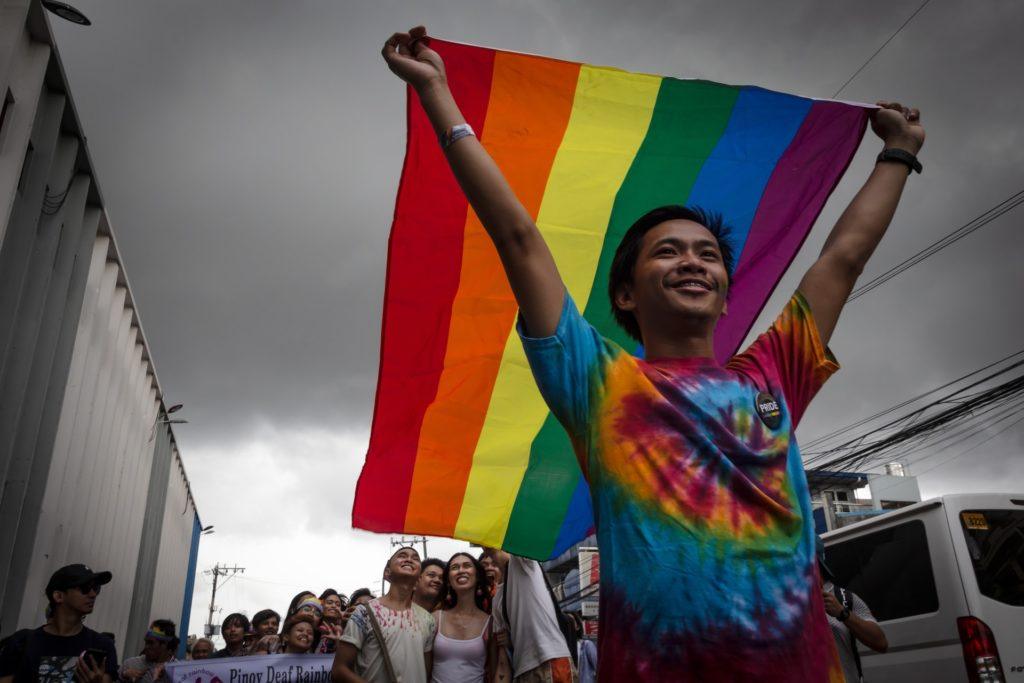 Below are 5 profiles of incredible  LGBTQ+ leaders who consistently work on improving their communities and the world. (Photo © Rene Bernal)

“Toxic masculinity, misogyny & queerphobia are half of our obstacles. If we eliminate those, liberation is just around the corner.”

When she was making history as the first Black and transgender woman executive editor at Out Magazine, activist Raquel Willis published the Trans Obituaries Project to bring attention to the epidemic of violence against trans women of color. She won a GLAAD Media Award for her groundbreaking work. Raquel has also served as director of communications for the Ms. Foundation, national organizer for Transgender Law Center (TLC), and founder of Black Trans Circles. Raquel was one of the organizers of the Brooklyn Liberation march this month, described as an “emergency action in response to the more than 100 bills that have been filed in over 34 states targeting trans youth,” which drew thousands of participants.

“This was never about me or my partner. I did it because I knew many other same-sex couples who needed the legal protections.”

A champion of LGBTQ+ rights for over 30 years, Chi Chia-Wei’s dedicated activism was essential in leading Taiwan to become the first state in Asia to legalize gay marriage. Chi became an LGBTQ+ and AIDS activist in his twenties when very few others were visible to the general public and civic advocacy could serve as grounds for imprisonment in Taiwan. He was jailed on false robbery charges for 162 days after attempting to file for a same-sex marriage license (and being denied) in 1986. After getting out of jail, he appealed the decision multiple times until the law finally changed in 2017. Chi Chia-Wei was named one of Time Magazine’s 100 Most Influential People of 2020.

“The intention behind my work is to end systems of oppression, and in particular, anti-Black racism.”

Ericka Hart challenges anti-blackness everywhere, including the medical industry. A black queer femme activist, writer, speaker, and sexuality educator, Ericka was diagnosed with bilateral breast cancer at the age of 28. She found that her identity and her sex life as a survivor were not acknowledged in her treatment. In 2016 she decided to go topless with her double mastectomy scars in public. Ericka went viral online, bringing bold consciousness to the lack of black and brown LGBTQ+ representations in breast cancer awareness. Ericka is an influential voice on Instagram with close to 500,000 followers and continues to fight for racial, social, and gender justice as a speaker, writer, and educator.

Gavin Grimm sued the school district where he attended high school in 2015 after the school passed a new rule forbidding him to use the boys’ restrooms, even though he had been using them for months. What changed? Gavin came out in school as transgender. The school’s new rule prohibited boys and girls with “gender identity issues” from using the same restrooms as other students. Represented by the ACLU and ACLU of Virginia, Gavin has spent the past five years fighting for justice in court. In a year when multiple laws have passed limiting LGBTQ+ rights, the Supreme Court will decide this month whether to take up Gavin’s case again.

“By using your voice, you can bring up others who do not have a chance to use their own.”

At just 15 years old, Molly Pinta is the youngest person on this list and an uplifting example of local youth activism. Founder of the Pinta Pride Project, which aims to increase LGBTQ+ awareness within suburban communities in Illinois, Molly is a bisexual student and activist just named to GLAAD’s 2nd annual “20 Under 20 List.”  Molly also launched her town’s first-ever Pride celebration, was the youth grand marshal of the 2019 Chicago Pride Parade, and served as a Youth Ambassador for The Human Rights Campaign.

Learn more about the Tides partners who advocate for their communities. (Photo © Toni Reed)

During Pride Month, get to know some of the Tides Foundation and Tides Center partners working for justice year-round:

All Out is a global movement fighting for a world where no one has to sacrifice their family, freedom, safety, or dignity because of who they are or who they love. If you would like to support All Out’s work, you can make a donation here.

The Maria Fund works to build an ecosystem of social justice community power in Puerto Rico. The organization has launched an initiative recognizing trans people and non-binary people as an essential part of the fight against gender violence, racism and other oppressive systems. Learn more.

The Trans Justice Funding Project is a community-led funding initiative founded in 2012 to support grassroots, trans justice groups run by and for trans people. In 2021 TJFP awarded $1.3 million to 308 trans-led grassroots groups (combined between TJFP’s fund at Tides Foundation and its separate non-charitable trust.)