In the face of unimaginable grief, four family members who had lost loved ones in the 9/11 attacks traveled to Afghanistan in January 2002 to witness the consequences of U.S. military action in the country, and to express their concern for the civilians killed and harmed in Afghanistan. This core group were among the founding members of September 11th Families for Peaceful Tomorrows, which has joined as a project of the Tides Center. 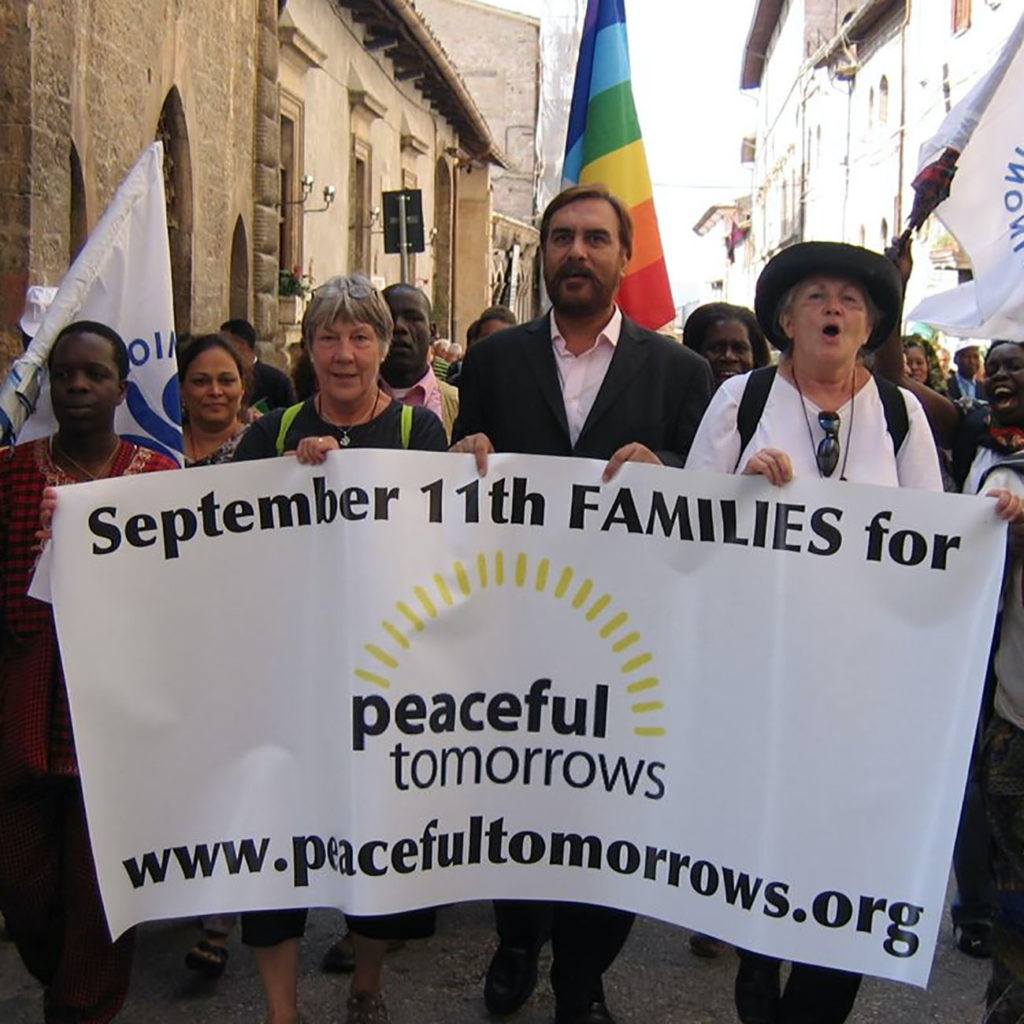 “Rather than a military escalation, what is needed is a shift away from militarism, toward diplomacy, aid, and reconstruction.”

By developing and advocating nonviolent options in the pursuit of justice, members of the organization hope to break the cycles of violence engendered by war and terrorism, and create a safer, more peaceful world by sharing their common experience with all people affected by violence. All eyes are now on Afghanistan, but Peaceful Tomorrows hasn’t looked away since that initial trip.

From Day One, the organization has continued to advocate for peace in Afghanistan, even as the U.S. launched the war in response to the attacks that claimed the lives of their loved ones. In 2008, the group forecasted what it believed would be the ultimate tragedy of the U.S. approach in the country in “Afghanistan, Ending A Failed Military Strategy,” stating:

Following the tragic events of September 11, 2001, many in the US initially supported the war in Afghanistan because they believed that it would reduce the threat of another attack on US soil, and that it would enable the US to bring to justice Osama bin Laden and others responsible for the attacks. Once the Taliban fell, the war was touted as a success. However, while public attention shifted to the war in Iraq, the conflict in Afghanistan entered a new phase of violence and decay… “The idea that more US troops are the answer to Afghanistan’s woes is misguided. Rather than a military escalation, what is needed is a shift away from militarism, toward diplomacy, aid, and reconstruction,” Peaceful Tomorrows asserted. 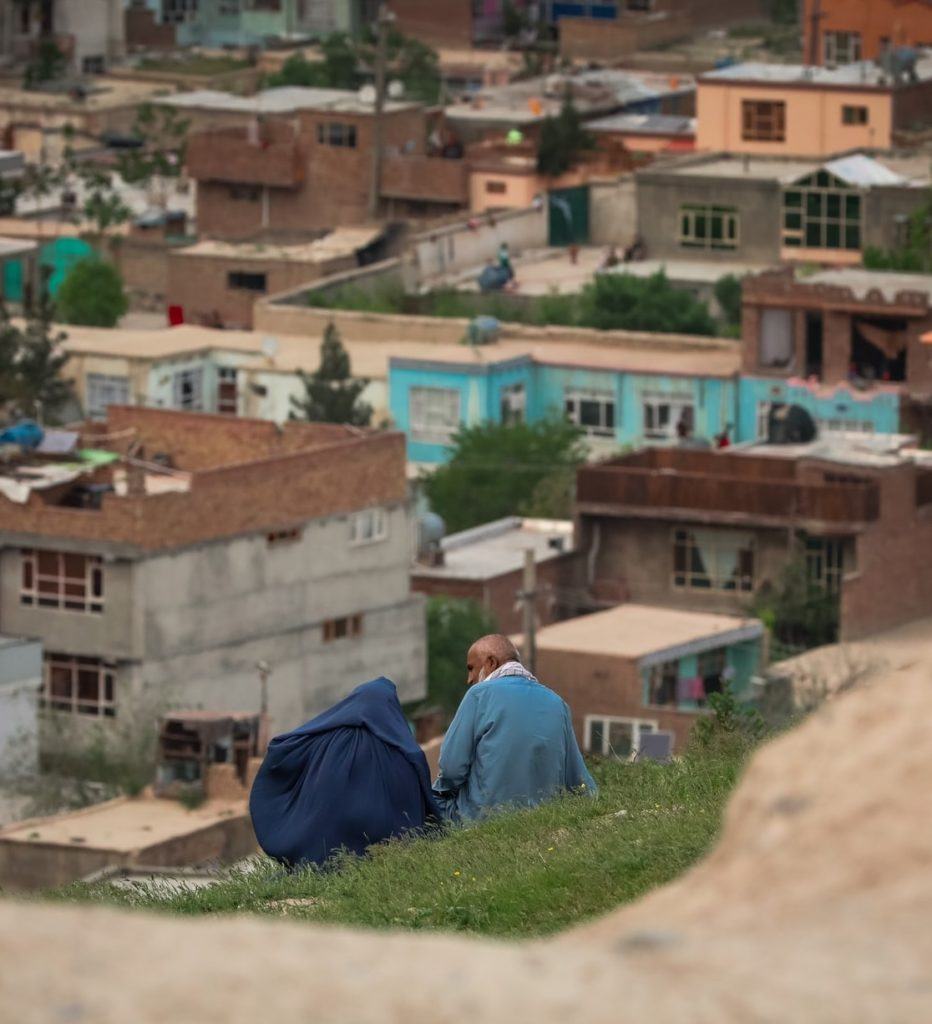 Peaceful Tomorrows called for an immediate and continuing ceasefire for all parties. (Image of Kabul © Sohaib Ghyasi)

“The 2008 paper still stands powerfully,” says Ellen Judd, chair of Peaceful Tomorrow’s Afghanistan Committee. “Even though the situation has changed and most of the paper’s recommendations are not realizable without a peace process—much more than troop withdrawal—we can still advocate and support some actions immediately. These include calls for evacuation of Afghans at risk, support for refugees and resettlement, and advocacy for the protection of the many vulnerable people who will remain within Afghanistan.”

After President Joe Biden announced U.S. troops would withdraw from Afghanistan starting May 1 and ending on Sept. 11, Taliban fighters swiftly launched an offensive, taking control of numerous major cities and eventually gaining control of Kabul. The fighters have since seized power of Afghanistan, two weeks before the U.S. was set to complete troop withdrawal. Columnists and editorials across the country have opined over the futility of the costly 20-year war, given that American troops succeeded in ousting the Taliban in 2001 only to have them in power once again.

On August 19, four days after Taliban forces entered the capital of Kabul, the organization issued a statement that called for an immediate and continuing ceasefire for all parties to the war in Afghanistan, as well as: 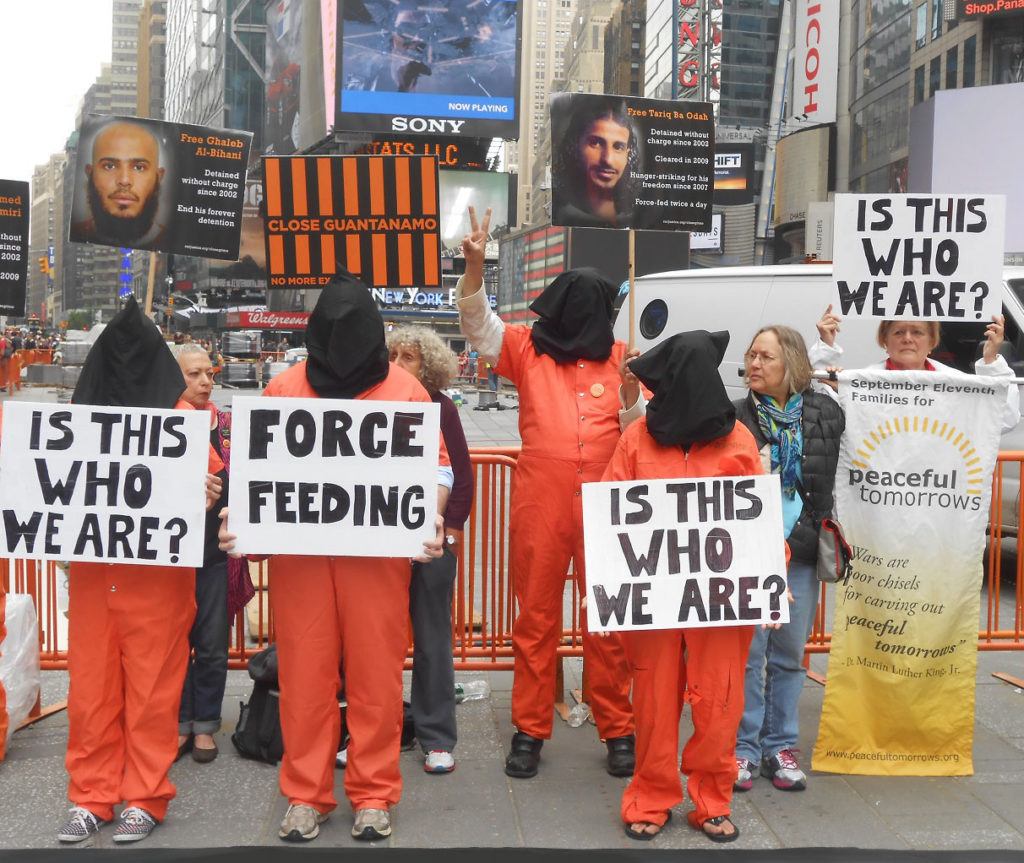 “Peaceful Tomorrows’ mission is unchanged and the center of its work remains 9/11, with the anti-war work now primarily focused on Afghanistan,” says Ellen. “The world is more dangerous than it was 20 years ago, and increasingly so over the past decade, with heightened militarism, renewed global arming, and the fraying of global and many local fabrics of governance.”

By sharing their members’ stories of loss at the hands of violence, Peaceful Tomorrows has effectively created a space for more voices and action for peace and justice, working with people, organizations, and coalitions locally and internationally for the same purpose. Their efforts have not gone unnoticed. Since 2002, September 11th Families for Peaceful Tomorrows has received numerous recognitions and awards, including nominations for the 2003 and 2004 Nobel Peace Prize.

As the world anxiously watches events unfold in Afghanistan, Peaceful Tomorrows continues their meaningful work, which is needed now more than ever.

“It remains important to continue our rejection of war in Afghanistan, our work to reduce and prevent civilian casualties, and our calling for countries that have fought in Afghanistan to provide reparations to the Afghan people,” says Peaceful Tomorrows.

To engage the public and policymakers in deeper reflection during the upcoming 20th Commemoration of the attacks of 9/11/01, Peaceful Tomorrows is holding 20 Years Later – A 9/11 Peace & Justice Film Festival. Among the films are documentaries that describe the advocacy over the years of Peaceful Tomorrows’ members and their allies.

What Can We Do?

Core to Tides’ vision is a world of shared prosperity and social justice founded on equity, human rights, and economic empowerment. Peaceful Tomorrows encourages you to:

As a fiscal sponsor, Tides believes we are responsible for supporting social change leaders who are at the forefront of today’s movements. We’re proud to amplify Peaceful Tomorrows’ fight for human rights, dignity, and self-determination, and hope you can find ways to support their work as well.