“Right now people are dying unnecessarily,” declares Next Chapter Reentry Director Kenyatta Leal, with urgency and resonance in his voice. Next Chapter, a fiscally-sponsored project of Tides Center, helps shift perceptions around formerly incarcerated individuals and supports them in getting back to work. Leal spent nearly 19 years inside California’s prison system himself and has clear insights on the coronavirus pandemic’s fatal impact on prison populations. He zooms in on the current conditions in San Quentin, where he served time and where many people close to him remain imprisoned. Even before COVID-19 hit, San Quentin was already desperately overcrowded and failing to care for its residents. In the wake of the pandemic, over 15,300 incarcerated people have tested positive and 71 have died as of October 22, 2020 in this one state prison alone.

Leal poses a rhetorical question: “How did these conditions even arise?” Neither a puzzle nor a mystery according to Leal, the answer lies in our nation’s violent and racist beginnings, which created the crisis of mass incarceration and continue to cause indelible harm to Black communities. How can we expect to get past or through racism and all of its resulting injustices while still adhering to the very system that created the root problem? 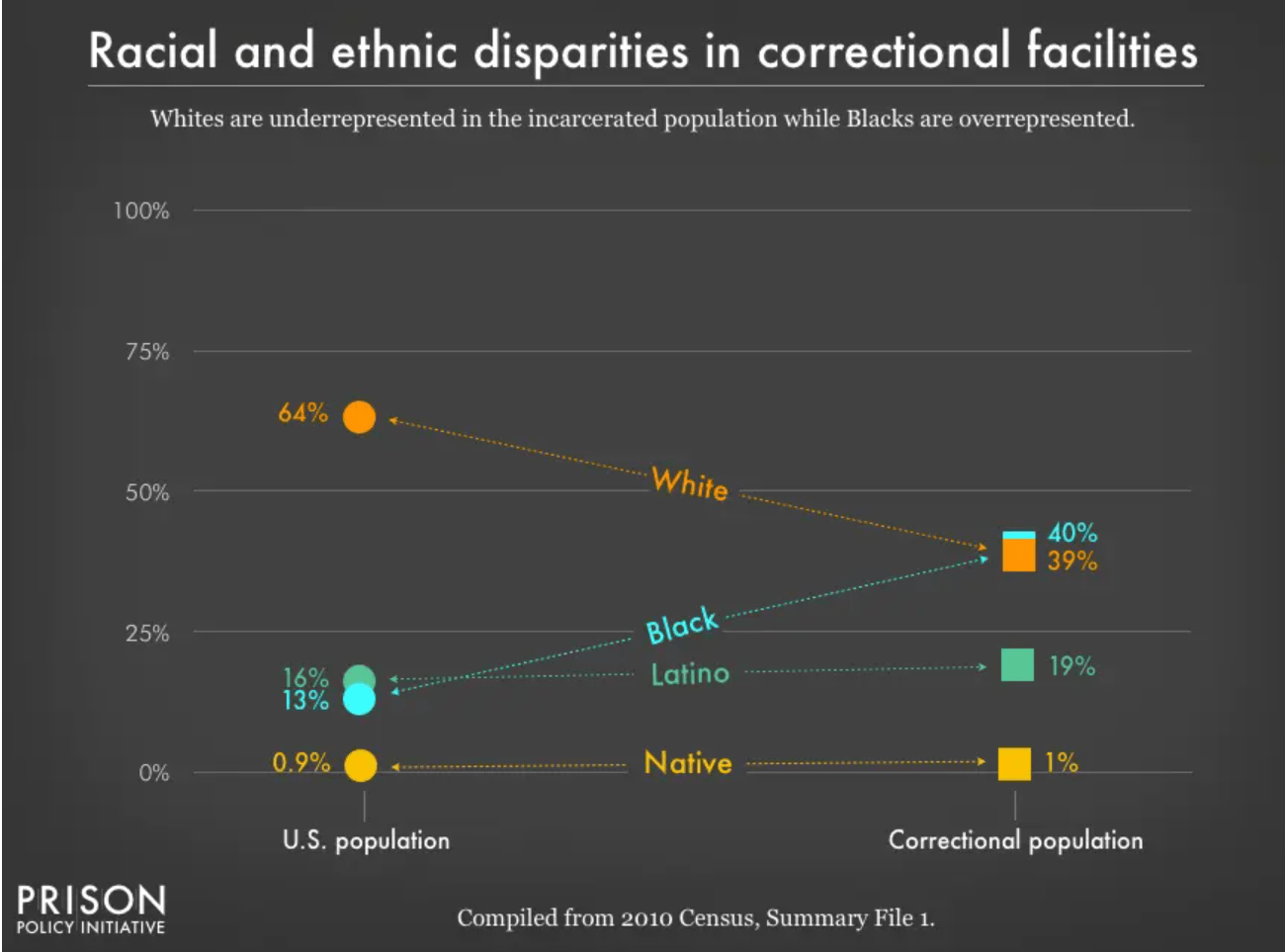 Black bodies were the first commodities in the capitalist economic system of the United States. Lashon Amado of Opportunity Youth United—a Tides Center project and a recipient of Tides Stronger Together Fund—sees the direct links between those beginnings and our present circumstances. “The justice system is the modern-day slavery system,” he says, citing criminal records as the contemporary means of branding Black bodies. The coronavirus crisis is further compromising already-strained healthcare, housing, education, and employment systems. Black Americans and others who’ve been historically marginalized by strategic political and legal barriers are more likely to suffer the consequences of the pandemic—like evictions, lack of access to healthy food, and inadequate or non-existent healthcare. “People are in survival mode,” says Amado. “They’re in the position to do things that may lead to incarceration.”

Even before COVID-19 hit, San Quentin was already desperately overcrowded and failing to care for its residents. In the wake of the pandemic, over 2,200 incarcerated people have tested positive and 28 have died as of September 2020 in this one state prison alone.

In discussing the criminalization of certain populations—particularly Black Americans—as a result of these patterns and chain effects, Amado references Ava DuVernay’s 2016 film “The 13th.” The film illuminates how the 13th amendment of the U.S. Constitution created a loophole after the legal abolition of slavery to justify enslavement and forced labor in the case of “criminal behavior.” When the amendment was ratified in 1865, the people behind it instituted policies to criminalize Blackness and incarcerate Black bodies. The consequences of the desperation and survival mode that Amado points to echo this history.

Power to the People

Moving beyond the perpetuation of these systemic cycles of racism and oppression requires different and better solutions. As Leal reflects on his journey as a formerly incarcerated person now serving in a leadership role, he reminds me of a quote from Massachusetts Congresswoman Ayanna Pressley: “The people closest to the pain should be closest to the power.” Unfortunately—and seemingly quite intentionally—this is not often the case. We more typically see people unfamiliar with the lived experience of oppressive conditions given the authority to offer solutions.

There are so many problems that exist with the system, but nobody is listening to the people who actually go through the system.

In his current role at Next Chapter, Leal is able to connect other formerly incarcerated people with opportunities to have real impact—rather than just simply be employed. This is a refreshing break from the norm. “There are so many problems that exist with the system, but nobody is listening to the people who actually go through the system,” Leal says. “The more that we tap into the lived experiences of people, we could learn so much and change so much so quickly.” 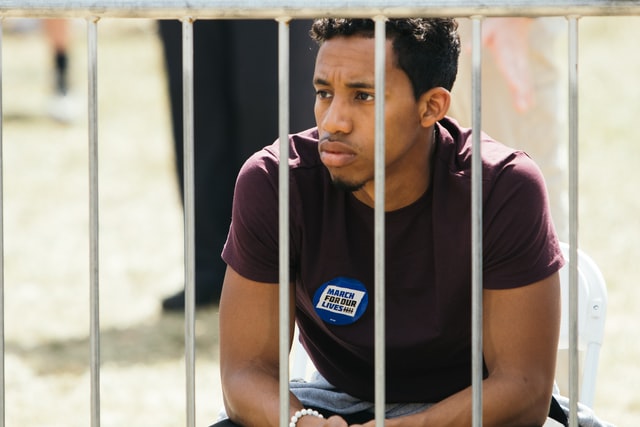 A young man is shown here during a student-led demonstration in support of legislation to prevent gun violence in the United States. © Alex Radelich. According to Lashon Amado of Opportunity Youth United, more civic engagement among young people who are now all-too familiar with systemic injustices will lead to more public officials being accountable to their communities, and ultimately less over-incarceration.

Amado knows that we also can learn and change by investing in youth. “It’s all about building power among young Black and brown people,” he shares. He thinks that more civic engagement among youth familiar with systemic injustices will lead to more public officials being accountable to their communities, and ultimately less over-policing and over-incarceration. Anthony Smith of Cities United, for whom Tides Center serves as a fiscal sponsor, agrees, “It’s really clear that we need young people’s voices at the table.”

Cities United’s Young Leader Fellowship provides a six-month intensive experience for 18- to 24-year-olds across the country who have a passion for social justice and systemic transformation. The fellowship supports young leaders to tackle issues of community and state violence, while also expanding their knowledge, skill sets, and networks.

The pandemic disrupted the program for this year’s young leaders, following their first trip to Birmingham, Selma, and Montgomery to deepen their understanding of the rich Black history in Alabama. This interruption illuminated how systemic barriers often obstruct progress for young Black folks, as several of the bright, next generation leaders found themselves lacking the necessary resources to navigate the abrupt transition. Unfortunately, the far-reaching systemic racism and classism embedded throughout the U.S. continues to impede innovative solutions at grassroots and community-based levels.

Responding to the Crisis

Amidst the horror of the mass incarceration crisis we’re in, Leal sees openings for change: “The pandemic presents a great opportunity to help people who aren’t aware become aware that everything in the prison eventually comes out of the prison.” He lifts up our interconnectedness, saying, “This isn’t an inmate or offender thing; it’s a community health issue.” 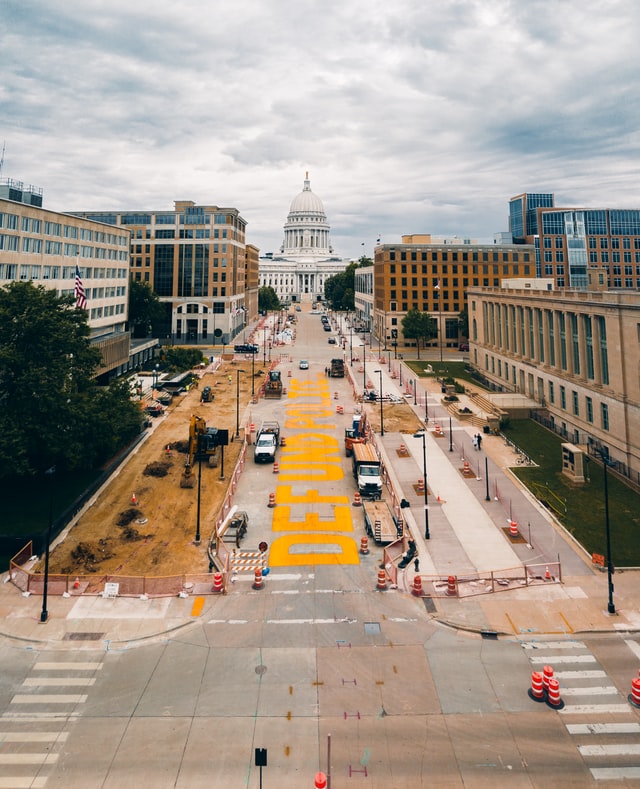 Newark, New Jersey, and Los Angeles are just a few of the cities where budget committees have redirected money away from the police in light of protests demanding resolution of enormous discrepancies in resource allocation. © Kayle Kaupanger

In Leal’s words, “We need a strategic plan for sure, but we need something right now that’s gonna get stuff done.” There are glimmers of hope in some responses to the movement for defunding the police—one viable tactic for addressing the crisis of mass incarceration. If we continue to disproportionately fund policing in Black communities, we will continue to see excessive and disproportionate incarceration of Black people. “We now have some examples,” Smith says. He references cities like Newark, New Jersey, and Los Angeles, California, where budget committees have redirected money away from police forces in light of protests demanding resolution of egregious discrepancies in resource allocation. This is just a start, and much more work must be done to truly reconcile systemic injustices. “Let’s reimagine for real,” Smith urges.

Amado points out that the heightened systemic failures of this time have revealed to many people—and many Black people in particular—that this country has never been set up for them. Despite this, we are here, and we’ve inherited a legacy of ingenuity, resilience, and survival. As Leal emphasizes, “We’re here because of the sacrifices that our ancestors made, and right now it’s up to us to carry that forward. We can’t afford to waver.”

Co-founder Patrisse Cullors on the Evolution of Black Lives Matter: From a Hashtag to a Nobel Peace Prize Nominee

Tides’ Director Erwin Acox Jr. Urges Us All to Get Real on National Day of Racial Healing