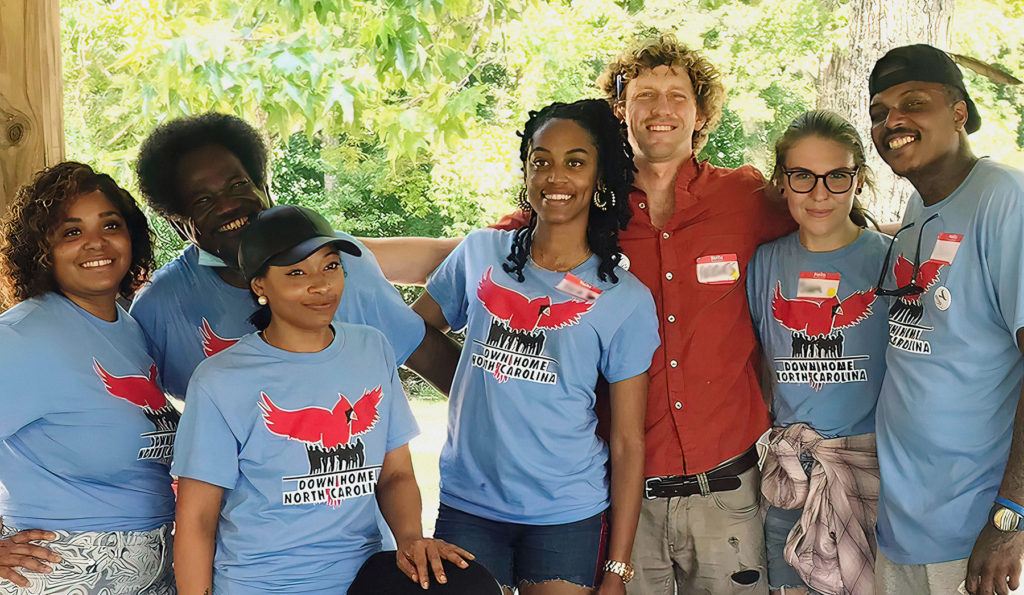 As the U.S. inches closer to the midterm elections, threats to voting rights persist: The rise of rampant voter suppression, racial gerrymandering, and disinformation further discourage and disenfranchise voters.

Since the beginning of 2021, at least 18 states have passed 34 restrict­ive laws that could create signi­fic­ant inform­a­tion gaps for voters and result in misin­form­a­tion, according to a report by the Brennan Center for Justice. These laws hinder people from voting by mail, reduce ballot drop boxes, impose stricter voter ID requirements, shorten voter registration time periods, and embolden partisan poll watchers.

What’s more, strategically calculated updates to district maps continue to dilute the voting power of people of color across the country. The watchdog site, All About Redistricting states that there are more than 14 states with active litigation cases that allege violations against the Voting Rights Act, or that race was a factor in how officials drew district maps. For example, the U.S. Department of Justice alleges that Texas “intentionally eliminated a Latino electoral opportunity in Congressional District 23, a West Texas district where courts had identified Voting Rights Act violations during the previous two redistricting cycles.” Similarly, in Milligan v. Merrill, a federal court challenged Alabama’s congressional districts. Plaintiffs claim that race was the predominant factor when drawing districts, as evidenced by the “packing [of] one-third of Black Alabamians into the state’s 7th Congressional District and cracking the remaining Black community.” Plaintiffs further allege that the congressional district violates Section 2 of the Voting Rights Act.

But at the same time, movement groups and proximate grassroots leaders across the country are working at the state and local level to take these issues on through smart, innovative solutions. These leaders are boldly challenging ongoing waves of voter suppression, sometimes through protracted legal battles, mobilizing underrepresented communities to exercise their voting rights, tracking disinformation, and advocating for fair and equitable district maps.

Many of these leaders are grantees of Tides Foundation’s Healthy Democracy Fund (HDF). In this year’s election, Tides will continue to prioritize funding to more multi-issue, civic engagement organizations that are community-driven and serve in states where there are opportunities for BIPOC-led, local groups to protect election integrity, dismantle voter suppression, and create momentum in every election.

HDF grantees demonstrate the power of communities and local leadership to inspire and re-engage first-time voters and ensure all communities have the ability to exercise one of our most fundamental freedoms: the right to vote. These are just a few of the grantees working to defend democratic rights state by state.

Ohio Organizing Collaborative (OOC) is a grassroots people-centered organization that’s working toward fair political maps and Black people’s full participation in democracy in the state. The collaborative organizes Ohioans to work for social, racial, and economic justice, while building political power through the engagement and mobilization of low-propensity voters, especially young voters and voters of color. They recently held a “Freedom to Vote” rally on the 57th anniversary of the Voting Rights Act at the Ohio Statehouse to stand up for fair district maps and protect all Ohioans’ right to vote. 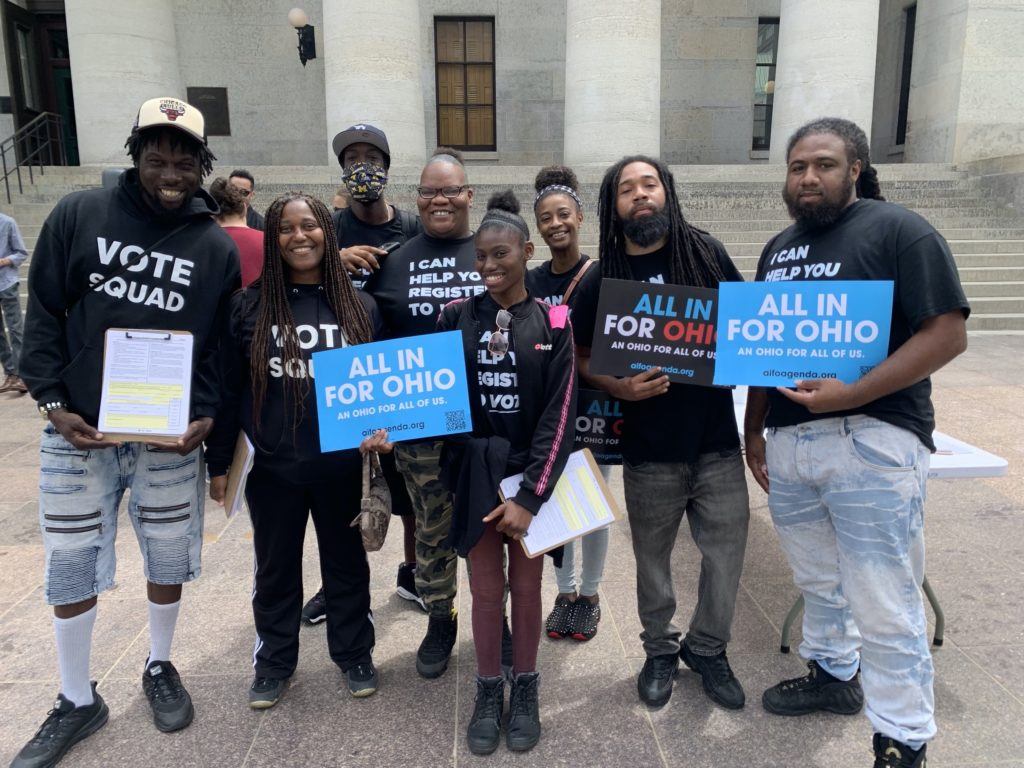 Ohio Organizing Collaborative volunteers helping to register and turn out over 50,000 voters throughout the state.

In 2022, the organization played a pivotal role in creating fair maps in the state: The Ohio Supreme Court struck down gerrymandered legislative maps five times thanks to their coalition work. The group is also part of a coordinated legal effort suing the Ohio Redistricting Commission for failing to pass fair maps and works to raise awareness among voters about the importance of fair maps.

To energize and mobilize Ohio voters ahead of the midterms, the OOC has partnered with the Ohio Student Association to raise awareness of the need for fair maps. The group partners with young Ohioans who serve as Democracy Fellows with their organization to learn about the importance of redistricting and how to use organizing and narrative strategies to win the fight for fair maps. Additionally, the OOC works to engage low- to no-propensity voters in Ohio, particularly young voters and Black voters.

We are Down Home is a growing statewide organization that supports economically disadvantaged communities and people of color in underserved parts of rural North Carolina. The organization’s priorities include leadership development, strategic campaigning, multiracial movement building, and civic engagement. Countering disinformation is at the heart of its work. The group tracks disinformation and trains community members to recognize and respond to it.

No small feat, Down Home has set a goal to speak to 10,000 rural North Carolinians to understand the needs of working class residents across the state. The organization also leads a year-round deep canvassing program focused on connecting with and learning from working class residents of small town and rural North Carolina. Through canvassing, volunteers and staff learn how residents think and feel about local and national issues, refine narrative and communication strategies, and identify supporters who will constitute a base that can be engaged. Additionally, these exchanges provide an opportunity to learn about which disinformation is prevalent in a given community, and how to neutralize it or protect residents against similar disinformation through continual and follow-up organizing.

Ahead of midterms, Down Home expects to deploy six full-time staff canvassers and a team of volunteers to expand its reach. 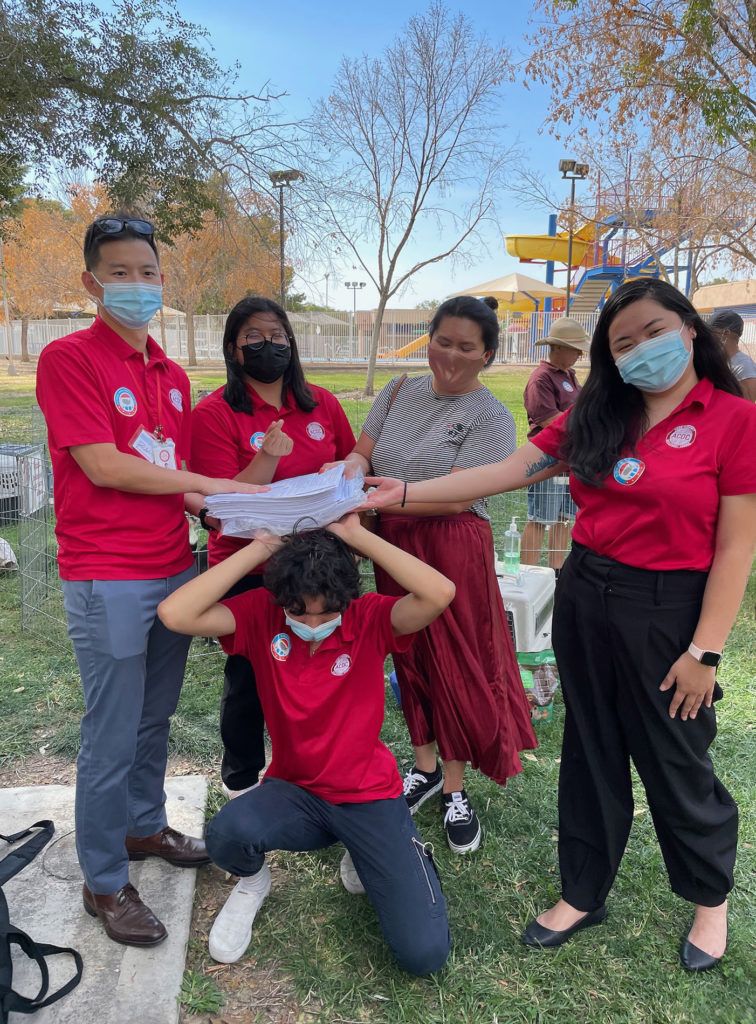 Partners of Silver State Voices on National Voter Registration Day in 2021 at a local petting zoo, collecting over 500 forms.

Silver State Voices (SSV) works to create a more robust democracy by increasing the civic participation of the New American Majority in Nevada. The organization develops infrastructure and employs new tools and technology to equalize civic engagement, access, and representation among these communities. Its recent signature activities include setting up shop in front of State Parole and Probation locations to make sure formerly incarcerated persons understand their eligibility to vote. The organization also hosted People Powered, an event to celebrate organizers on the ground through culture and to educate underrepresented communities on voter registration, election security, voter access, vote by mail, and building electoral power for a healthy democracy.

In 2021, SSV volunteers collected 5,407 voter registration forms across Nevada and built connections. Volunteers also learned how to organize in current pandemic scenarios to meet locals where they are, whether it be out in the community or at home through a screen.

Ahead of the midterm elections, the organization has been vocal about making sure voting is fair and accessible to all registered voters by urging state officials to increase voting options including mail-in ballots and add tribal languages to ballots.

Tides is honored to accelerate the power of all Healthy Democracy Fund grantees working on the frontlines to build a more healthy and inclusive democracy during this midterm season and beyond. We have granted almost $12 million to date. To learn more about the fund, explore our new 2022 priorities report. 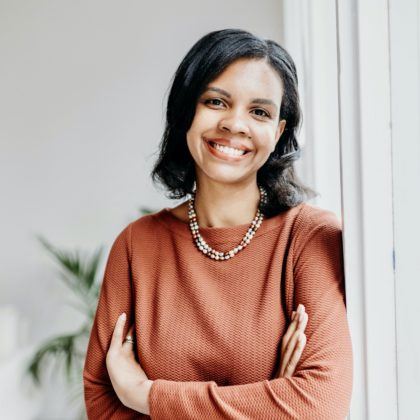 Liah Caravalho is a champion for social change and lifelong learning. For over a decade, she has applied her expertise in external communications, event management, and media relations to advance equity and economic opportunity. At Tides, she is the senior manager of external communications. In this role, she develops strategies to raise awareness of Tides’ impact in the social sector and amplify the progress of our partners working on the frontlines of social justice. Liah has previously served in communications roles at Mathematica and the Law Library of Congress. She holds a Master’s degree in Public Relations and Corporate Communications from Georgetown University and a Bachelor of Arts degree in Ancient Studies from Mount Holyoke College.