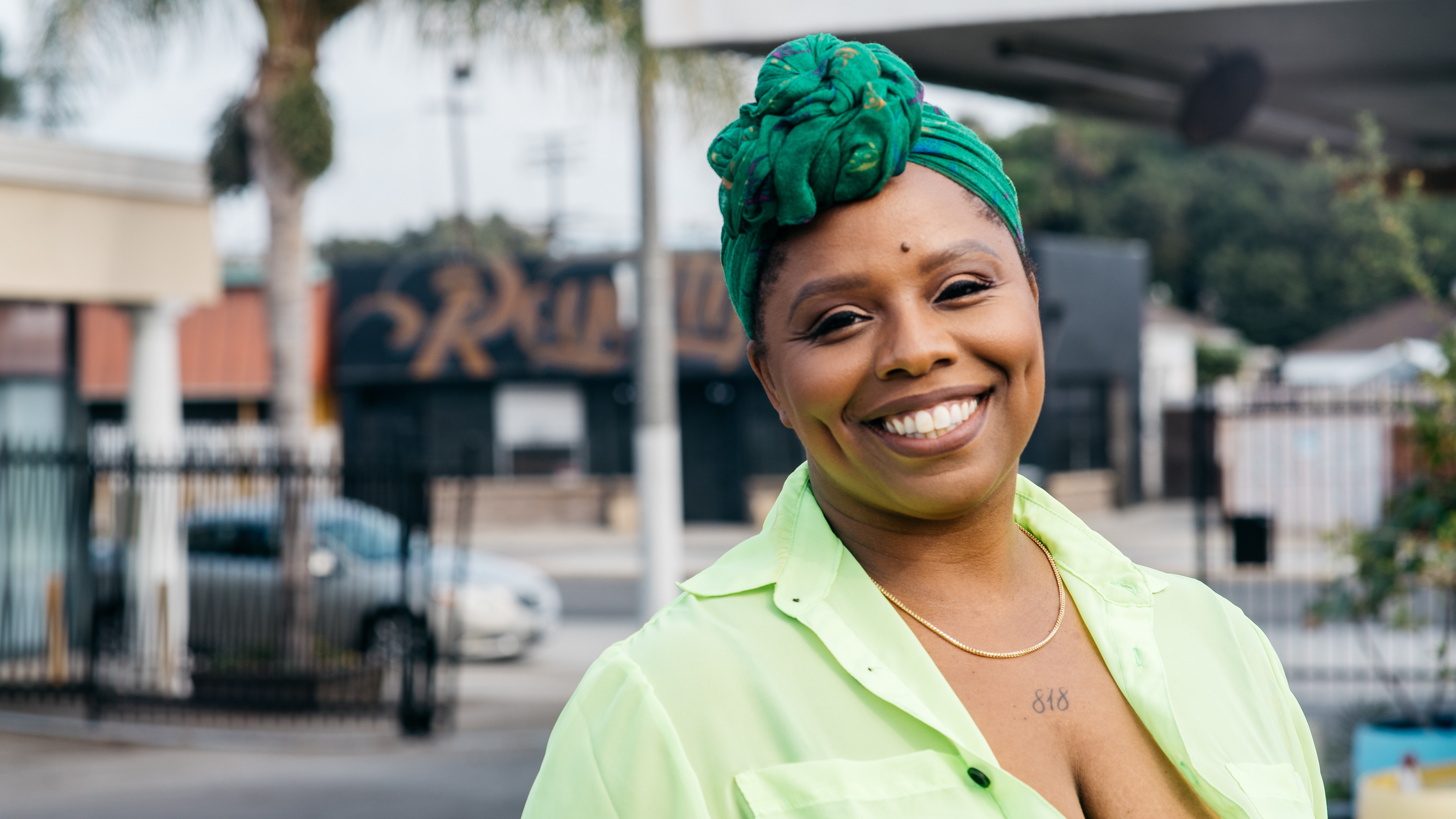 The Black Lives Matter (BLM) movement was co-founded in 2013 by Alicia Garza, Patrisse Cullors, and Opal Tometi in response to the acquittal of the man who shot Trayvon Martin, an unarmed 17-year-old Black high school student in Florida. The movement gained wider recognition in 2014 following protests over the deaths of Michael Brown and Eric Garner, both unarmed Black men who were fatally shot by police. Following the deaths of George Floyd and Breonna Taylor in 2020, Black Lives Matter helped mobilize a series of peaceful protests that sparked a national reckoning on social and racial justice and police reform in America.

We speak to Black Lives Matter Co-founder and Executive Director Patrisse Cullors about what this moment means for the movement—and how far we still have to go. 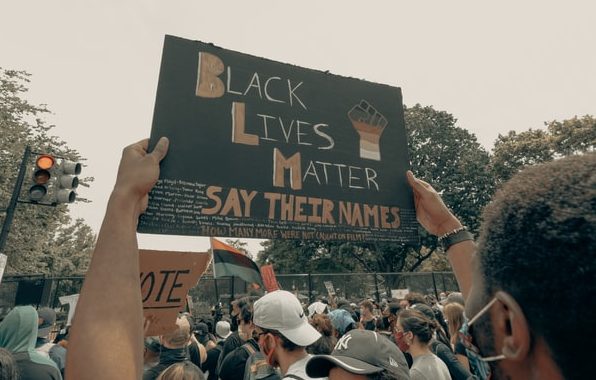 How did you find out that BLM was nominated for a Nobel Peace Prize, and what was your reaction?

I was in the middle of a meeting and received a text from a trusted advisor. My mouth dropped!

What does it mean for BLM to be nominated for this prize, given the ways BLM has been portrayed in the media and by individuals and groups opposed to the movement?

We read this nomination as a symbol of our movement’s power. Only seven years ago, the movement started online with a hashtag—one that affirmed a basic right to life. We were shocked, but not surprised, that such a basic call could evoke such anger and pushback from people all over the world. For BLM to now receive a nomination from our world’s highest honor within peace work is a statement that our affirmation of a right to life was needed. That Black lives have not mattered across the globe for too long, but our movement is changing that.

In his nomination letter, Petter Eide, a member of Norway’s parliament, wrote he had nominated Black Lives Matter “for their struggle against racism and racially motivated violence,” adding that “BLM’s call for systemic change has spread around the world, forcing other countries to grapple with racism within their own societies.” In what ways do you think BLM has moved the needle on social and racial justice in America and the world?

BLM did not start something new. Our movement is one of many—movements that are ongoing today and movements that have been built upon in years past. What we have done is unite a multi-racial, transnational group of people under a basic call. While our work is widespread, our mission is simple: we want Black lives to matter. For an entire movement to be shaped around this has illuminated to many all the different ways that our world has devalued Black life. As our movement has grown, our areas of work have spread: we started on social media platforms and on the streets. Today, we continue that and are also stepping into public policy and electoral politics. 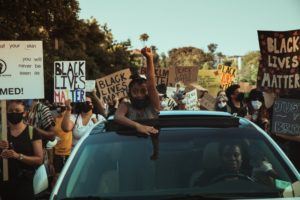 All of this comes on the heels of so many challenges, disruptions, and tragedies: COVID-19; the tragic police killings of George Floyd, Breonna Taylor, and so many others; voter suppression; the attacks on the U.S. Capitol—all of which have directly and disproportionately impacted Black communities. How does BLM prioritize and tackle these issues?

We approach every issue through the Black experience: How are Black people being impacted? What do Black people, in this particular moment, need? Then we reflect on our sphere of influence and begin to respond. In some areas, like electoral politics and policy, we are only getting started, so we respond in the ways that we know we have impact: through digital media and public awareness.

2021 is a new year, but the challenges remain. What is BLM’s focus for the new year, and how can people get involved? 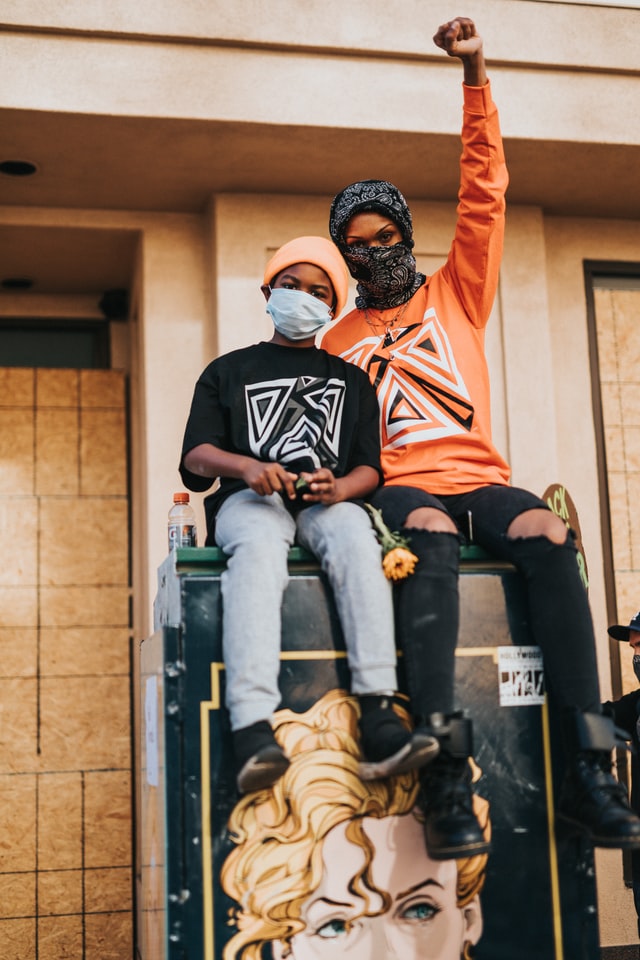 While we’ve never needed a reminder that our mission remains important, 2020 and the impact it has had on Black communities has shown more people that our mission is an urgent one. Fundamentally, we will never be able to do all that we want to. It is impossible for us to be in all the places and spaces we know we need to be in. But the devastating economic impact that COVID has had (and will continue) having on Black communities is where we’re focusing our efforts. We all know the national status on unemployment, how these rates skyrocketed last year. But how many people know that about half of all Black-owned small businesses have been wiped out? That Black families have been almost twice as likely to be forced to move than white people? In deciding what we want our focus to be, we look at what’s going on in the world and how it’s impacting Black people. The effects of COVID-19, on all fronts, have been devastating for many. For Black and brown people, the impacts have been exacerbated. We’ll be focusing on economic justice, while continuing our never-ending push towards reimagining public safety.

At the individual level, people can get involved by buying Black. Shop at your local Black-owned small business, support Black creators, and consider donating to Black movements and organizations across the country. Look to your workplace and ask: Are we supporting the movement? Is there more that we can be doing as an institution? #BuyBlack

What would winning the Nobel Peace Prize mean to you, personally?

Our movement doesn’t belong to one person, or one small group of people. As executive director of the organization supporting this movement, I would be reminded that the last seven years have only been the beginning. How exciting.

But what I would also hope for is this: that with the win comes a promise. Far too many times have Black people been promised progress, only to be met with a label of criminalization and threat. Recognition means little if it is not met with action and accountability.

Tides’ Director Erwin Acox Jr. Urges Us All to Get Real on National Day of Racial Healing