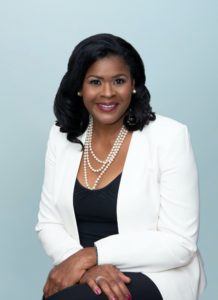 Anucha Browne, an accomplished executive with deep cross-sector experience and a legacy in women’s college sports, has joined Tides as its first chief impact officer.

In this role, she will lead the execution and implementation of our strategic initiatives to advance our goal of strengthening the power of BIPOC-led organizations and their communities.

Before joining Tides, Anucha was the chief advocacy and engagement officer at UNICEF USA, where she was responsible for managing strategy, engagement, advocacy, congressional relations, emergency response, and domestic programs. She pioneered domestic programs and grants in support of vulnerable children in the U.S. impacted by natural disasters, disease, and migration. She also launched UNICEF’s Child Friendly Cities Initiative to build safer, more just, equitable, inclusive, and child responsive cities around the world.

Previously, she served as the NCAA’s vice president of women’s basketball, where she set the strategic direction and oversaw the operation and management of its Division I, II, and III women’s basketball championships. She also acted as the organization’s regional, national, and international spokesperson and primary liaison to the women’s basketball committees and to 1,200 public and private colleges and universities on all matters related to the sport. Anucha has also held executive leadership positions at the University of Buffalo, the NBA, and IBM.

She credits her achievements to the passage of Title IX, which gave her the opportunity to play basketball at Northwestern University and gain valuable leadership skills.

“The lessons in leadership, teamwork, and courage that I learned as an athlete have guided my choices and decisions. Through the many storms I’ve weathered, my path has been steeped in the legacy of Title IX.”

Here, Anucha discusses more about her distinguished career journey and why she chose Tides.

Why did you join Tides?

I have spent most of my career working in professional and collegiate sports. While I was thriving in this work, I was constantly looking for ways within my role to address the needs of marginalized communities. I had a calling to make more of an impact in the lives of others, and after working in sports for over 20 years, it prompted me to make a career pivot into human rights work. Over the last five years, I’ve immersed myself in children’s rights and the systemic inequities that restrict progress for women and children. During this time, I’ve also had many conversations about systemic racism and how to mobilize voices and collective efforts to effect real and sustainable change. This opportunity at Tides allows me to work with a talented staff and focus on building a more equitable world that prioritizes advancing agency for marginalized individuals and communities while creating clarity about how this work ladders up to our impact goal.

How does this work build upon your career?

I think that at the end of the day everyone wants to be able to articulate the impact they are having and the difference they’re making. Whether competing in sports, working in sport technology, or working in executive roles, I have learned how a team is central to an organization’s success. Individuals and units can create goals and metrics to position themselves for success. That’s important. However, an organization’s collective impact is accelerated when there’s cohesion, cross-team collaboration, and shared accountability. This new role allows me to use my full and diverse resume of experience to make sure this is happening at Tides and with the communities we serve.

What are you most looking forward to at Tides?

I’m looking forward to working alongside an incredibly talented group of individuals who are devoted to accelerating social change in the U.S. and abroad. I’m also excited about facilitating new partnerships, innovation, and enhancing our impact and getting acquainted with staff. I believe that the best working environments must include elements of lighthearted fun.

What is your experience in philanthropy and facilitating impact?

Throughout my career, I have been focused on facilitating impact. During my tenure at IBM, I oversaw several major corporate giving projects that involved providing better technology for schools in underserved communities. During my time in professional sports, I was responsible for developing programs that allowed professional athletes to give back to the communities they served. I established a new approach to developing projects in partnership with professional athletes, so that the programs would reflect the experiences and desires of a player along with the needs of the community. One flagship program was a financial literacy program called the “Kurt Thomas Investment Challenge.” This became a partnership with Merrill Lynch, the New York Stock Exchange, and high school students from an alternative high school in New York. The program provided young people who were struggling in traditional school settings an opportunity to learn how to invest money and gain internships at Merrill Lynch.

During my last few years at UNICEF USA, I was responsible for securing the annual $135 million U.S. government appropriation that funds global programs to support the needs of children. In addition to that work, I oversaw the domestic engagement strategy and the engagement of 100,000 volunteers who were central to meeting an annual $600 million fundraising goal.

What are some fun facts about you that might not be found on your resume?

Two years ago, prior to the pandemic, I joined an all-women’s ice hockey team. Yes, I’m 6’1” and I play ice hockey. I also enjoy hiking, biking, camping, and spending time coaching and mentoring women. I believe throughout your career you should “lift as you rise.”

Tides accelerates the pace of social change, working with innovative partners to solve society’s toughest problems. We push the boundaries with every dollar and idea to fuel real and lasting change. We are working to create a world of shared prosperity and social justice founded on equity, human rights, and economic empowerment; a sustainable environment; quality education; and healthy individuals and communities.

Tides Board Member Brickson Diamond Talks Advancing Opportunity and Access for Those Who Should Have It, But Do Not

It Is Our Responsibility to Shift Power