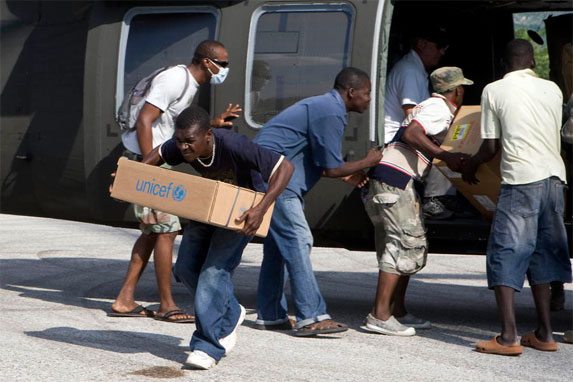 I awake to another blue sky, and two UN vehicles in our drive. Is there news? No, nothing. No updates on aid coming in, or anyone going out.

Pistare, Pistare is a phrase that keeps going through my mind. If you have trekked in Nepal, you will know what I am talking about. Slowly, Slowly. Everything happens slowly here, and it will continue to move that way. It is both a cultural norm and the current physical reality. Life works differently here. And infrastructure, or lack thereof, predicates the slow pace of building, rebuilding, responding.

I have taken to keeping a bottle of water nearby. But not for drinking. Every time I think the ground is shaking, my eyes jump to the bottle to see if the water is sloshing. Each time, it seems, it is in my imagination. There have been some ongoing aftershocks. A few big ones during the night, but I slept through them. A couple during the day as well, but not nearly as many as there are in my imagination.

We get more and more news. None of it good. An American who got safely out of their hotel, only to run back in after a computer, and not return. A family member of one of our crew, buried in rubble in PaP. They are trying to dig her out, using cars and ropes to pull the concrete blocks off of her. Without the proper rescue equipment they are now risking their own lives.

A couple arrived from PaP. Their building collapsed around them as they stood in their fourth floor flat. The husband had just come home from work. His niece and son were both buried. He was able to dig them both out. They ran with what they had on their backs. Able to find a truck to get them out of the city, they got as far as they were able, then hired a motorbike to get them over the mountain to Jacmel. A long and very treacherous ride on a motorbike, with rock slide debris covering the road. At times they had to get off the motorbike and walk single file. They kept their eyes on the road ahead, rather than looking down the steep ravine where one false step could send them. The rock slide debris made it all the more treacherous, and an aftershock at the wrong moment could send more rocks down the hillside towards them. But they got here in one piece. They paid $50 for a gallon of gas.

They brought us more horror stories from PaP. About the piles of bodies in the street, which everybody has by now seen on the news. They tell of people fighting over a pot of rice, seemingly oblivious to the bodies around them. What can they do about the bodies? Nothing. But they can do something about preserving a few morsels of food for themselves and their families.

There seems to be a mass exodus, via foot, from PaP. People don’t know what to do with the bodies. They have no home, no food, no water. The aid is arriving, but each step of their work takes time; and it will take time to reach all of the people of PaP.

Ruth Bender is former Philanthropic Advisor for Tides. She wrote this blog from Haiti for Carry On, the blog of Travel+Leisure magazine.

Donors aren’t planning to pull back on giving in 2018