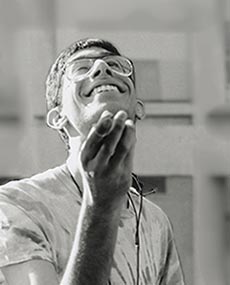 San Francisco, March 6th, 2013 — Politicians have been gerrymandering legislative districts — and distorting democracy — for almost as long as the United States has been a nation. But average American citizens now have a powerful tool to challenge those distortions, thanks to the talent and vision of the seventh annual winner of the Antonio Pizzigati Prize for Software in the Public Interest.

This year’s Pizzigati Prize winner, Micah Altman, has teamed with political scientist Michael McDonald to develop the first software that empowers average Americans to impact the process that determines how legislative districts get drawn.

The drawing of legislative districts has always been one of the least transparent — and most easily manipulated — steps toward democratic governance. Altman and McDonald set out seven years ago to break this political insider lockgrip on the electoral mapping process.

The initiative the two activist scholars went on to launch, the Public Mapping Project, would involve “good government” and other nonprofits across the country in a drive to develop redistricting software that any concerned citizen could use.

The software that eventually emerged out of this effort, DistrictBuilder, runs on ordinary Web browsers. Anyone with a computer can access DistrictBuilder and use it to both create legislative maps that fairly divide political power and evaluate the maps that legislators create, usually with their own partisan outcomes in mind.

Before DistrictBuilder, few community advocacy groups ever dared dive into the redistricting process, partly because lawmakers kept the process opaque, but also because the groups simply lacked the capacity and ability to draw redistricting maps themselves.

But DistrictBuilder has changed everything. In the redistricting that followed the release of the 2010 Census data, citizen groups submitted about 100 times as many redistricting plans as they submitted ten years earlier.

All this activity has had a direct impact on the politics of redistricting. Citizen plans have won widespread media attention and reframed redistricting from a problem citizens can only complain about to an activity that citizens can engage and affect.

In the post-2010 Census redistricting cycle — for the first time ever in American history — citizen groups have had their plans submitted as bills in state legislatures, recognized as legitimate by courts, and even, in part, been incorporated into new legal districts.

Micah Altman credits this success to the broad partnership the Public Mapping Project has been able to forge. National groups ranging from Common Cause to the League of Women Voters have worked side by side with the Sloan and other foundations that have provided the resources to help along the software development work. And Azavea, the firm involved in that development, has also contributed significant pro bono support.

Altman himself has been programming for social change since, as a 19-year-old, he helped the Washington, D.C.-based Clean Water Action better handle its data in the late 1980s.

“I was originally hired to do phone canvassing,” he remembers with a smile, “but we soon discovered I had much more of a comparative advantage for programming and database administration.”

Altman, now 45, earned his doctorate at Caltech and spent some years working in Silicon Valley. But he has spent most of his professional career deeply engaged with research and open-source software projects, with an ongoing interest on how technology can help open up the political process to greater levels of citizen involvement.

Altman currently directs research in information sciences at the MIT Libraries in Cambridge, Massachusetts. He also serves as a non-resident senior fellow at the Brookings Institution.

DistrictBuilder has won honors from the American Political Science Association, but nothing gives Altman more pleasure than how swiftly students have taken to it.

“It’s been very gratifying,” he says, “to see students use the software to create legal districts and really engage with the political process.”

In Virginia, students created maps that — on objective criteria — soundly beat the legislature’s plans. In New York, the courts incorporated student ideas into the redistricting plan ultimately adopted. In Michigan, amazingly, a ten-year-old came up with a mapping plan that bested, Altman notes, the legislature’s plan.

Minority groups have also been able to put DistrictBuilder to good use. In Minneapolis, Somali and Latino community organizations used the software to draw districts that became part of the final city redistricting plan.

Minneapolis, quite fittingly, also hosts the 2013 Nonprofit Technology Conference of the National Technology Network. Altman will be awarded the 2013 Pizzigati Prize this April 13 at the NTEN conference’s final plenary session.

The deadline for next year’s Pizzigati Prize will be December 15, 2013. Applications forms and background information will be available later this year at the Pizzigati Prize Web site.

About The Pizzigati Prize

The Antonio Pizzigati Prize for Software in the Public Interest goes annually to an open source software developer who is adding significant value to the nonprofit sector and movements for social change.

The prize honors the brief life of Tony Pizzigati, an early advocate of open source computing. Born in 1971, Tony spent his college years at MIT, where he worked at the world-famous MIT Media Lab. Tony died in 1995, in an auto accident on his way to work in Silicon Valley.

To learn more about the prize and its judging criteria, visit www.pizzigatiprize.org.

Tides, the Pizzigati Prize selection process host, partners with philanthropists, foundations, activists, and organizations across the United States and around the globe to promote economic justice, robust democratic processes, and the opportunity to live in a healthy and sustainable environment where human rights are preserved and protected.

A nonprofit founded in 1976, Tides provides an array of services that amplify the efforts of forward-thinking individuals and organizations. For more information, visit www.tides.org.