This election year we saw a record-setting number of women of color running for office, and notably, the first woman of color vice presidential candidate for a major party. Equally notable and less headline-grabbing, however, were the Black, Latina, Asian American and Pacific Islander, Middle Eastern or North African, and Native American women who ran in down-ballot races, each group surpassing numbers in years past in Congressional races alone.

This year saw the largest number of Black women running for local and state elections in our nation’s history.

Why is this significant? Because we know that women of color are the fastest growing voting bloc in the country, and representation goes a long way in energizing the vote. If this trend continues, we can expect a rapidly changing landscape, not just among candidates and elected officials, but among engaged voters as well. 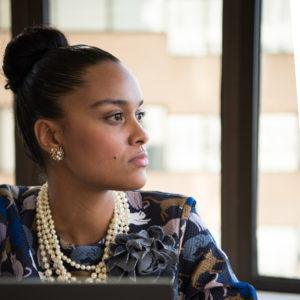 Black women candidates also came out in droves this year, with at least 122 Black or multi-racial Black women filing to run for congressional seats — a stark increase from just 48 in 2012. Black women have long been credited for shaping the country’s democratic process, including fighting for the 19th Amendment, only to be denied its benefits when it was passed into law. Black women would not be given the right to vote until years later. And until recently, Black women have not been well represented in political positions.

This year saw the largest number of Black women running for local and state elections in our nation’s history.

This is the largest number of Native American women who have run for the House or Senate, overall and in both parties, in any single election cycle.

All told, 117 women of color ran for Congress as Democrats or Republicans this election year. And a record 298 women in total ran for the House of Representatives on a major party ticket. These numbers build on the 2018 midterm elections, when we saw a record number of women win seats in the House, including 61 Black women, 32 Latina women, and six Native American women.

What we are seeing is worth taking note of because the numbers tell an undeniable story: Women of color are energized both on the ballot and in the booths. The more women of color candidates, the more women of color voters — and at a time when inclusion is key to ensuring our democratic process, that’s not only a good thing, it’s historic.

Learn more about Tides’ work to close the voter turnout gap and restore a healthy and just democracy.