We hear the same story every four years: “This is the most important presidential election of our lifetime!” But this year—amidst a global pandemic, the summer uprisings against police violence, yet another economic crisis, and the climate crisis continuing to play out with the entire west coast covered in wildfire smoke and hazardous air—voters seem to agree. 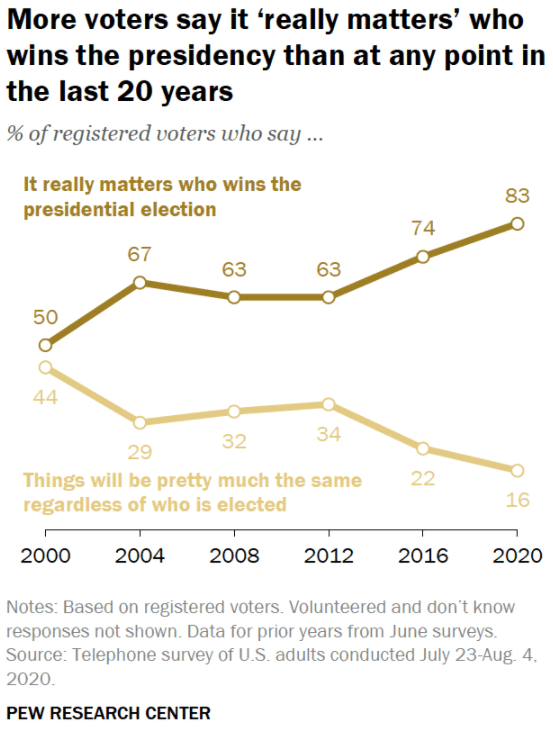 Eighty-four percent of registered voters say that “it really matters who wins the presidential election.” It’s a modern-day record, up from 50 percent from the Bush vs. Gore presidential race 20 years ago.

For those of us doing civic engagement and democracy work, that level of voter interest is fantastic and encouraging news. And taking into account the surge in the 2018 midterm turnout, these signs foretell voter turnout increases this year, as well. But there are still major challenges for democracy work and the movements for racial and climate justice.

Just because voter interest is piqued due to a multitude of crises, it doesn’t mean that the 2020 voting population will be an accurate representation of our country’s diversity. Nonvoters have historically been disproportionately people of color, lower income, and of lower educational attainment.

To counter voter inequities, Tides Foundation’s Healthy Democracy Fund is working to invest resources in communities where voters haven’t seen that voting has historically made a difference or who have historically been disenfranchised—either through deliberate  disenfranchisement policies, such as voter ID restrictions, or hour-long lines.

And while voters see the stakes in a way they haven’t previously witnessed, issues like racial inequality and climate justice still aren’t a priority. Only 52 percent of voters listed racial inequality as “very important” to their 2020 vote, and 42 percent said the same of climate change, putting these critical topics at 8th and 11th place respectively on the voter priority list.

Unfortunately, low-priority issues typically don’t make it into candidates’ ads or talking points. And if they don’t feel pressure to campaign on a certain issue, it’s even more unlikely they’re going to do much about it while in office.

The bottom line is that despite numerous efforts, we’ve not yet successfully funded and organized a large enough movement at scale around these critical issues. The problems are so large and intractable, that incremental chipping around the policy edges with the same political base of voters will not help.

To expand the pool of voters who care about climate justice as an issue, our movements need to transform the narrative.

Tides Foundation’s Green New Deal Network Fund is a home for hundreds of organizations across many different issue areas to advance their work to pursue climate justice. The Fund enables them to coordinate their work to secure passage of a series of national, state, and local policies that not only envision but actually achieve a just transition from fossil fuels to a sustainable economy.

By connecting the issue that voters prioritize above all others, “the economy and jobs,” with the already-arrived climate crisis, our movements can change what has become an incredibly polarized conversation around climate politics.

A Data for Progress poll of congressional districts that have historically swung back and forth from Republican to Democrat shows that Green New Deal policies are popular and that focusing on the job and economic growth benefits of the Green New Deal is particularly effective for persuading voters of a pro-climate message.

In 2020, the Green New Deal Network Fund is mobilizing infrequent voters and non-voters under age 35 using the Just Transition framework, which aims to shift to an economy that is ecologically sustainable, equitable, and just for all. By converting non- and irregular voters to regular voters and connecting the climate issue to more highly prioritized issues in the minds of existing consistent voters, we are starting to see the beginnings of something that could transform this discourse around the climate issue. But the Network needs to scale much more to achieve this.

The United Front Campaign: Confronting Injustice in the Streets and the Ballot Box

On the issue of racial justice, the Movement for Black Lives, Working Families Party, and Rising Majority have launched its United Front Campaign—which recently received a $500K grant from Tides Foundation. The movement to defend Black lives is the largest protest movement in US history. Half of the estimated 26 million people who protested were new to taking action.

The bottom line is that despite numerous efforts, we’ve not yet successfully funded and organized a large enough movement at scale around these critical issues. The problems are so large and intractable, that incremental chipping around the policy edges with the same political base of voters will not help.

In the context of the 2020 election, the Campaign will engage that base to take action in election defense tactics, including training and monitoring polls and working to eliminate misinformation and disinformation to protect the results of the election.

The Campaign’s election defenders are prepared to defend our democracy ​after​ election day— particularly given that final results cannot be expected on election night due to COVID-19 and mass mail-in voting. The Campaign puts into concrete practice the longstanding connection between the struggles against racial injustice and voting rights and democracy for Black people in this country.

The prospect of increased voter turnout is an exciting one, but for the issues that the Tides community has worked to impact for over 40 years, voting will not be enough. However, the promise of initiatives like the Green New Deal Network and the United Front Campaign, which connect climate and racial justice struggles across democracy work give us hope. We need to be able to resource and support these movements at the scale that will be required of all of us to win the kind of policies we want to see enacted.

Tides and our partners in the Healthy Democracy Fund are supporting critical groups that make sure our elections reflect the will of all of the people. Donate to promote voter participation and help close the voter turnout gap. 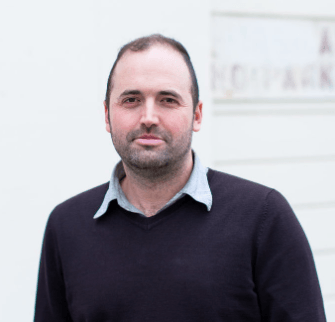 Ben Malley is the Political Director at Tides Advocacy. He works with donors and organizations to craft political strategies that build community power to deliver policy wins that provide material benefits to people’s lives. Ben has spent time at Alliance for Justice focusing on non-profit lobbying and compliance issues, worked in legislative affairs for the statewide California advocacy group Tenants Together, as policy director to a San Francisco political campaign, and for an MP in Canadian Parliament. He is a graduate of University California, Hastings College of the Law and lives in San Francisco.