The Pleasantville neighborhood on Houston’s east side provided Black servicemen an opportunity to own their own homes—something that was hard for them to come by in 1948 due to pervasive housing discrimination. What was designated as a residential area attracted numerous Black families—but it wasn’t long before the neighborhood of opportunity became home to several chemical and manufacturing plants, metal recyclers, and salvage yards, with freight trains and a steady stream of trucks trekking in and out of the residential area, polluting the air and compromising the health of its residents.  Yes, things were bad—but just how bad remained a mystery. 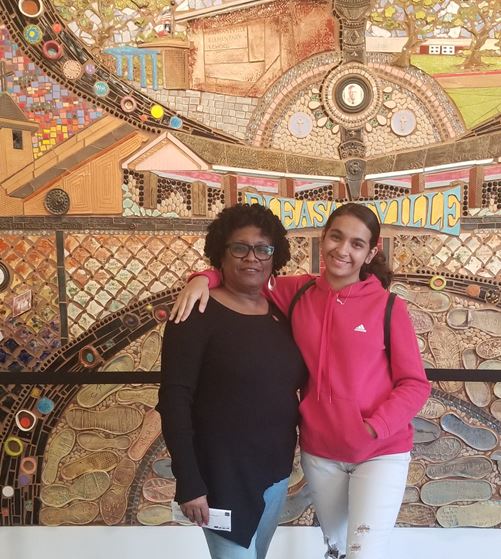 Until Bridgette Murray was introduced to the concepts of citizen science and community-university partnerships.

Believing that more data was needed to empower and protect her community, the retired nurse and resident of Pleasantville founded Achieving Community Tasks Successfully (ACTS) in 2012. The Houston-based nonprofit is a grantee of the Women’s Environmental Leadership Fund, (WE LEAD), a Tides Foundation funding initiative that launched in 2020 with an explicit focus on addressing historic inequities by directing resources to Black, Indigenous, and Women of Color (BIWOC) leaders and BIWOC-led climate justice organizations.

Since its creation, ACTS has been focused on three core areas: community-led air monitoring, food insecurity, and emergency response.

“Our primary mission is to provide education resources to underserved communities, and that has not changed,” Murray says. But when the recent devastating winter storm led to rolling blackouts in Texas, roughly four million residents were left without power in freezing temperatures. Among the first and hardest hit were marginalized communities, including Pleasantville. Not surprisingly, these communities are among the last to be reconnected. Given that many are low-income households, most residents could not afford to temporarily relocate during the crisis and are struggling to recover from  the power and water disruption.

The disparities existed before COVID and will still be there after unless action is taken to improve the quality of life for all citizens.

“Right now we’re focused on assisting with food distribution since we are also in a food desert, and supplying individuals and families with water because a lot of people suffered from plumbing issues related to the freeze,” Murray says, who also experienced power outages and frozen pipes in her own home. “That’s typically not something that we see a lot of here in eastern Texas. And not everyone is recovering at the same rate.” 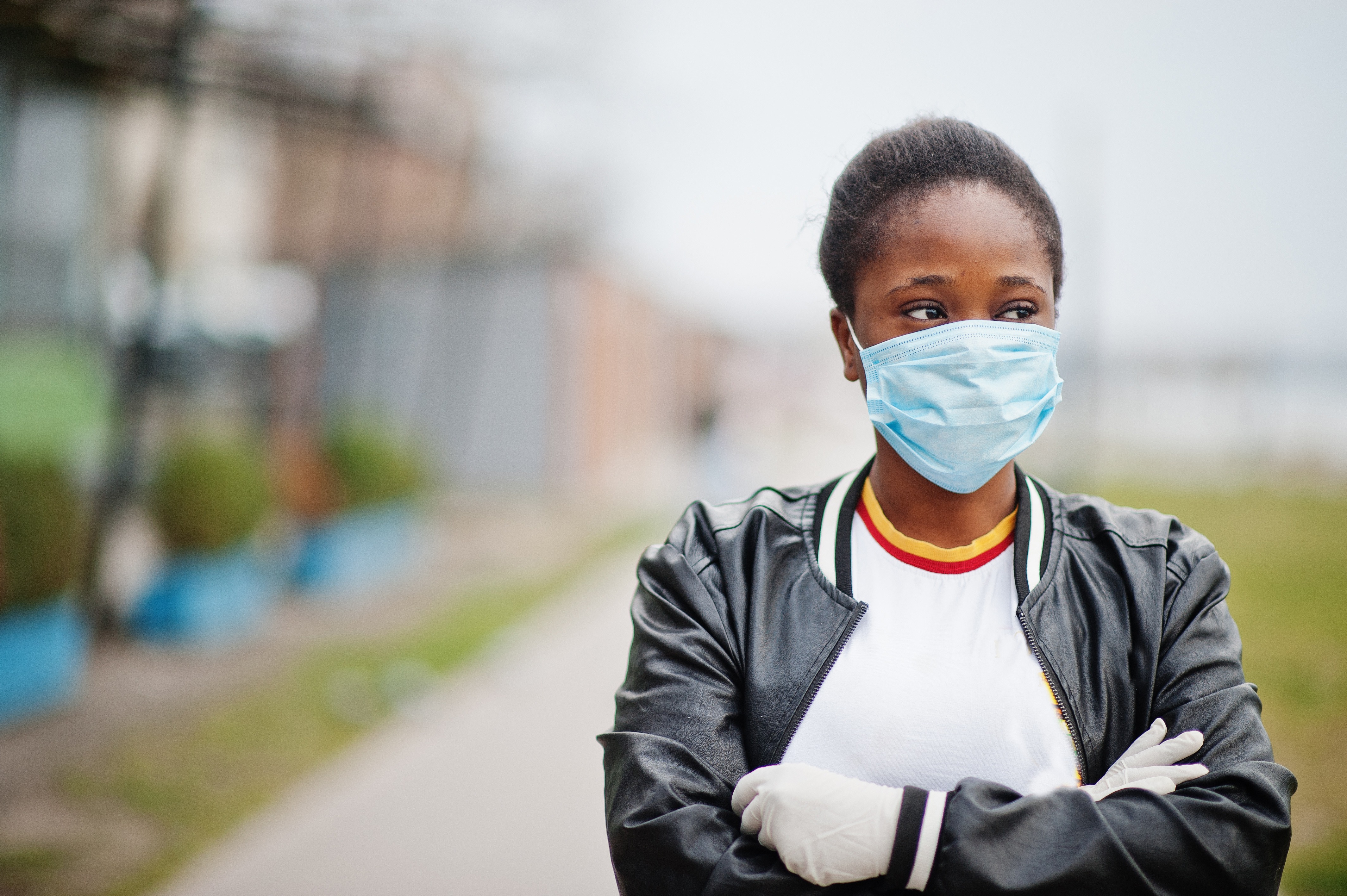 When freezing weather shuts down large refineries, large industrial complexes—like the ones throughout Houston—release bursts of pollutants into the air both when they shut down and again when they restart, which creates disastrous air conditions. © AS Photo Project – stock.adobe.com

Proximity to the industrial sites has been a contributing factor to health risks brought on by both the recent outages and the pandemic. According to an article in the New York Times, the freezing weather shut down large refineries and other industrial sites. When this happens, large industrial complexes tend to “release bursts of pollutants into the air when they shut down and again when they restart.” The article points to the days before and after Hurricane Harvey in 2017, when Houston’s network of petrochemical plants and refineries released millions of pounds of pollutants, raising health concerns in nearby communities. Electricity outages also meant that many air-monitoring stations were likely to be down.

Prior to the winter storm, ACTS already had its hands full providing services during the pandemic. Exposure to high levels of pollution has been blamed for leaving many Black and brown residents with weak or compromised immune systems—a weakness that can leave one defenseless to COVID-19. Pleasantville’s demographic reflects populations most at-risk during the pandemic: The community of 3,000 people is 75 percent African American, 25 percent Latino, and is close to a shipping port and freeway in addition to the industrial plants. Forty percent of the population is over the age of 50, and most families do not have private medical insurance. The closest county hospital is ten miles away. After flooding during Hurricane Harvey, the local hospital was closed permanently.

“There’s a lot of sick and vulnerable people in our community,” says Murray. “The disparities existed before COVID and will still be there after unless action is taken to improve the quality of life for all citizens.”

For her, this starts with capturing data. Murray began working with the HBCU-CBO Gulf Equity Consortium in 2016  and the Environmental Defense Fund (EDF) in 2017 to better understand Pleasantville’s air pollution and its associated harmful health effects. At the time, the nearest air-monitoring station was roughly two miles away, making it difficult to measure pollution in the community. EDF began working with ACTS to install community-owned monitors in the area. Residents were then recruited to work with project partners to determine goals, where to place the equipment, and how to maintain it.

When the recent devastating winter storm led to rolling blackouts in Texas, roughly four million residents were left without power in freezing temperatures. Among the first and hardest hit were marginalized communities, including Pleasantville. Not surprisingly, these communities are among the last to be reconnected.

Now, with the help of WE LEAD, Murray is  expanding the work of ACTS in Pleasantville and surrounding areas.

“With WE LEAD funds we are pursuing a modified CASPER study, or Community Assessment for Public Health Emergency Response study,” Murray says. “We want to do this so we can use a tool developed by the CDC that will provide a baseline in our community to determine and document our preparedness. In 2017 we went through Harvey. In 2018 we had to go through a big fire in an industrial plant that caused toxic exposure. These are repeat toxic events that we have to continue to respond to.”

The project, which is slated to launch in April, will be done in partnership with the Environmental Defense Fund and Texas Southern University. The goal is to gather data that will reveal the vulnerabilities in the community and identify the resources needed to address them. “Hopefully, this will become a template for other communities that are in similar situations so they can document their needs,” she says. 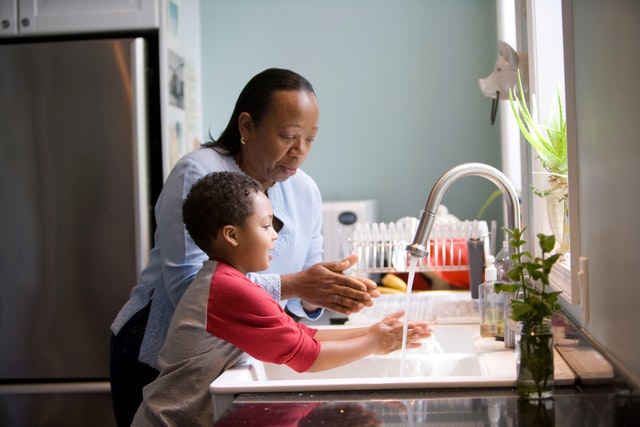 ACTS will use WE LEAD Funds on an intergenerational climate change air quality project with Rice University and a local middle school introducing the concept of air quality, climate justice, and environmental justice to the next generation. © CDC

In addition, Murray says ACTS will be using WE LEAD Funds on an intergenerational climate change air quality project with Rice University and a local middle school introducing the concept of air quality to its students. “The teachers are putting together a program for the kids to become knowledgeable about climate justice and environmental justice,” she says.

“I’m hoping that this is something the schools will do on an ongoing basis. We’re talking about a school population where a majority of kids qualify for free lunch. We want to demonstrate that all kids are concerned about the future and how they can make a difference.”

WE LEAD welcomes the opportunity to  amplify the vision and voice of BIWOC activists, such as Bridgette Murray, and direct resources to the growth and sustainability of climate justice organizations like ACTS.  In 2020, WE LEAD re-granted $1M to 20 organizations in the U.S., including ACTS, that are driving community-based solutions to the climate crisis and leading us through a new era of environmental justice and racial equity.

To kick off our 2021 spring grantmaking cycle, we have designed a Letter of Inquiry (LOI) process to hear directly from organizations and leaders about the needs of impacted communities. LOIs will be accepted Friday, March 5, through Friday, March 26, at 5PM PDT.

Climate justice demands democratic, community-based solutions, and equitable spaces where impacted communities are at the center of decision-making. WE LEAD promotes a shift in power and resources to those making a tangible impact on the ground, namely Black women, women of color, and Indigenous women taking on big polluters with local, community-based action.

To learn more about WE LEAD and the ways you can support this work, please visit www.tides.org/we-lead or email us at [email protected]