As the anniversary of George Floyd’s murder approaches, Tides employees took an opportunity to share their personal reflections and reactions to the past year and the recent conviction of Derek Chauvin. In collaboration with Tides’ Director of Justice, Equity, Diversity & Inclusion, Erwin Acox, Jr., Tides employees were asked:

Below are reflections sparked by this conversation. Tides believes that the Chauvin verdict was a step toward accountability, but the work must continue to ensure that racial justice extends beyond just one verdict. 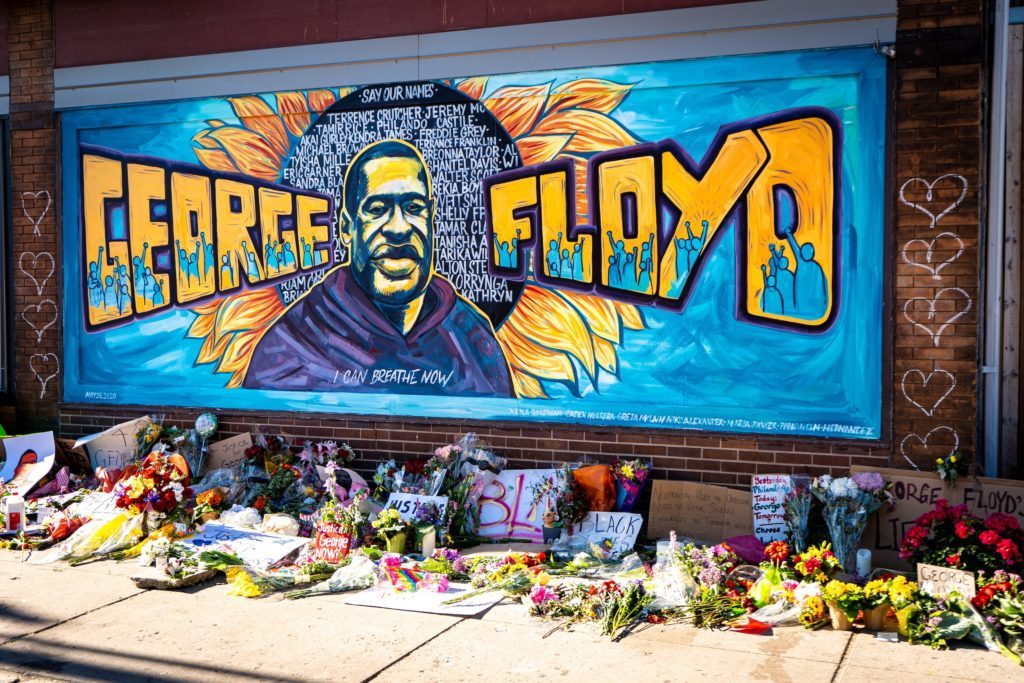 “It’s a very isolating feeling to be in a country where law enforcement stands ready and waiting to kill you because you’re Black. That feeling hasn’t shifted much for me.” (Photo © munshots)

“My initial reaction was disbelief that quickly turned to anger and outrage. I couldn’t believe it was happening and people were standing around watching and recording. Then, I also realized that folks probably didn’t intervene out of concern for their personal safety and was grateful that there was a recording. As a student of Critical Race Theory, I understand that the law and legal institutions in the United States are inherently racist, and function to create and maintain social, economic, and political inequalities between whites and nonwhites, especially Black people. In the moment of Brother Floyd’s murder, I was reminded of the feeling that no one in the world steps up to protect Black lives. Then, I saw the whole world stand up, and was amazed. It’s a very isolating feeling to be in a country where law enforcement stands ready and waiting to kill you because you’re Black. That feeling hasn’t shifted much for me.”

I see my role as listener, learner, and ally more clearly.

“As a white woman, I recognize more and more the inherent privilege I’ve been born into, particularly as I continue to open my eyes to the embedded and systemic nature of racism throughout American culture. What has changed over the years is my ability to see that privilege objectively, look at myself in the mirror, and ask the hard questions; when I was younger I simply wasn’t as aware of what being white in America truly means. As I continue on my own personal growth and reflection journey, today, I see my role as listener, learner, and ally more clearly; racism won’t be dismantled until each of us are ready to see, understand, and stand up and do the work. We each must do the work to change the course of history. “ 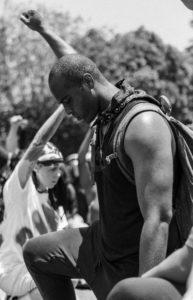 “I plead that you get to know me and not shoot me; don’t fear me but just let me make you laugh!” (Photo © Nathan Dumlao)

“The murder of George Floyd, Breonna Taylor and Dante Wright, and too many others reinforced my ardent belief that police (and whites) too often don’t see us Black people as human but as bugs that must be squashed and swept away. We view the cockroach as a vile, disgusting insect that must be annihilated versus the butterfly that is characterized as a lovely, transformative creature. This is analogous to how we as humans see each other. White people are often treated like beautiful butterflies; whereas Blacks are often treated like dreaded cockroaches. Of course, this oversimplifies it, but it is difficult to change deeply rooted feelings. We can’t talk with insects but, fortunately, we can start conversations with people who might be different on the surface but soon discover we have much in common. I plead that you get to know me and not shoot me; don’t fear me but just let me make you laugh!”

“George Floyd is part of a long line and history of Black men (and women) killed by police officers. I recall almost a year ago looking at the news playing the event over and over and feeling disgusted, but honestly not surprised. It was a different Black man, a different officer, a different location, but the end result if anything just felt more dehumanizing. Eleven months later, following the conviction – what I had not felt before were relief and release. A guilty verdict was unexpected. It is uncharted territory and I wrestle with allowing myself to believe it and to hope. Will there be an appeal? What does this mean? Are we just dealing with the symptoms? What about the racially inflicting virus that is harming this country for generations? Do I allow myself to hope? As a Social Justice facilitator, am I doing enough? I think it is still too soon. The trauma is still there. For now, I’m just allowing myself to be open-minded to all opportunities to shift our culture.” 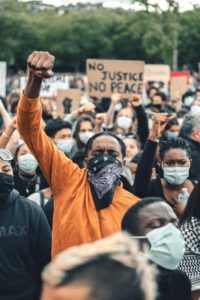 “At least finally we’ve set a precedent that policemen/women are not above the law, they’re not more important than other people.” (Photo © Thomas de LUZE)

“Seeing the graphic video of George Floyd made me really angry and dismayed at how our police force could be so inhumane but after hearing the eventual conviction of Derek Chauvin, I feel that at least finally we’ve set a precedent that policemen/women are not above the law, they’re not more important than other people, and that they should face the consequences of their actions. I hope we are able to provide better police training, reduce the use of lethal force, and have the police actually provide safety and security for all communities.”

Meet These Extraordinary Palestinian Leaders and Learn About Their Work

At EPIP, Storme Gray is Building a Home for Social Justice Philanthropy Practitioners